Google Earth has collected "street view" imagery for a high percentage of America and Europe's rural areas and most of that work has been done very recently so street view can be used to explore many existing wind farms.

Below are some screen shots of a 250 turbine wind farm near Zeewolde, Netherlands. The wind farm is old enough that GE imagery shows the turbine pads. To explore the wind farm go to Layers in Google Earth and turn on "street view". Then go to Gallery and turn…

This is a very important piece and is also posted in the NewsShare section of this website:

The Sounds From Our Mountaintops

Here's what you are going to get with wind turbines on the ridgelines. It will be equivalent to a rock band at each turbine site playing from a stage 400 feet above the ground, but these bands won't have much musical talent.

Well, Dan's post inspired me to share what is our experience here in Buckfield. The planning board proposed that a core group of members commit to meeting weekly in order to do the extensive work necessary to formulate a cohesive ordinance. We refer to the weekly meetings as "workshops" so that we aren't restricted in terms of quarum etc. We are not doing any official "voting" - instead formulating recommendations to take to the entire board for the voting.

I attended the Dixfield wind ordinance committee meeting of Feb 26th to see how they were coming along:

Well, we might just as well have Patriots Renewables writing it. Skitbitsky and our code enforcement officer, Calvin Beaumier, are taking all the work done by Norine Clarke and Steve Donahue and re-framing the wording to essentially allow the wind farms on Colonel Holman. Initially, Norine and Steve proposed a one mile setback to adjacent property lines, as the town of Montville,… Continue

Which is it Maine - Do you want higher or lower cost electricity? - It's one or the other.

Here is information about…

This long awaited section is brand new to the UMPI website (2/24/10) http://www.umpi.edu/wind

Although the $ 2 million turbine was commissioned nine months ago (see May 15, 2009 Bangor Daily News

http://www.bangordailynews.com/detail/106065.html), unfortunately there are no data…
Continue

Like sea slugs under the dank surface of Maine'…
Continue

Good news for the NIMBY's, reinforcements are on the way.

The Nimby club is about to get a LOT larger because a Canadian developer has proposed to put 165 windmills on Lake St. Clair. This may be the first time in the US there is a proposal to put windmills in full view of a major metropolitian area and on water as precious to the locals as Nantucket Sound is to people on the east coast. (Where are those native american sunrise worshipers when you need them.)

Suppose the Canadian side of the lake is fully developed wiith turbines.…

Some math done for the Highland Plantation Project :

King states natural gas prices drive the cost of electrical generation. Since last September, natural gas prices have stayed between 4 to 6 dollars per mmbtus. At $6 per mmbtu, electrical generation by gas is priced at $45 per megawatt/hour. (from ISO-NE).
King states the project will cost 273 million dollars to bring to operational stage.
King states a name plate capacity of 128.6 Megawatts/hr
Assume a 30% actual… Continue

Who is First Wind?

In the piece, Mr. King names four "myths" and proceeds to debunk them. What is truly scary is that he presumably has people who could have helped him with this, yet his debunking is frankly an…

Just when I needed a laugh...

...I was in the store and saw the Tuesday "Franklin Journal" (out of Farmington) was out. The headline? "Farmers Fighting Wind Power." I thought, "Oh, wow, great, more support." I then read the article and it was about farmers opposing the changes to the military fly-overs due to the potential impact they will have on their livestock. Just a copyediting blunder, but I had to laugh and wonder if perhaps more and more editors have wind on their minds.

By the way, the article was…

U Maine may drop offshore wind R&D site near Monhegan

"If everybody says that it totally makes no sense,…

What is Maine to us

How can anyone who has spent any time in Maine conjure up an idea of transforming the top of the state’s mountains into a place for giant industrial generators ?. This is embarrassing to us who have worked diligently to clean up our environment for the past 40 years. From this resolve, We have come to see our state for it’s beauty , shining forth through the lakes, streams, shorelines and, yes, our mountains too.
Is this the right course for Maine ? Do wind machines really fit here ? We… Continue

DeepCwind-ers Do you know them?

http://penbay.org/monhegan/court/deepcwind_members.html
Here linked and below is a list of members of the DeepCwind Consortium. The organization is about to roll out its website, but not quite yet… 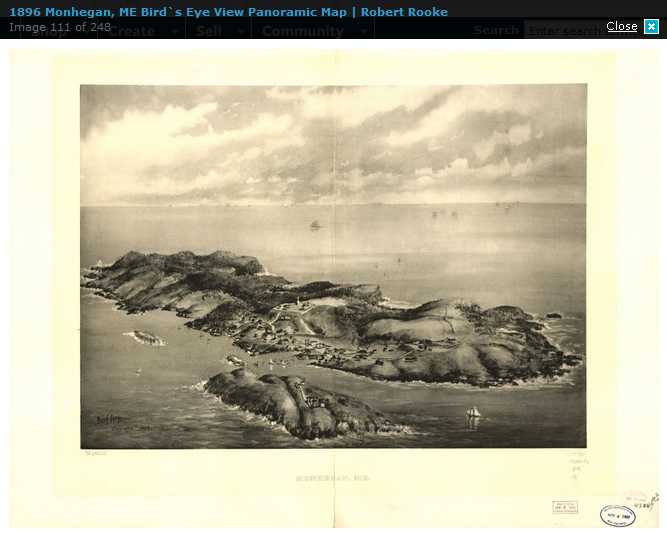 Mr. King, and his son Angus King III, are the best examples of scheming, subsidy pigs that Maine may have ever seen. They are one of the reasons that this country is going broke.
They never had the financial capacity to fund Independence Wind from the start. The only way they can try to make millions from it is to remove money from tax payers all over this state and country, with feckless wind power scheming. Ask Mr. King what his plans are for this Green Power? Do you think he really… Continue

Is Saddleback in Carthage the equivalent in raw beauty to such areas as the Grand Canyon or Glacier National Park? Of course not. I lived in Washington state and have traveled all around the country. I've camped in the national parks and climbed mountains that tower over Saddleback and I love those places. But when my friends from Seattle came to my wedding here, my father explained to them that while "their"…

E. Adams of the Lewiston Sun Journal stated in a story today that; "Because the land on which most of the project would be built is privately owned and subject only to state regulations, Carthage res…

E. Adams of the Lewiston Sun Journal stated in a story today that;

"Because the land on which most of the project would be built is privately owned and subject only to state regulations, Carthage
residents would not have a say in whether it could be built."

I sent her an email at eadams@sunjournal.com :

" your article states that the people of Carthage have no say regarding the construction of wind farms in their town. May I point out to you
that a DEP… Continue