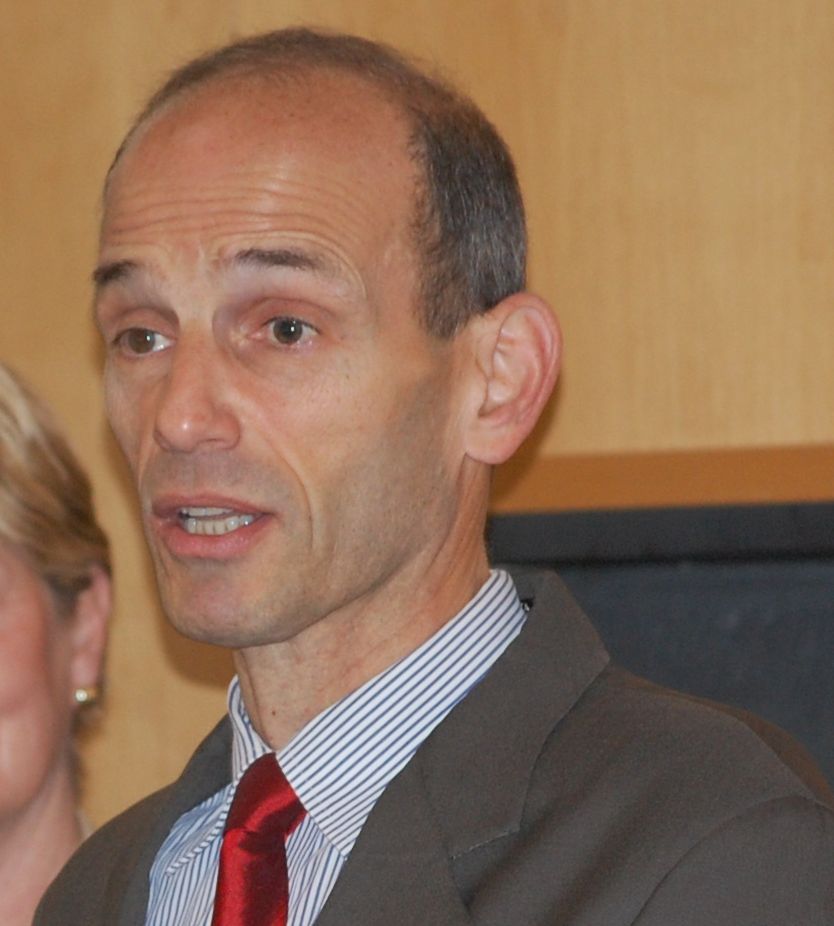 http://iberdrolarenewables.us/rel_15.12.16.html
http://www.avangrid.com/InvestorRelations/secfilings.html (8K Form on Dec 18, 2015)
Moreover, the state legislature's Energy, Utilities and Technology Committee is presently working on a bill, LD 1513, An Act To Clarify Laws Relating to Affiliate Ownership of Electric Generation, that would arguably undo a longstanding law that forbids companies which own transmission (like Iberdrola) from owning generation (like Iberdola's Avangrid). It can be noted that upon his return from a European trade mission in September of 2009, where he met with Iberdrola, Baldacci talked about the need to change the law. http://www.rechargenews.com/business_area/politics/article192595.ece
The emergency wind legislation Baldacci introduced in 2008 became the law that has made possible the extraordinary profusion of industrial wind factories in a state where outdoors tourism is a major industry. It is a state which Gov Baldacci himself repeatedly praised for its "Quality of Place". The legislation, perhaps the most transformative legislation in the state's history, was never debated by the legislature.

WHEREAS, Maine energy policy seeks to promote the development and use of renewable energy sources to help reduce Maine’s dependence on imported fossil fuels, provide economic development, and promote security; and

WHEREAS, scientists have concluded that increases in greenhouse gas levels, including but not limited to carbon dioxide, are resulting in worldwide climate change; and

WHEREAS, wind power does not generate greenhouses gases and is broadly viewed as having fewer environmental impacts than other forms of electrical power generation; and

WHEREAS, wind power is the fastest growing utility-scale source of renewable energy in the world; and

WHEREAS, Maine has the highest wind potential of any New England state and ranks 19th in terms of wind potential in the United States as a whole; and

WHEREAS, wind power development can provide short term and long term economic and employment benefits for Maine citizens; and

WHEREAS, the State’s wind resources occur in various areas of the State that may have important ecological, natural resource, remote resource, and other values that are important to Maine people that can lead to conflict regarding the siting of wind power facilities; and

WHEREAS, Maine could become a leader in New England in the development of wind power if a comprehensive approach is pursued that involves guidelines that direct wind power toward appropriate locations; well-designed and efficient regulations; the protection of areas where wind power is not appropriate; and collaboration among state agencies, wind power developers, interested parties, and the public.

NOW, THEREFORE, I, John E. Baldacci, Governor of the State of Maine, do hereby establish the Governor’s Task Force on Wind Power Development in Maine.

The purpose and duties of the Task Force shall be to: 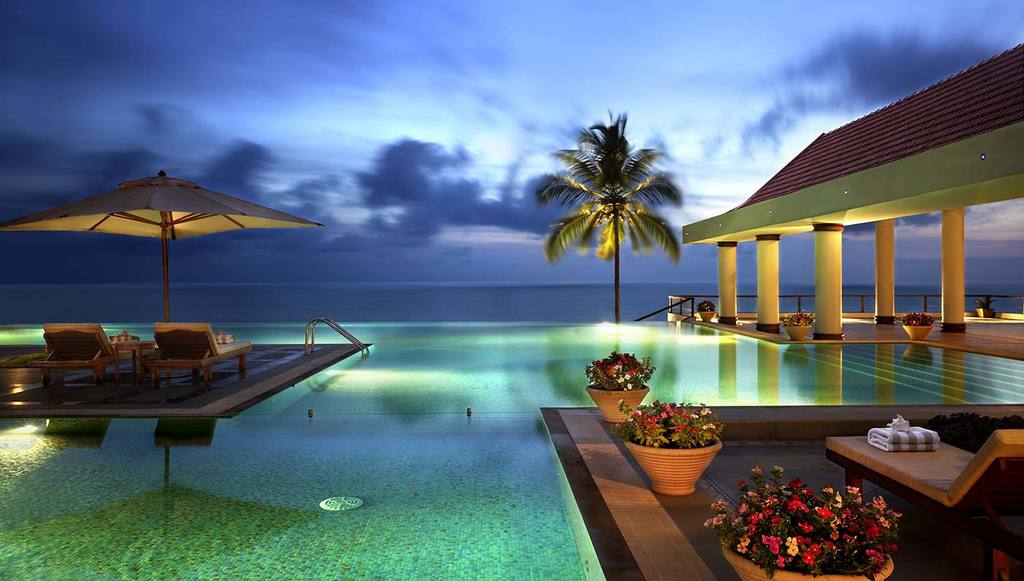 WHEREAS, Maine has a strong interest in developing Maine’s vast indigenous and renewable ocean energy potential and recognizes its enormous promise to address state and regional energy-related needs, including: increasing the State’s energy independence and security; limiting Maine’s vulnerability to the unpredictable costs and possibly supplies of fossil fuels; attaining the state’s overall goal to reduce greenhouse gas emissions to sustainable levels by mid-century and of the Regional Greenhouse Gas Initiative’s ("RGGI") CO2 reduction targets; and stimulating and growing diverse and vibrant ocean energy-related economic opportunities; and

WHEREAS, information prepared by the Department of Energy’s National Renewable Energy Research Laboratory (“NREL”) and Minerals Management Service ("MMS") shows that the Gulf of Maine is a world-class wind power resource, which the Ocean Energy Institute estimates could equal around 100,000 MW (100 Gigawatts) of theoretical electric capacity, an amount that is 3 times larger than the total current installed capacity in New England; and

WHEREAS, the Governor’s 2007 Task Force on Wind Power Development found that Maine can become a leader in wind power development while protecting Maine’s quality of place and natural resources, and that Maine should seek to host at least 2,000 megawatts (MW) of installed wind power capacity by 2015, and at least 3,000 by 2020, of which at least 300 MW can be achieved with projects built offshore; and

WHEREAS, the fuel price from offshore wind power, tidal power and wave power is low and steady, enabling long term contracts with these clean sources of electricity at stable prices, as distinguished from generation of electricity from fossil fuels, whose prices fluctuate widely; and

WHEREAS, improvements in turbines and related wind technologies, with support from federal renewable energy tax credits, are now making wind energy competitive in many markets with conventional power source; and

WHEREAS, ongoing technological developments hold promise that wind power, and to a lesser extent tidal and wave power, can also come to play a vital role in addressing transportation and home heating needs as well as traditional electric power demands; and

WHEREAS, the State of Maine has the highly-skilled and productive workforce, developed waterfront industry, and hospitable business climate to serve as a national center for offshore wind energy development; and

WHEREAS, subsequent to completion of the work of the Governor's 2007 Task Force on Wind Power Development, Congress did not extend the long-standing moratorium on oil and gas development on the nation's Outer Continental Shelf (OCS) and the Mineral Management Service is moving forward with its program for leasing OCS areas for alternative energy development and initiation of a new five-year plan for OCS oil and gas development; and

WHEREAS, information prepared by the MMS indicates that the Gulf of Maine does not appear to have significant commercially recoverable oil and natural gas reserves, while it does hold a significant potential for large-scale development of wind power, the development of which would help the state achieve its interrelated energy, environmental and economic goals; and

WHEREAS, Congress is likely to take up legislation this session pertaining to offshore oil and gas leasing, exploration, and development for federal waters, making it essential that Maine fully explore and understand the resource as well as the risks and benefits of harnessing that resource;

The Task Force is established to develop a strategy aimed at meeting or exceeding the goal established in the Maine Energy Act, Title 35-A, section 3404(2)(B), for ocean-based wind energy capacity as expeditiously as practicable, including a specific plan of action for implementation of that strategy. This strategy shall identify and recommend solutions to overcome potential economic, technical, regulatory, and other obstacles to vigorous and expeditious development of grid-scale wind energy generation facilities in Maine's coastal waters and adjacent federal waters. In developing the strategy, the Task Force shall consider and make recommendations regarding the following:

The Governor shall appoint seventeen (17) members to serve on the Task Force, who shall serve at the pleasure of the Governor. Membership is as follows:

The effective date of this Executive Order is November 7, 2008.

working on the Part 3 article today--have to finish by tonight-- this post is timely,perfect.

The refresh my notes: Baldacci introduced the legislation in 2007,as above,but what was the reason for his 2009 trip to Europe to hob-nob with Iberdrola ? Seems he alreeady had done their bidding in 2007-8 and the 2009 trip is moot by then?

Paul Ackerman, if you could write part 3, that would be amazing.  People really have no idea what's going on.

Reading these most recent posts I think I should do a part 3 article instead of the scheduled explanation of Hillary's ethical challenges.

Crony Capitalism at its finest in one of the most corrupt states in the nation.

It is most fitting that many in Maine call the wind push  perpetrators "The Wind Mafia", headed by Baldacci.

I believe the ocean wind isn't likely given the slowly emerging truth about things green and the rapidly growing trillions in debt. There seemed to be a time when wind warriors concerned mostly about land based wind were lulled into complacency that the wind "industry" was picking up its bat and ball and going offshore. I think this week's bids turning northern New England into "Area 51" tells us for certain that the clear and present danger is on the ridges.

Paul, here's where MPBN was - including a conversation with Gov Baldacci.