Here is information about this commission from http://www.state.me.us/ethics/about/index.htm

About the Ethics Commission

The Commission consists of five members jointly appointed by the Governor and Legislative Leaders for three-year terms. The Commission is bipartisan, and no more than two members may be enrolled in the same political party.

The Maine Commission on Governmental Ethics and Election Practices, an independent State agency, guards against corruption and undue influence of the election process by state, county, and certain municipal elected officials by adopting procedures, rules, and regulations to conduct its duties promptly, fairly, and efficiently.

Five Commission members, appointed for their probity, judgment, and objectivity by the Governor and confirmed by the Legislature, conduct ethics seminars, investigate and advise on apparent violations of ethical standards; administer the lobbying disclosure laws; administer and investigate violations of the campaign finance reporting laws and the Maine Clean Election Act; and manage the Maine Clean Election Fund. Commission meetings and hearings are public.

Comment by Ron Huber on February 27, 2010 at 12:33am
Screaming near the Blaine House can be highly effective. Especially when, like John Muir at the link, you use a powered megaphone

Comment by Ron Huber on February 27, 2010 at 12:31am
Screaming near the Blaine House can be highly effective. Especially when, like John Muir at the link, you use a powered megaphone 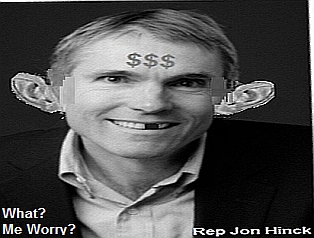 "This wonderful old house, (the Blaine House), has learned well how to open wide the door of Maine hospitality and at the same time offer peace and quiet to its occupants." - Karen Baldacci

Just like the peace and quiet of wind farm neighbors.

Comment by Joanne Moore on February 26, 2010 at 6:00pm
Ethics? From people appointed by Baldacci? Regarding Industrial wind? Why do I get this sudden urge to scream?