In the piece, Mr. King names four "myths" and proceeds to debunk them. What is truly scary is that he presumably has people who could have helped him with this, yet his debunking is frankly an embarrassment.

Just think how bad it would be if he didn't have help. He also of course, in hand-picking his four debunking targets, conveniently leaves out a multitude of other reasons that make wind such a raw deal for the people of Maine.

But here are what I thought were some of the choicest parts:

a). Mr. King somehow faults the use of the word "industrial" to describe the complexes that consist of dozens of 389' steel towers. In other words, we are supposed to simply call them "farms", a wind industry euphemism.

b). Mr. King tries to downplay the footprint of these industrial wind installations and of course avoids subjects such as erosion, siltation impacting trout streams, wildlife habitat fragmentation caused by hundreds of miles of turbines, game that has disappeared, herbicide, the distances travelled by the turbine access roads and the absolutely gargantuan new transmission lines throughout the state that will be required by this sorry sputtering source of electricity. Just to name a few.

c). Mr. King characterizes the law in Maine as "pretty restrictive". Is he also growing something up behind those no trespassing signs?

d). Mr. King says that the whole process of wind in Maine has been in the sunlight. God help us.

f). Mr. King again implies that wind will get us off foreign oil. Mr. King, did it ever occur to you that maybe it's time for you to hang it up if you can't come up with any more material than that? You have the brass to lecture others about repeating things? We will take you down with the facts and we will repeat them as long as is necessary.

And as for your claim about getting Maine off oil, it's patently untrue. We use oil to heat and drive in Maine, neither of which wind can do. And we get our electricity primarily from abundant and relatively very clean Canadian natural gas and hydro - not from oil. So I guess one has to ask, how can you in good conscience keep repeating what you know not to be true?

g). Mr. King once again talks about the need to take action on climate change when in fact he knows wind turbines won't do a thing in this regard, other than make him money - I guess so he can gas up that 40' RV he may still have.

IMPORTANT: Please see the following link to read a Yale student's investigative report on a shell company that is desecrating Vermont mountains and may be the Yale Endowment. Yale fancies itself as a world class environmental steward. That reputation isn't worth risking if their shell might get blown open. Angus King is backed by the mysterious BAYROOT shell corporation, which uses the same fronting company as does the alleged Yale shell company in the following:

It is time to contact all the press on this as well Yale's Advisory Committee on Investor Responsibility (ACIR)!

Members of the Committee

Folks, he is a liberal politician, he is expected to lie through his teeth.  They ALL do when it comes to trying to defend totally unreasonable projects that put taxpayer dollars into their own pockets.  I really can't see how anyone out there can deny it.  When Republicans do it and get caught, they are drummed from the corps and prosecuted.  Dems are patted on the back and given openings to projects where they can make huge amounts of money for themselves and their families, all at the expense of the taxpayer.

Comment by Brad Blake on February 24, 2010 at 12:20am
So, Mister King, you lead off your diatribe with "There's an old saying that if you say something that's not true often enough, people will start to believe it." Well, did you ever hear of the old saying "That's the pot calling the kettle black"? You are part of the Big Wind/Big Lie cabal who are using myth, hyperbole, misrepresentations, and selective information to spin your pathetic case for wind turbines. Pushing industrial wind onto Maine is corrupt and immoral. We don't need a single wind turbine to meet Maine's electricity needs now or in your lifetime. What you are pushing is devastation of beautiful parts of rural Maine for an unreliable, unpredictable, inefficient source of electricity that would not have a market if it weren't for subsidies and preferential treatment. Come "clean" about your stake in "clean" energy, Mr. King. You are only in it to be one of the piggies at the subsidy trough. While you reap those subsidies, taxpayers see the deficit soar, ratepayers see cost of electricity go up, and the rural way of life---the beauty of wooded ridges, the quiet, and the black, star filled skies---ruined. There ought to be a special place in Hell for people like you!

Comment by Long Islander on February 22, 2010 at 10:25pm
King characterizes the word "industrial" as scary and in doing so makes our case. There is no disputing these 400' tall steel towers are industrial so thank you attorney King for evidencing the fact that they rightfully create fear.

I am writing to you a near broken person. I haven’t slept well for a long time and many nights I don’t sleep at all. I am shaky and my whole nervous system is shot. I am getting heart palpitations and just can’t believe that my health has deteriorated so rapidly – at my advanced age and in my retirement home. I took care of my health my whole life. And we scrimped and saved for this little place out in the country. I am very scared. Is moving away from the turbines the only thing that will work?

I have been getting a lot of similar letters from your neighbors so not to worry – you are not alone! I’ll tell you the same thing that I’ve told to every one of them – RELAX! Life is way to short to be getting all worked up over nothing. It’s really just mind over matter. You worked hard your whole life as you said, but now let me suggest that perhaps you just turn it down a notch and take it as it comes. No sense in sweating the small stuff. You know those motel rooms where you pop in a quarter and the bed vibrates? Well, think of this as the wind company giving you lots and lots of quarters. Very soothing actually. Beyond that, I think you basically just need to get some rest. 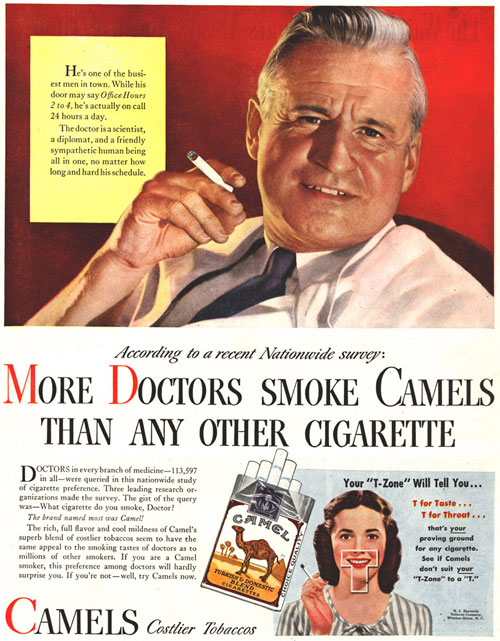 Comment by Art Brigades on February 21, 2010 at 8:51pm
That's a myth photo.
Pay no attention to that man behind the curtain, Dorothy...
Surrender Angus!

Comment by Long Islander on February 21, 2010 at 8:46pm
In the article, Mr. King says that it's a myth that wind turbines destroy mountains. He complains that "Jonathan Carter recently made a big deal about a project ''removing'' fill from the mountain.

How about the following picture from Mars Hill? 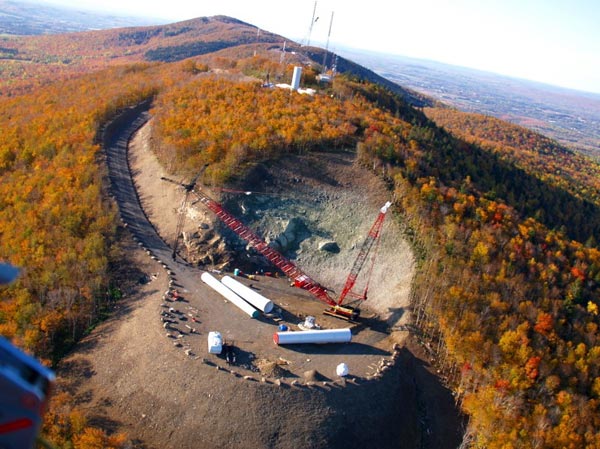 Comment by Long Islander on February 21, 2010 at 4:52pm
That means the national press as well as the Maine press. We need an investigation.