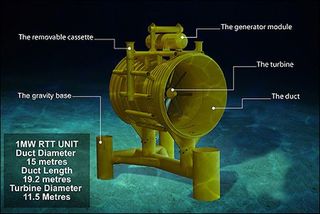 Cape Wind: Maine public radio news gets it righter than most

There but for the grace of ...I'm assured that decades of litigation shall be wreaked upon the hapless Cape Wind Wannabes that want to set their poles in the seafloor off Massachusetts.
Maine public radio's story is better coverage than…
Continue

Nantucket Shoal wind sprawl plan approval- at least it's not in the Gulf of Maine. 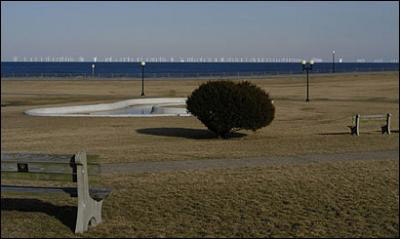 tourism, fisheries, birds, bats, local weather, etc. Sounds cold to say "better there than here", but there it… Continue

Save the Highland Mountains of Maine

Many of the members of the Citizens’ Task Force on Wind know of the existence of the Friends of the Highland Mountains. We formed as a group in November of 2009, after Angus King and Rob Gardiner came to Highland with their plan to place industrial wind turbines along each of Highland’s five mountains.…

If you're a politician and the late night talk show comics go after you, the end may be near.

Similarly, if you are an electricity generating source (Hint: It doesn't work), and the Simpsons go after you, it can't be good. Well, that's just what they did on TV last night and you can see it whenever you like at:

The article itself is the usual cheerleading and boosterism for industry that I have come to expect from a paper run by Rich Conner. Why the man thinks he is producing anything like news is beyond me. His refusal to cover the Kurt Adams/PUC story says it all. But that is not my point here.

Views of a Disaster in the Making

I was wondering how visible the Bowers Mountain turbines would be from my favorite fishing hole on Duck Lake. I used Google Earth to create the attached images. Those vertical white pillars you see are a representation of 400' high structures where the turbines might be situated. I don't know how many there might ultimately be, or how far apart they'd be spaced, and due to limitations of Earthlink's drawing tools this is only a crude image, but the vertical scale and visibility from the… Continue

The Kase of the Krazy Killowatts

OK, figure this one out, UMPI's wind turbine under performance is apparently exceeded only by that of the turbine's data reporting. The 554,781 KWH year to date production observable just a few hours ago is now ZERO. 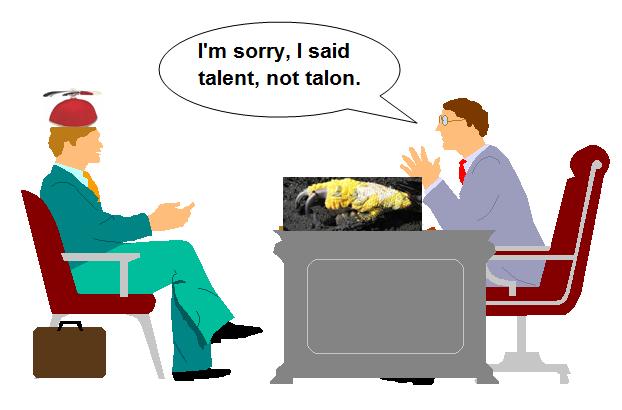 "Asked about his plans after leaving office next January, Baldacci said he hopes to do some teaching — potentially at the University of Maine — but that he also plans to stay involved in energy issues, perhaps in an advisory capacity. “It’s one [issue] that I am going to continue…

I know this is a free country and public broadcasting relies on corporate underwtiters these days. But that didn't make me any happier when I saw the following company listed as one of their underwiters on their website.…

Wind at the university - hearts and minds at stake

We mustn't cede the universities to the wind thieves. Winning hearts and minds is the thing. We must occupy the moral high ground, as industry occupy the economic high ground. To do this, we need to think of "University" in a larger context. Such talkers as George Baker the scholar speaking at UM Fort Kent will draw from the engineering and business administration students, appealing to them with predictions of vast wealth and gigantic power devices spawning limitless clean electrical…
Continue

Something Fishy on Vinalhaven?

From the March 2010 Fisherman's Voice. Someone just brought this article to my attention.

Fox Islands Wind used an unusual and possibly misleading method to calculate what area should be designated a “quiet zone” around its wind turbines, a state environmental official confirmed.

Jim Cassida, director of the Department of Environmental…

I have been casually monitoring the UMPI Live Turbine Data website since April 16. Today is April 20. "Power" is being reported as -.2kw or -.3kw. In the past, a minus figure has appeared only when the rotor is not turning, but for these five days there has been some wind. Now, thee rotor is not turning, the blades are held at about 83 degrees, and power is -.2 or -.3 kw. This looks to me like a shutdown mode.
It is a puzzling situation. In the absence of any other information I am gussing… Continue

Lakeville, Maine, April 12, 2010 –Residents and landowners in Carroll Plantation, Lakeville, Springfield and Grand Lake Stream have formed the non-profit "Partnership for the Preservation of the Downeast Lakes Watershed" (PPDLW) to oppose the construction of an industrial wind project on Bowers Mountain in Carroll Plt. PPDLW asserts that the project will threaten the…

George Will has unleashed the following critique of wind in the 4/19/10 Newsweek. It's been on sale / in mailboxes for at least a week, so you may have seen it.

"Meanwhile, America, which pioneered nuclear power, is squandering money on wind power, which provides 1.3 percent of the nation's electricity: it is slurping up $30 billion of tax breaks and other subsidies amounting to $18.82 per megawatt-hour, 25 times as much per megawatt-hour as the…

not a NIMBY an IMFY

Not a NIMBY an IMFY
In my front yard is a windmill; south facing are solar panels,
In my neighbors front yard is a windmill, also south facing, are solar panels.
Neither hears or sees the others.
Their is one town service we utilize.
We drive 2 1/2 miles to haul buckets of town supplied, salted sand.
We hand sand our road.
We live one mile off US highway, on a dirt road, maintained by the land…
Continue

It's near impossible to get electricity production data from commercial wind complexes. So it is refreshing that UMPI has pledged to the people of Maine to share the data on electricity production from its $2 million wind turbine.
For those of you who thus follow the UMPI wind turbine progress with the same fervor as your favorite sports team, the attached simple Excel file (UMPI Turbine Analysis) can be downloaded and will let you keep score.
Just go to…
Continue

We were at UMPI for "University Day" yesterday, Wednesday April 14 and attended a presentation about an under-development vertical-axis windmill designed to be used on tall buildings, as in Boston. all day, UMPI's windmill was turning merrily, and the recent glitch in live turbine data had just been fixed with a flown-in device, so the "live turbine data" site was working again.
Currently, for some reason the rotor is reported at 28.4rpm but there is no power being produced! The big figure… Continue

I just looked around the UMPI website and almost 11 months after the commissioning of the $2 million project I still am not able to see the type of basic performance data one would expect accompanying such a large investment.