EDPR is trying to develop a wind farm in…

BURNING WOOD IS NOT RENEWABLE BY A LONG SHOT

Pro-logging interests use “Burning Wood is Renewable” as a slogan, a mantra, to assure others all is benign, because it helps save the world, fight global warming, are part of the “solution”, and thus deserves to get subsidies via the Vermont Global Warming Solutions Act.

This article will show burning wood is not anywhere near renewable, if the following is accounted…

‘We have a rare and short window of opportunity to rebuild our world for the better,’ he says

The head of the United Nations called for global leaders to “use the pandemic recovery” to roll out their global climate change agenda, including allowing…

The state Division of Rate Counsel is seeking to block two utilities from spending hundreds of millions of ratepayer dollars on programs to build out the infrastructure needed to electrify the transportation sector.

In separate filings with the New Jersey Board of Public Utilities, division director Stefanie Brand is asking the agency to mostly dismiss proposals by Public Service Electric & Gas and Atlantic City Electric to invest $364 million and $42 million to build out charging… 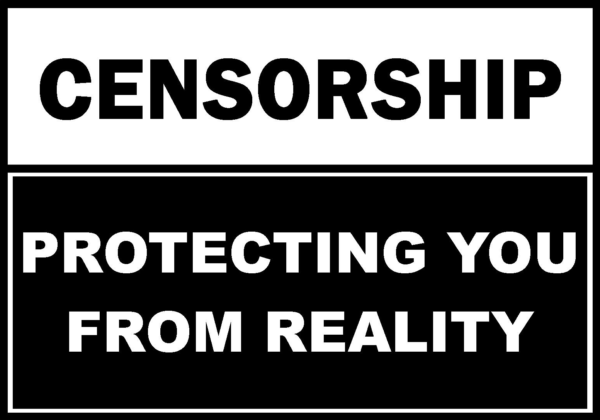 Left-wing activists have turned on documentary filmmaker Michael Moore, furious that the anti-renewables documentary Planet of the Humans which he executive produced has betrayed their cause and giving an easy win to their enemy…

FORTRESS VERMONT, A MULTI-BILLION BOONDOGGLE FOISTED ONTO RATEPAYERS AND TAXPAYERS

Weather-dependent wind and solar often supply too much or too little electricity. The “100%-RE-in-Vermont” folks want to charge the unused electricity in battery systems and discharge it, as needed, during peak demand hours. They propose a $1.2 billion down-payment on “Fortress Vermont”.

- About $900 million would be for new electricity storage systems, during the 2020 – 2025 period, and several $billions thereafter, to implement…

The COVID-19 pandemic related project delays and delivery uncertainty are having an immediate and significant impact on wind project financing and deployment now, particularly putting at risk projects slated to come online in 2020 and 2021. Without policy relief, 25 GW of…

Robert Bryce
I write about energy, power, innovation, and politics.

Gibbs exposes the two-facedness of Bill McKibben, perhaps the most famous environmentalist in America. Gibbs shows McKibben, the founder of 350.org, extolling the use of wood to generate power, saying that the technology “can happen anywhere...and it must happen everywhere.” He later catches up with McKibben at a climate protest to ask him about the issue, but rather than address the…

Over the last 10 years, everyone from celebrity influencers including Elon Musk, Arnold Schwarzenegger, and Al Gore, to major technology brands including Apple, have repeatedly claimed that renewables like solar panels and wind farms are less polluting than fossil fuels.

But a new documentary, “Planet of the Humans,” being released free to the public on YouTube today, the 50th Anniversary of Earth Day, reveals that industrial wind farms, solar farms, biomass, and biofuels are wrecking…

Michael Moore crucifies the Sierra Club and their ilk

From John Droz, Jr., in reference to the Michael Moore documentary, "Planet of the Humans" which Mr. Droz describes as a MUST SEE MOVIE:
…
Continue

I have not yet watched it but am nevertheless posting.

"Have we environmentalists fallen for illusions, “green” illusions, that are anything but green, because we’re scared that this is the end—and we’ve pinned all our hopes on biomass, wind turbines, and electric cars? No amount of batteries are going to save us, warns director Jeff Gibbs (lifelong…

We Must Not Let Green Extremists Exploit the Corona Crisis

Will China build more Coal to stimulate the economy?

America must take steps now to sustain its energy dominance

To read these and other…

The purpose of this article is to compare the Hydro Quebec electricity prices of exports to New York and New England and the costs of wind and solar, and the prices paid to owners of New England wind and solar systems. The CO2 of wind, solar and hydro are also compared.

This article shows, it is abundantly clear electricity from Hydro-Quebec is far less costly than from New England wind and solar, plus it requires no subsidies and cost shifting.

The Federal Energy Regulatory Commission on Thursday rejected requests to reconsider its controversial orders that will upend the $10-billion-per-year capacity market of mid-Atlantic grid operator PJM by forcing state-subsidized renewable energy resources to bid at higher prices that could render them uncompetitive.

In Thursday's vote, FERC’s Republican majority rejected rehearing requests from states that say their clean energy goals will be undermined if renewables are forced to bid…

Gulf of Maine fishermen this week asked three New England governors and federal officials for a six-month delay in planning for offshore wind energy development in those waters, as the seafood industry grapples with the upheaval of coronavirus.

In deeper waters of the gulf, wind power will be achieved only with the use of floating turbines. The extensive anchoring and cabling that would be required means “lease areas will become de facto closures…

Maine Audubon sees one of the most pressing concerns regarding climate change as the impact it has on wildlife and natural habitats. As climate zones shift due to the increase in overall warming…

VERMONT CO2 REDUCTION OF ASHPs IS BASED ON MISREPRESENTATIONS

Vermont has a Comprehensive Energy Plan, CEP. The capital cost for implementing the CEP would be in excess of $1.0 billion/y for at least 33 years, per Energy Action Network annual report, not counting financing and replacements of short-life systems, such as EVs, heat pumps, battery storage systems, etc. See URLs.