As the President of Friends of Spruce Mountain it falls upon my shoulders to inform you as where we stand with our Appeal.

The DEP, did not acknowledge our concerns about the Spruce Mountain Wind Project. I am convinced that LD2283 has left their hands tied and they cannot legally say no to these projects. They are working with what they have been given, which is not much thanks to Ex- Governor Baldacci’s task…

When I was 19 years old I was given the chance to go on a canoe trip into the Maine Woods. At 19, I too had read Thoreau and was influenced by his words. The trip began floating down stream for two days. The third day, we spent pulling our canoes upstream, the 4th day, we spent  1/2 the day camped by a small dam and took turns jumping off the dam to bob up down below. It was exhilarating to fall through the water,…

I was born in and grew up in Lincoln, with the omnipresent Mt. Katahdin just a ways up the Penobscot River.  I was drawn to it at an early age and now, in my old age, can only savor the indelible views from high upon the mountain from the memory of dozens of hikes to the summit.  In my teens, I discovered, much to my delight, the wonderful writings of Thoreau.  How thrilled I was to read his account of climbing “Ktaadn” and his words have stayed with me forever.  In “The Maine Woods”,…

All those Maine windpower bills - any of the good ones w/ room for some language?

In Connecticut they havea statewide moratorium under review. See

AN ACT ESTABLISHING A MORATORIUM ON THE SITING OF WIND PROJECTS UNTIL THE ADOPTION OF REGULATIONS.

AN ACT ESTABLISHING A MORATORIUM ON THE SITING OF WIND PROJECTS UNTIL THE ADOPTION OF REGULATIONS.…
Continue

The UMPI website is once again not working, for the past week. There have been some good wind days, and maybe it was generating power and not reporting it for some reason. No explanation is offered.  This is a rather common situation.  Eventually it gets fixed.

Friday 2/18 at 6:00 pm the UMPI website reported net power produced 1,099,296 kWh; since then it has reported zero net power.  I will continue to monitor the site daily.

You will also be interested to know that when…

Threats to Birds From Power Lines

No responses to this the first time.  How about now?

First, can someone please tell me where/how to locate electricity production values (capacity factors) for wind farms operating in the US?  A specific FERC link would be appreciated.

Second, is there any more recent (﻿than 2007) ﻿federal electricity subsidy data at ﻿the EIA's web site?  ﻿﻿

the true colors of NRCM


Following NRCM’s recent rally at the Hall of Flags protesting that the LePage administration was about to destroy 40 years of good stewardship of the land, their new executive director, Lisa Pohlman wrote an essay on their website suggesting that Mainers write a letter to the Governor telling him why they love their state and what they would want to see done to help…

The following has been submitted to the Sun Journal for consideration on their opinion page.  The details have been provided to several reporters over the past months but none of them have chosen to write about it.

Scratch at least one of the wind Mills 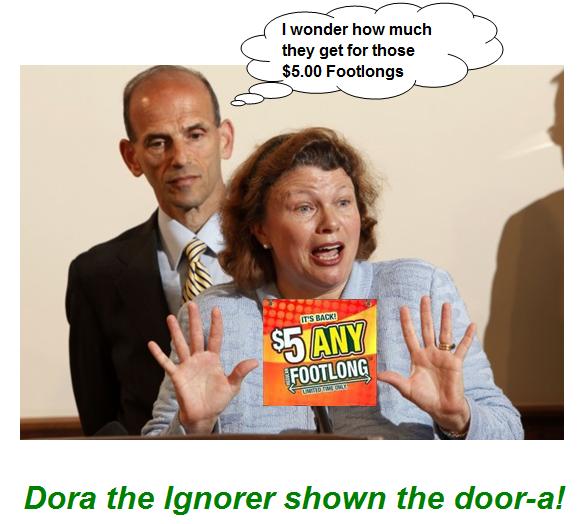 I feel it is imperative we reach all the people we can from area towns and alert them to this upcoming event. I have received assurance from one of our area state representatives that they will attend.

If we can keep our story(ies) in the spotlight, by the press, by the facebook, by the numerous websites from now to March 10th, this will definitely exceed the rally we had in Dixfield with our last forum. Dixfield is right in the center of all these projects. Patriots is getting…
Continue

Folks, today I traveled around Lincoln Lakes and did some photography of the Rollins Project under construction.  They are much further along with destroying Rocky Dundee than Rollins Mt.  I would say about half the twoers are up but not many have nacelles and blades installed.  Very slowly progressing---maybe cash flow problems for First Wind?  Anyhow, here is the…

Vision: How Small, Mostly Conservative Towns Have Found the Trick to Defeating Corporations

I came across this in my reading and thought it might be pertinent to the municipalities facing the onslaught of corporate-backed industrial wind in Maine.

Greene Grocers Inc., and the tale of Good State Folly

Note: No small animals or politically sensitive individuals were purposefully injured in the production of this piece. Any resemblance to any company or individuals pictured herein is purely coincidental, and must be due to the literal interpretation of the reader.

The Greene Grocers Inc., and the tale of Good State folly.

Once upon a time, a new idea to provide “new, clean, and technologically advanced” source of produce for The Good State, is born. The…

Sounds like we don't need auditors as much as we do CPA's - Citizens Paying Attention!

Angus King and Rob Gardiner's Record Hill Wind project in Roxbury is not yet moving forward despite King and Gardiner's representation to the citizens of Roxbury in a letter that construction was planned to have resumed in late summer.

The latest news comes from a letter sent to the town of Roxbury from the US Dept of Energy indicating that King and Gardiner have applied for a Federal Loan Guarantee, a step…

I have a feeling we're not in Kansas which is ranked # 3 in the nation in wind potential, versus # 19 for Maine.…
Continue

ANOTHER CHANCE TO COMBAT THE ENEMIES OF MAINE'S LANDSCAPE