More relevant NOW than EVER

I wrote this about four years ago and just reread it. I think it is more relevant now than before.

This Battle Over Climate Change Is Deeper Than We Think.

We are at the Crossroads.

The recent decision by our President is the right one. There is no…

The title of this tells it all. There is a new system afoot and it is the most scary future we face as Americans. Our education system has failed us and our progeny has been indoctrinated into the ranks of socialism and elite control of our lives. They have no concept of what real science is and have been brainwashed by the system and the complicit media. …

Speaking of prior decades’ taxation rates in the country, Ocasio-Cortez added, “Once you…

Anybody see Meet the Press yesterday?

Meet the Press, NBC's longest running Sunday news program, Yesterday spent the entire hour discussing "Climate Change." They had a panel made up entirely of leftist politicians, Michel Bloomberg, Governor Moonbeam Jerry Brown, a "scientist" who was obviously a climate change advocate, and a cadre of Obama appointees who spent the entire time bashing the deniers in the Republican party and the President.

Guess who is making money on climate change?

What do you call an honest Lawyer??   An oxymoron.

This ought to make everyone absolutely sick. This whole scam has been about making the elites more elite and wealthy and hurting those of us who who have to get by on fixed incomes. If oil companies are made to pay for these lawsuits, they will only raise prices. They have to…

We have all known that the huge influx of wind turbines being added across the nation are unsightly, but now they are deemed HARMFUL to the environment and are adding to the warming of the Earth by disrupting the wind patterns at the ground level.

This is really interesting and they also cite bird kills as a minus for wind.

The Canada Free Press published an article reiterating all the facts we already know.

1. Federal subsidies are due to run out in 2020 as long as our screwed up government does not extend them again.

Here is a new Twist on the Value of Wind "Farms"

Wind Farms May Actually Warm the US, Controversial Study Finds 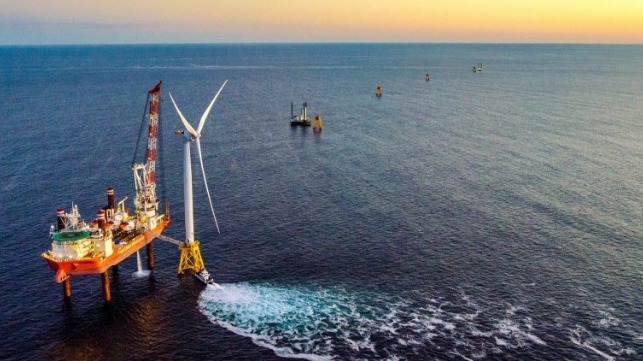 Interesting take from an Iowan Newspaper.

Wind power, jobs and the gullible

We often hear wind power is generating lots of jobs for Iowans. How true is this? Wind power is subsidized by taxpayers, because it cannot support itself or the jobs it claims without subsidies in the form of tax credits. This means we, the taxpayers, are paying for the jobs claimed by wind power. Check out the Production Tax Credit (Iowa Code 476C) if in doubt.…

We’ve been told over and over again that wind power is one of the cleanest power sources on earth, all by people like Al Gore. And why wouldn’t it be?…

It's time to dry up all incentives for all "renewable energy" sources.

Wind and solar have been around for as much as 40 years producing less than 10% of our national power, and still they want to be propped up by subsidies and tax credits. On a percentage basis, they get 40 times the benefits other producers… Whitewater Rafting in the Kennebec Gorge

Susan Ely, from the Natural Resource Council of Maine, is joining the Sierra Club and explains why the 145 mile transmission project is a financial scam by CMP will do nothing to reduce emissions and will destroy much of the wilderness of Maine. It is very clear that CMP is trying to usurp large amounts of cash…

The Sausage-Making of Wind Power vs. the Military

It is clear that the wind lobby has infiltrated every level of our media and government, both state and federal, and are NOT stooping their intrusion into everything that we hold dearly.

Now they are fighting to make our military less safe and for that matter all of us, too. Obama and his administration took off the restrictions for having wind turbines near military bases, airports, and other sensitive sites because…

Wind and solar farms are glutting networks more frequently, prompting a market signal for coal plants to shut off

The disruption of grid energy by renewable energy continues to grow, even in places that have touted wind and solar for years. Prices have been driven to ZERO for producers like coal and gas and even hydro in places where wind and solar are plentiful. The problem is though that wind is expensive…

Does anyone remember how the Spaniards were put in our face during a time of the buildup of wind energy? How OUR energy company, Iberdrola, a Spanish Company, was making huge developments in wind was our future? And how MISERABLY Iberdrola failed in Spain?

Well thank goodness we don't have anything to do with the EU anymore, or the Paris Accord or fake energy news. Spain is trying to open new coal plants and trying…

The scientists in Europe are finally starting to get a leg up.  They are challenging the non-scientific bureaucrats who have been promoting wind and solar and are finally getting the truth out. Germany has realized it, France has resisted it and has the cleanest of all energy in Europe with their nuclear and hydro power, but energy is getting so expensive . . . . and they have no coal left or oil or gas.  They have had to depend on imported gas from Russia at a…

Climate Change is based on a flaw in the IPCC's beginning premise. It breaks one of the basic laws of physics:

Anyone watch the Tony Awards last night? I know I didn't and probably you didn't either. But it has been all over the news today. These leaches are part of the Progressive Elite that live off the underclass (you and me) and our stupid politicians, also part of the elite. I honestly have not listened to any "Late Night TV" since Jay Leno left or been to a Movie theater since Butch Cassidy.

One thing I have my Google…