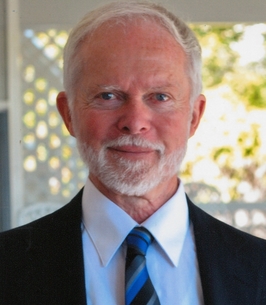 Daniel Remian, beloved husband of Martha Marchut, passed away at his Cushing home, following an extended illness, Tuesday, August 7, 2018, with his wife by his side.

Dan was born on May 12, 1939 in Southbridge, Massachusetts, son of John and Nellie…

It looks like Carroll Plt will be removed from the Expedited Wind Permitting Area!

Thanks those responsible for Public Law 2015, Chapter 265 which secured the citizens' rights to challenge the expedited designation.

Thanks to all who signed the petition, wrote letters and testified that Carroll should never have been expedited in the first place.…

DEP has asked for our input.

They are giving the people of Maine a voice! I was just browsing the draft minutes of BEP's Dec 10th meeting (I know... I need to get a life!). Two items caught my eye:

First, the Board asked Assistant A.G. Peggy Bensinger to give a presentation on the Law Court decision upholding BEP's denial of the Bowers appeal. It was AAG Bensinger who represented the BEP before the Court.

Second, I found it heartening to see that the Board voted unanimously to include in its annual report to the legislature a discussion of the Bowers…

You're probably aware that Maine's wind law created a large area that is "pre-zoned" as suitable for wind development. This means a wind developer can apply for a permit to build a project in that area without having to have the site re-zoned (the way every other industry would have to). The area is known as the expedited wind permitting area (EWPA). It was the wind developers themselves who decided what townships, etc. would become "expedited" (see proof…

Sun Edison's most desperate move yet!

It sure sounds like a 'margin call' to me. After selling First Wind assets to SUNE for megabucks the hedge funds that originally owned FW just took back some of those assets for pennies. What surprises me is that SUNE is a public corporation and yet they can keep the names of projects sold private? SUNE shareholders ought to be storming the gates and demanding the immediate replacement of all SUNE management.…

Maine's highest court has issued an opinion interpreting Maine's laws governing wind energy project development. The opinion is noteworthy for its analysis of two areas of Maine wind energy law -- those designed to expedite the…

The Oct 2nd list of LUPC permits granted is now available at:

Interesting to see that three permits have been granted to Green Mountain Wind LLC (sub of FW). They are for MET towers to be erected in Molunkus Twp, T3R4-WELS and T1R5-WELS.

Analysts and Investors seeing SunEdison as "House of Cards"

SunEdison's House of Cards Is Starting to Crumble
Falling stock prices and rising interest rates are making SunEdison a tough bet for investors.…

Making up for losses with volume

Following the First Wind model, SunEdison is losing money hand over fist while taking on astronomical debt. Apparebntly they hope to make up for their unprofitability with volume. This paid off for FW because Paul Gaynor found the proverbial 'Greater Fool' in SunEdison. But will SunEdison ever find a greater fool to bail them out?  It's not likely.…

The market is concerned about SunEdison/Terraform's acquisition spree. After spending some $5 billion on First Wind, Invenergy and others, are looking for results.

"Investors have become accustomed to SunEdison and TerraForm's frequent upgrades to guidance. While the latest acquisition was another step in the right direction, additional announcements related to acquisitions or guidance upgrades could lead towards even more muted response. That's because Shareholders want to see…

LD 828 and voter statistics by Town

Under LD 828, to remove your township, plantation or municipality from the Expedited Permitting Area, you must submit a petition to LUPC requesting it. It must be in a format provided by LUPC and include the signatures of at least 10% of the number of registered voters residing in the township, plantation, municipality or portion thereof that voted in the most recent gubernatorial election.

Just received a copy of Maine Association of Realtors' 14 page booklet entitled "Residential Property Transaction Booklet". On page 3 they provide a list of non-physical property conditions a buyer ought to investigate before signing a Purchase and Sale Agreement. One of the items mentioned is

"Existing and proposed transportation, construction and development which may affect noise, view, or traffic... (wind power…

On Wednesday, April 8th at 2:10pm the Maine Supreme Court will hear oral arguments in Champlain Wind LLC's appeal of the DEP/BEP denial of a permit for the Bowers Mountain Wind project. This will be the end of the line for this Bowers application. Champlain will not be able to appeal this any further. Here's how the Court has characterized the case:

Here's a map (date unknown) showing Maine's officially designated SCENIC byways. Under the Wind Energy Act as it now stands, only the turnouts/parking lots on these byways are considered "scenic resources". The length of road that is legally designated SCENIC carries absolutely no weight when considering industrial wind project applications. The wind industry and their cronies thought of everything when they drafted the WEA!

The State Supreme Court has decided it wants to hear oral arguments before ruling on Champlain Wind's (First Wind's) appeal of the Bowers project denial.

Appellant Champlain, Appellee DEP/BEP, PPDLW and the Conservation Law Foundation will each be allowed a few minutes to present. Each presentation will be followed by questions from the Justices. There will not be an…