Take your cookie cutter and go stand out in the rain Mr. Baldacci

(Download Excel file by clicking on the above link)

Many of the 50 states have adopted a goal that “X” % of their electricity must be produced by renewable sources. In many cases, the goals are the same from state to state, e.g., 20%.

But does it make sense to use “one size fits all” cookie-cutter renewables percentage goals if states produce and sequester vastly different amounts of CO2? After all, attaining renewable goals can come at great cost, whether that be financial or in the case of wind, human suffering and environmental degradation from wind turbines, massive transmission, road building clear cutting and herbicide application.

So before the citizens of a state are told they must incur such costs, one might ask whether the cost makes sense versus what other states are being asked to sacrifice.

Well, Texas is bigger than Maine, but is it that much bigger, i.e., 47 times bigger? No. 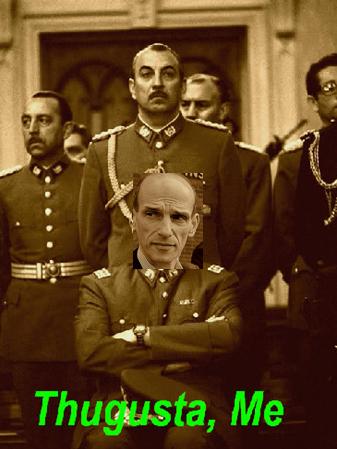 (The reality of course is that no state should have to suffer industrial wind complexes, for they are nothing but wasteful folly du jour and inept CO2 reducers to boot. But that is a different discussion).

To get a fuller perspective, we can’t just look at CO2 production, but also have to look at CO2 capture or sequestration. A rough surrogate for sequestration data is forest cover, as plants of course capture CO2 as part of photosynthesis.

Well, as you probably know, Maine has the highest forest cover in the nation, at 90%. This is quite a bit more than Massachusetts’s 52% and Texas’ mere 7%.

So what happens when we combine these two measures of “CO2 citizenship” in a metric called CO2 tons per forested square mile?

Well, it’s all in the attached file (simply click on the file name at the top) and you are encouraged to take a look. But here is the answer for the three states we’ve been talking about:

While this measure may not make for a perfect comparison of the states, it is certainly of directional value and it clearly points in the direction of one-size-fits-all renewable percentage goals as being ludicrous.

If we wanted to become wildly rich, we might all have headed for New York City’s Wall Street or some other major metropolis. But by staying put in Maine or migrating to Maine, as a group, we made a conscious decision not to pursue the financial wealth that might have awaited us in the big cities. We also made a conscious decision to maintain our land as 90% forest. We easily could have clear cut our way down to Massachusetts’ 52% forest cover, but instead we chose 90%. Perhaps this means a person here makes $20,000 working in the woods versus someone in Boston making $100,000 working in a skyscraper.

Financially, we paid a price for living in or near the great Maine woods. But it was a conscious tradeoff and for many of us, the wisdom of our choice is manifest in frequent reminders such as the cry of the loon, the majesty of an eagle, a rising trout or the Milky Way.

But now the sinister force of industrial wind is threatening these very things that keep us here. And it has gained a foothold in the state, with blessings from our elected officials and so called environmental groups on the basis of fighting CO2 to save the planet. Essentially we are told we must pay up in the form of expensive and environmentally degrading renewables to save the environment.

Yet a strong argument can be made that the citizenry of Maine are already paid up – and then some. When we made the choice to forgo finances for forest, we paid more than our share. It’s all in the numbers in the attached file. But because a small junta in Augusta will sell out what they see as the third world country of Maine to the outside tax subsidy stealing carbon credit counterfeiters, we are now being mandated to pay more than our share – infinitely more. We are being asked to give up the very reasons we are here, essentially so that 5,000 square foot McMansions in places hundreds of miles to our south can run their air conditioning all day when nobody is home and power up their wide screen TV’s while never remembering to turn off the lights.

And we have a governor who makes sure that the clean and renewable abundant electricity source of hydropower is not classified as a renewable. Perhaps the soon to be Mr. Baldacci needs to stand out in the rain. And don't forget to take your cookie cutter with you.

Comment by Ron Huber on June 5, 2010 at 7:09pm
You make a lot of good points, long islander
"Massachusetts produces a whopping 2,838 tons per square mile, 17 times as much as Maine. Yet we have to host their wind farms. Why should the civilized Berkshires be despoiled when the 3rd world nation of Maine has such an accommodating junta in Augusta?"

What do you think about the in-stream current and tidal submergedturbines or archimedes screw-style generator or whatever underwater energy extractors? They are being authorized - presently at the R&D level in Maine