The decision is a major setback for the Biden administration’s agenda to combat climate change, specifically the goal to zero out carbon emissions from power plants by 2035 and cut in half the country’s emissions by 2100.

Former Gov. Paul LePage says if reelected in November, he would not proceed with Gov. Janet Mills' application to the federal Bureau of Ocean Energy Management to site a wind-energy farm about 30 miles off Maine's coast.

"My minimum is 40 miles out. If you're out 40 miles or 50 miles I'll be all supportive. In the fishing waters I will not support windmills," he says.

LePage spoke at an event in Windham, where his candidacy was endorsed by…

Read these and other important articles at the link below:

In the dark on the power struggle: inconvenient truth proves renewables can’t cut it

The dam against nuclear energy is cracking 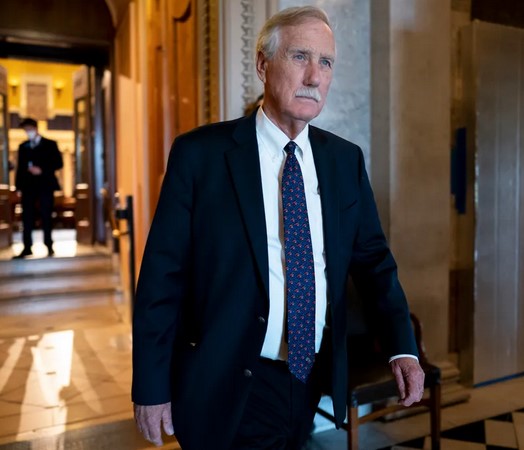 U.S. Sen. Angus King’s bill calls for transitioning the non-tactical fleet of the U.S. Department of Defense to electric and other zero-emission vehicle types. King said his proposal would require three quarters of non-tactical vehicles purchased by the department to be electric or zero-emission and made in the…

The proposed contract's likely impact on Maine electricity customers is being shielded from public view, for now.

The developers of a planned offshore wind energy research array have asked state regulators to approve a 20-year electricity supply contract with terms they say are essential to their investing $1.2 billion in a project that could help launch a new renewable energy industry in Maine.

Click on the link below for these and many other important articles.

As energy prices rise, thousands of Mainers at risk of losing power

No mention in this article of the natural gas pipelines being blocked. Maine sits remarkably close to massive natural gas deposits, e.g., in PA and NY, but needlessly suffers because new pipelines have been blocked by Massachusetts and New York. Ideology and stupidity are going to get people killed.

More than 2,000 Maine households have been disconnected over the past month, and tens of thousands more are struggling with past-due…

In recommendations to the Board of Environmental Protection, DEP staff rejected most of the arguments from power line critics. A meeting to discuss the appeals has been delayed due to COVID-19 concerns.

Where were these people when interior Maine was being ravaged (and still is) by wind projects?

How about the wind projects that are ruining interior Maine?

A wide coalition of New England conservation groups is calling on federal regulators for a rigorous review of the potential effects of offshore wind-farms on Gulf of Maine ecosystems and fisheries. And they want that effort made before specific wind sites are proposed - which the feds did not do when planning wind-lease areas in southern…

The University of Maine System is planning to fully divest from fossil fuels by 2030 — starting with the elimination of all direct fossil fuel holdings by the end of May.

On Thursday, the investment committee for the system's board of trustees…

"Ifeji, a Bangor High School senior, said she did not have climate education". SOUND THE ALARM.

How about we nail down reading, writing and arithmetic first. Then maybe with the arithmetic the next generations will be able to keep an eye on all the taxpayer money being thrown away on outright nonsense.

Lawmakers have approved more than…

Harwood, the public advocate, believes Maine’s standard offer bid process needs to be adjusted. One approach could be to seek bids for both long- and short-term contracts, to smooth out rate impacts as a hedge against volatility. But the real answer, he said, is for New England states to speed up the transition to renewable generation and away from their dependence on natural gas.…

I don't agree with everything that scientist Vaclav Smil says here, but it's refreshing to hear from someone who has the confidence to call BS on the delusional. Speaking one's mind .....there is hope.

This Eminent Scientist Says Climate Activists Need to Get Real

The “really” in the title of Vaclav Smil’s newest book, “How the World Really Works: The Science Behind How We Got… 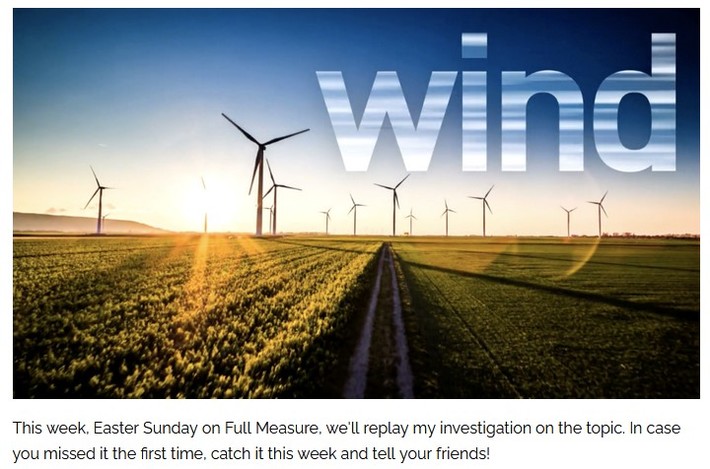 This week, Easter Sunday on Full Measure, we'll replay my investigation on the topic. In case you missed it the first time, catch it this week and tell your friends!

We'll also report on a push in…

Maine set ambitious goals for wind power 15 years ago. Why has it come up short?

Update: The BDN is now carrying this article. I'm not sure when it went up. Looks like some of the usual "Cats Kill Birds" wind industry shills are infesting the comments. But also there seems to be considerable common sense brewing. People are likely figuring out that so much of what we have been told (and not just about wind) is not true and it's usually the exact opposite that's what's true.…

Two bills under consideration seek to balance the desire for solar incentives with the burden of high electricity bills.

Two bills now before the Legislature are aimed at reducing future sticker shock for electricity customers, without completely eroding the incentives that have attracted hundreds of millions of dollars in solar investment from across the world in…

Should we even be subjecting our engines and small engines to ethanol in the first place?

Suspending a federal rule barring the sale of higher-ethanol blends of gasoline during the summer months in the latest bid to reduce prices at the pump as inflation reaches new highs.

While visiting an ethanol…

NextEra Energy subsidiary ESI Energy pleaded guilty to three counts of violating the Migratory Bird Treaty Act during a Tuesday court appearance in Cheyenne, Wyoming. It was charged in the deaths of eagles at three of its wind farms in Wyoming and New Mexico. In addition to those deaths, golden and bald eagles were killed at wind farms affiliated with ESI and NextEra since 2012 in eight states, prosecutors said: Wyoming, California, New Mexico, North Dakota, Colorado, Michigan, Arizona…

Even Maine’s progressive areas are fighting over green energy projects

The large scale solar arrays popping up in Maine like mushrooms become more hideous looking the more knowledge one has over their fecklessness and multiple costs. The town boards falling prey to the solar snake oil industry owe it to the people to become educated in these matters. As it stands now, almost none of these elected decision makers have any business deciding energy issues, issues they are simply not equipped to challenge. Doing "something" simply for the perceived need of…