Biden To Visit Somerset Massachusetts This Week But Not Falmouth 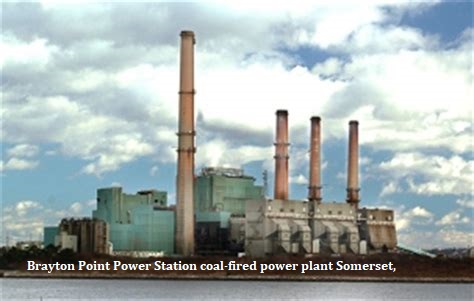 Brayton Point is the site of a former coal-fired power plant that operated until its retirement in June of 2017.
President Joe Biden is set to visit the site of the old coal-fired Brayton Point Power Station in Somerset Massachusetts sometime this week.
An offshore wind company, which is developing an offshore wind farm south of Martha’s Vineyard and Nantucket, has plans to funnel its 1200 megawatts of power into the energy grid via a brand new substation at Brayton Point.
The originally contracted project was for one submarine cable of 800 megawatts to Brayton Point the site of the former coal-burning plant and another 400-megawatts cable to Falmouth Heights Beach in Falmouth Massachusetts.
Falmouth's residents on June 8 voiced overwhelming opposition to plans by offshore wind to run electric cables from its offshore wind farm through residential locations of  Falmouth at a public hearing held by the select board.
Audience members said that the onshore power plant the size of a shopping Mall would cause excessive noise and that people would not be unable to mortgage their homes because of the high voltage cable route. The buried cables create a high voltage easement through neighborhoods in which some agencies will not provide loans.
Overwhelmingly residents said the town overall objects to wind turbines, referring to Wind 1 and Wind 2, which are now slated to be dismantled. The two town-owned wind turbines are the worst sited turbines in the United States.
The Massachusetts courts shut down both wind turbines as a nuisance in 2017.
By the end of this May, the offshore wind company shifted away from Falmouth placing all the power at Brayton Point.
The president will not be visiting Falmouth, Massachusetts..................

Biden Energy Adviser Hochstein: ‘Don’t Want to See the Resurgence of Coal’ and Want ‘to See Oil and Gas Grow’ ‘at the Moment’
https://www.breitbart.com/politics/2022/07/19/biden-energy-adviser-...