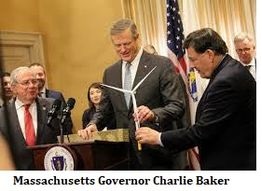 Offshore wind is comprised of two parts. The commercial ocean wind turbines themselves and the ocean wind submarine cables are more expensive than the turbines. For example, the Block Island ocean wind project costs 330 million for 5 turbines, and the submarine cables are the bulk of the expense. The turbines are around 5 million each and 300 million for the cables.
On June 30th, 2022, the Massachusetts  Executive Office of Energy and Environmental Affairs released the Clean Energy and Climate Plan for 2025 and 2030. The 2025/2030 CECP represents the comprehensive plans to achieve aggressive emissions reduction in 2025 and 2030.
The 2025/2030 CECP may indeed not reduce reduced consumer costs and better quality of life for all residents.
Several years ago a Boston-based ocean wind electric cable company proposed they run submarine cables from the Massachusetts ocean wind site 30 miles off the coast locations to Boston, Fall River, Rhode Island, and Connecticut. The power simply goes directly to the oceanfront cities by submarine cable more likely to use the power. The only drawback is the wind companies awarded offshore construction sites have to pay the submarine cable owners lease payments forever.
The offshore wind companies don't want to pay lease payments. They want an electric ratepayer to foot the bill by pushing the power over the old antiquated land infrastructure.
The offshore wind companies are getting around leasing by providing their own cable landings on Cape Cod in Barnstable and Falmouth. The power then is sent over the Cape Cod Canal to Boston but the electric grid to Boston and its suburbs are old and antiquated and needs updating. Currently, only 1200 megawatts can be sent over the Cape Cod bridge.
Massachusetts' current goals include installing 3,500 megawatts (MW) of offshore wind power in the state by 2035. Allowing the ocean wind companies to make their own cable landings on Cape Cod to avoid leasing require major Grid upgrades off Cape in SouthEast Massachusetts to Boston and the suburbs.
The Massachusetts Department of Public Utilities allows each electric company to recover the costs of eligible pre-authorized grid modernization investments within the budget cap through a grid modernization factor (GMF). The 3 electric companies in Massachusetts must file a grid modernization annual report and performance data each year. Aka the electric ratepayer pays for grid modernization.
So what does it all boil down to the offshore wind companies don't want to pay a lease on offshore submarine cables and want to own their own cable for example through the Town of Falmouth to the local power company substation in which case the electric ratepayers pay for the modernization of the grid from the substation in Falmouth to Boston.
Going to Falmouth puts the burden on the Massachusetts electric ratepayers and rebuilding the grid does not allow enough time for the Climate Emergency plans
The Massachusetts legislature has to protect the citizens of Massachusetts by having the ocean wind companies lease the submarine cables to the cities that need the power through the ocean or have them run their own submarine cables.
The ocean wind projects should not be done at the electric ratepayer's expense. 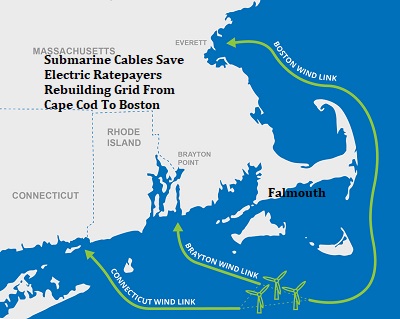 The revolt against green tyranny has toppled its first government, as farmers’ protests spread across Europe
https://www.americanthinker.com/blog/2022/07/the_revolt_against_gre...