Where the Democratic Gubernatorial Candidates Stand on the Issues

Whoever we get for a Dem Candidate in November will be a disaster for us. All support "Renewable" energy though most skirt the wind problem. Almost all call for TOTAL 100% renewable by 2030 -2035. Does anyone know what a mess that will make of our state. All will NOT support a gas pipeline for our heat…

Why does every study end with the same conclusion?

It's snowing today - - - it must be climate change.

The Town of Kittery Looks To Remove Defunct Wind Turbine

In 2008, the beginning of our twisted love affair with wind turbines, The town of Kittery voted to add a new turbine on their landfill and were promised that it would save them $8,000 a year in energy costs. It cost them $185,000 to install it and within a year found that it only produced about 16% of what was promised. They investigated many options for repair…

Our Politics Has Turned Childish and Vindictive

Rhode Island has taken a step to broaden their development of offshore wind. My take is to let them make the mistake, as long as it does not hurt us here in Maine.…

More Lies and Hype From the Wind Industry.

Iowa is promoting to their population that they will soon be able to produce 100% of their electricity from "Cheap" wind power. Of course we all know that is TOTALLY impossible, and even they know that because in the text of the article they say "Given that wind energy won't always be available to cover demand, MidAmerican said it would still need to rely occasionally…

From the Boston Globe is an article that proves that those making our decisions for us are motivated by cash in their own pockets, not the good of the people. Jim Conroy splits his time between promoting politicians like Charlie Baker and being a promoter for Vineyard Wind LLC and Central Maine Power Co. Isn't that a…

The World Meteorological Organization Predicts 2018 Will Be The WARMEST EVER!!

More non-scientific drivel from the far leftist WMO that says the last 5 years have each one been hotter than those before, and 2018 is going to set new records. We are in big trouble!!!!!!, IF you believe their lies. Our own weather charters, NOAA, fudged their data in 2015 to show a rise right before Obama went rough and signed the Paris Accord without Congressional approval. The good part of that was Trump was able to pull the plug just as…

Washington's Governor, Jay Inslee, Commented "As a state, we could learn from Maine’s moratorium on permits for new wind turbines. Gauging effects on rural tourism is an important issue for our state. “We cannot afford to damage our natural assets in ways that would deter visitors from returning,” according to Gov. Paul LePage."…

Recently released by Marc Morano, this is a very easy to read and understand expose' of the weapons that have been leveled at REAL science by the enviros and their leftist, NWO backers. Since all this nonsense started 40 years ago, we have lost our standing in the world and have been caught up in an extraordinary spending of unneeded resources when we have all we need right here at home.

This whole thing is an idealistic, religious, leftist scam. Our entire economy has been built on unfettered, cheap reliable coal, oil and gas. In an effort by leftist (communist) groups allied with a United Nations that has used smoke and mirrors to convince everyone that the sky is falling, we have been duped into the idea that using ANY carbon based fuel is evil. CO2 is not poison. CO2 levels are at very low levels but are increasing . . . . but the temperature is NOT rising. Those, folks,…

Who Is Paying Off The BDN? Earth Day Editorial

What enviro group is paying off the BDN for publishing such unbelievable drivel? Possibly the Putin driven donations to the leftists and environmental groups like The Audubon Society and The Sierra Club? Yes folks, these groups have been sold out to not protecting the environment and the beautiful birds they were organized to do, but have taken on causes that are extremely UN-American and even Communist in their leaning. One of the beliefs all these organizations have in common is a belief…

Crushing the Global Warming Cult at the EPA

Crushing the Global Warming Cult at the EPA

President Trump struck an amazing blow for science and truth by appointing Scott Pruitt to be the new head of the Environmental Protection Agency (EPA). By all accounts, under Mr. Pruitt's leadership, morale has never been lower among the EPA's 50,000 federal bureaucrats. This is a good thing for America, because the EPA has been a uniquely bizarre federal entity…

Massachusetts is on a mission to self destruct their landscape and their economy. Let's try and keep them from dragging us down!

These politicians, I assume none of whom are scientists, and also none of them are very astute economists, are setting Massachusetts on a straight line to electricity disfunctionality and economic disaster.

Several gas pipelines would be cheaper to build, provide not only gas for electricity, but eliminate fuel oil for heating and…

While the entirety of North America currently undergoing a cold spell that would make Boston’s hockey fans think twice before heading out, the left is still talking about global warming.

Well, technically, they’re calling it climate change now because the rest of the waking world came to understand that there’s no way the world is actually warming.  Their hope is to hold onto the liberal eco-guilt demographic through the certainly…

Pounding The Wind, Solar and Biofuels Drum Even Harder and a Plea for Gas in Mass

Mike Carr, posted as a contributor to the The HILL, just happens to be the Executive Director of New Energy America. Take a guess at what he believes.

He thinks we should be building out wind and solar and biofuels, however he notes that a converted refinery for biofuels has already failed (bankruptcy) and was bailed out twice by Obama. …

I wrote a comment to Darby Mutagoma, a middle schooler at no less than the King Middle School who makes a statement from the esteemed scientist Barak Obama,   “No challenge poses a greater threat to future generations than climate change.” She has been thoroughly indoctrinated by her leftist educators with the propaganda from the left.

Here is my comment, I hope it awakens other children to question the lies and…

A local Mainer, an entrepreneur, has had to close his business after only two years because he can't pay his extravagant electricity bill. That bill is because CMP has raised our rates so high no real industry can exist unless they are big enough to generate their own power. Without significant gas powered electricity from Pennsylvania, which they have plenty and are willing to send it, we are doomed in Maine. We have to rely on oil to heat our homes and we…

Charts: a decade of rapid growth for wind power in Maine

Here was my comment to this absolutely bogus report about wind in Maine.

Statistics! The writer has picked and chosen minuscule data from a government statistical report on energy in the State of Maine. It is possible to make any single month look good for any industry by using statistics. This term was popularized in the United States by Mark Twain (among others), who attributed it to the British Prime…

When We Are Confronted By European Renewable Touters

Very often when we make comments to news articles, we are attacked by environmental whackos that constantly tell us we are falling behind the rest of the world, especially Europe, in developing renewables. Well Europe is not in great shape either, and they have a very dirty little secret they have been hiding regarding "renewables". They are depending on…

AWEA Blog has some really interesting "Fact Check" Lies we should all be aware of.

The AWEA Newsletter is spreading Wind Power propaganda and there are some really interesting articles. They are touting a wind development in Colorado that is going to be able to produce energy at $18.00+ per Mwh and saying that by the time kids born today are turning 21 wind will be the cheapest form of power out there. 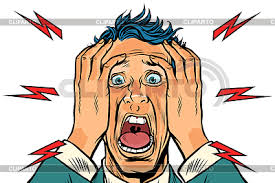 I am pulling my hair out as I read this…