It's taken 10 years but decision makers are starting to take a bold stand against the scourge of industrial wind.

The legislators and county commissioners referenced in the article below have taken a strong stand and should be applauded for their support.  The Moosehead region is working very hard to try and stop development – fighting multiple developers and CMP - not any easy…

“Market conditions back in 1992 no longer exist. Big wind no longer needs the Production Tax Credit, and certainly cannot justify the extraordinary benefits received [3.5¢/kWh pre-tax]. Retaining the subsidy in light of lower installation costs and increased production serves only to further distort the market and bestow a bounty on big wind that far exceeds what 1992 lawmakers could ever have envisioned.”…

“It’s easy to spend other people’s money,” said Rep. Michael Vose, R-Epping, who introduced a last-minute amendment to gut RGGI funding. “But nobody knows how to spend money better than the person that manages it, and this will benefit ratepayers.”............................The committee also voted by 11-10 to recommend HB 114, which would roll back the requirement that state utilities include 15 percent new renewable energy source, like wind and solar, by 2025.“They are a tax…

Wind developers argue that the new limits of 39 decibels during the night and 42 decibels at day around homes near wind turbines could hamper new projects. Anti-wind activists say the limits might not be strict enough....................Vermonters for a Clean Environment Director Annette Smith is optimistic that an even more strict 30-dBA standard is possible. She said statements made by the PUC seem to document on record that a 30-decibel inside-sound standard is the clear…

'No' on Dixfield wind ordinance

Dixfield voters previously rejected DEP sound limits for industrial wind. They are the highest allowed in Maine, intended for wilderness projects. The planning board worked for months on a compromise proposal reducing sound limits by a modest 2 dB, seeking small protection for residents near the project.

A Floating University of Maine Wind Turbine for Barbados?

Wow, the one off Maine hasn't even had time to be destroyed in a storm and they're already preying on the poor folks in Barbados.

The project, which Balfour explained is still in its early stages, would involve a three-way partnership with Emera, the BL&P and the University of Maine in the US.

“The plan would see a floating wind turbine that would be designed and built at the University of Maine, brought here to…

Cost to Remove Saco Wind Turbine "Much Higher Than Expected"

Surprise, surprise, surprise!  I would suggest that future decisions on what should replace the turbine not be entrusted to the Saco Energy and Sustainability Committee. They've had their chance. Maybe there should be a plaque put in place commemorating dumb politically correct wastes of taxpayer dollars.

BDN - Maine looks to Trump for solution to nuclear waste

But the Trump administration, including Secretary of Energy Rick Perry, have been outspoken in support of both Yucca Mountain and consolidated interim storage. The Trump administration requested funds in the fiscal year 2018 budget to move the Yucca Mountain license application forward, as well as create a “robust” interim storage plan, according to Howes.… 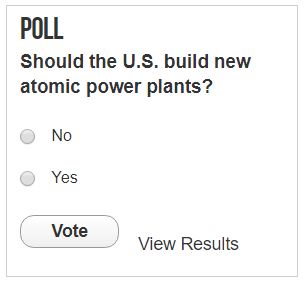 Yet one more college wind turbine goes belly up

Makes one wonder when the UMPI wonder wind turbine will do the same. A $2 million (and counting) total waste of public money. Think about that the next time the University of Maine System cries about money.

Based on the success of its solar energy program over the past year, Chesapeake College is decommissioning its wind turbine on the northeast corner of its campus at Rt. 50 and plans to invest future resources in renewable energy…

Clear and Present Dagher: UMaine in talks with European investors

After Statoil’s departure, Aqua Ventus negotiated its own term sheet with the Maine Public Utilities Commission (PUC), outlining a 20-year offtake deal for $230/MWh, plus a 2.5% annual increase.

PPH - Maine so called enviros push wind from atop their unicorns

Instead of importing outdated fuels, we should be exporting clean energy that was developed by hardworking Mainers. Maine does not need a pipeline – we need homegrown, renewable energy.…

“Fishing, both ground fishing and lobster fishing is the concern over and over,” Blum said, who also raised concerns about negative impacts on tourism. “That is the only other way we make a living here … and I mean unless I’m missing something, I don’t think tourists come to look at electrical infrastructure and substations.”

PORT said that if town officials don’t take steps to prevent the project from coming ashore in St. George, they will strive to force a public vote to bar the…

The Alliance for Wise Energy Decisions (AWED) is an informal coalition of individuals and organizations interested in improving national, state, and local energy and environmental policies. Our premise is that technical matters like these should be addressed by using Real Science (please consult WiseEnergy.org for more information).

A key element of AWED’s efforts is…

In September, the city solicited bids to remove the wind turbine........The bidding process closed on Tuesday.

“We received only one bid and it was well above our initial estimate,” said Sutherland in an email on Wednesday. “We’re having an internal conversation now and are reviewing our purchasing policy to determine the best course of action.”…

With Congress contemplating a rewrite of the tax code, opponents of that deal are hoping to end those tax breaks early, putting the wind and solar industry on the defense. Citing the negative impact it could have on the Moosehead Lake region's efforts to rebrand itself as "America's Crown Jewel," Piscataquis County commissioners have signed a letter stating their unanimous opposition to the proposed Somerset Wind project.…

Currently, the ordinance requires a minimum setback of 2 miles from each wind tower to the closest point on any property line of nonparticipating parcels. Tower heights are limited to 250 feet, and decibel levels at the property line at night may not exceed 25 dBA.

A-weighted decibels, abbreviated dBA, are an expression of the relative loudness of sounds in air as perceived by the human ear.

The requirements effectively ban wind projects in Bethel, according to town…

“Everyone is overqualified,” she added. “We all do it for the mission.”

The mission is to make a better, more sustainable world and there are many ways to do that. For Gilbreath, it’s through food policy, for others it might be promoting clean energy.........…