Could it be that when First Wind spoke with this reporter, they may not have brought up the Rhode Island PPA they pre-sold:

You can watch the entire BEP proceeding that took place 6/5/14 on YouTube. The Bowers item comes up at 11 minutes 11 seconds. Click this link to go straight to it.

If you want to jump around, the videographer, Eric Tuttle, has provided some links in the comments section.

Enjoy!
P.S. - Despite the fact that this is the nth time the state and people of Maine have told First Wind NO on this project, First Wind is "disappointed that this substantial investment in the Maine economy has been delayed again". http://renews.biz/67832/first-wind-appeal-shot-down/ ;

The citizen-run Board of Environmental Protection, which handled the appeal, voted 4-1 Thursday to uphold DEP Commissioner Patricia Aho’s rejection of the project.

Breaking news from the Partnership for the Preservation of the Downeast Lakes Watershed (PPDLW):

“We are very pleased with this decision, but not surprised,” said Gary Campbell, president of local conservation group, the Partnership for the Preservation of the Downeast Lakes Watershed (PPDLW). “This project would have seriously damaged the scenic value of nine lakes that the State of Maine has designated as significant scenic resources, lakes that the legislature specifically shielded from wind projects.”

Campbell continued, “This constellation of more than 20 glacial lakes is very valuable to Maine. Sportsmen have been coming here for nearly 200 years and this was a crossroad of major water routes used by the native Abenaki people for many centuries before that. The lakes are largely undeveloped, the water is clean and they’re peppered with islands that have primitive campsites. You can spend weeks exploring by canoe, kayak or motorboat and camp on a different island every night.”

In a last minute attempt to derail the BEP denial, First Wind attorney Juliet Browne filed a request that the Board either grant the appeal or remand the case back to DEP so First Wind could have the opportunity to modify the project. This request was unanimously voted down by the Board.

"To put forward a request to amend the project 72 hours before the final vote is ridiculous. First Wind could have amended the project any time over the past ten months but decided to file an appeal instead. We’re glad that the BEP saw through the tactic and rejected First Wind’s appeal.”

The Bowers project called for sixteen 459’ tall wind turbines to be erected on Bowers Mountain and neighboring hills in Carroll Plantation and Kossuth Township in Penobscot and Washington Counties. The project would have had a total nameplate capacity of 48MW with an actual output of approximately 14MW.

Although the turbines were to be sited in Maine’s Expedited Permitting Area (EPA), where scenic impact standards are reduced for grid-scale wind energy projects, it was within 1200’ of a large area that had been omitted from the EPA in order to protect the scenic value of the Downeast Lakes Region.

The denial of the Bowers project presents First Wind with a conundrum. On August 2, 2013, nine days after DEP announced that it would reject the Bowers project, First Wind signed a 15-year contract with National Grid, the utility that supplies electricity to customers in Rhode Island. Under terms of the contract, First Wind must build the Bowers Project and send its electricity to businesses and residents in Rhode Island. The company was so confident that the Bowers project would be approved on appeal that it put up approximately $1.5 million, money it will forfeit if it can’t deliver on the contract. First Wind’s only option now is to appeal the BEP’s decision to Maine’s Supreme Court.

“We’ve been fighting to protect this remarkable network of scenic lakes for four years now,” Campbell said. “First Wind claims to be doing what’s best for Maine but these endless hearings cost the taxpayers a lot of money. Three strikes and you’re supposed to be out. I hope this time the developer gets the message leaves this treasured area alone.”

Martha Thacker, I applaud you for attempting to change his opinion / views. Maybe with science - financial based information they can be educated on the uselessness of these industrial wind projects. Thank you for your efforts.

I want Mike Michaud to change his opinion on wind farms. I am not particularly smart  but  I know there won't be money in wind farms very much longer for the much sought after campaign contributions . Perfect time for mind changing. I don't want to sit another election out.

One would think when a project is denied the developers would move on. Instead, they continue to dump money into projects which will again be denied. It sounds like job security for Juliet B. and crew. The higher management must be OK with throwing money away and not holding their legal firm accountable. Nobody ever accused wind companies of responsible development anyway.

Martha, I am not sure what you think Mike Michaud will do with the comment you sent from the BDN since he is a huge supporter of industrial wind energy proliferation in the great State of Maine. Michaud is just another Angus King waiting to happen. Sorry, but he has already stated he is pro wind. Just saying.

Although they haven't so much as cut a tree yet, the Bowers project is already contributing to the Maine economy. I understand they have already invested $16million or so in Bowers over the past five years. Of course not all of that was spent in Maine but much of the civil design was done here. And let's not forget Verrill Dana. Juliet Browne is the chair of the firm’s Environmental Law Group. She can't be cheap.

First in Wind_Last in Taxes 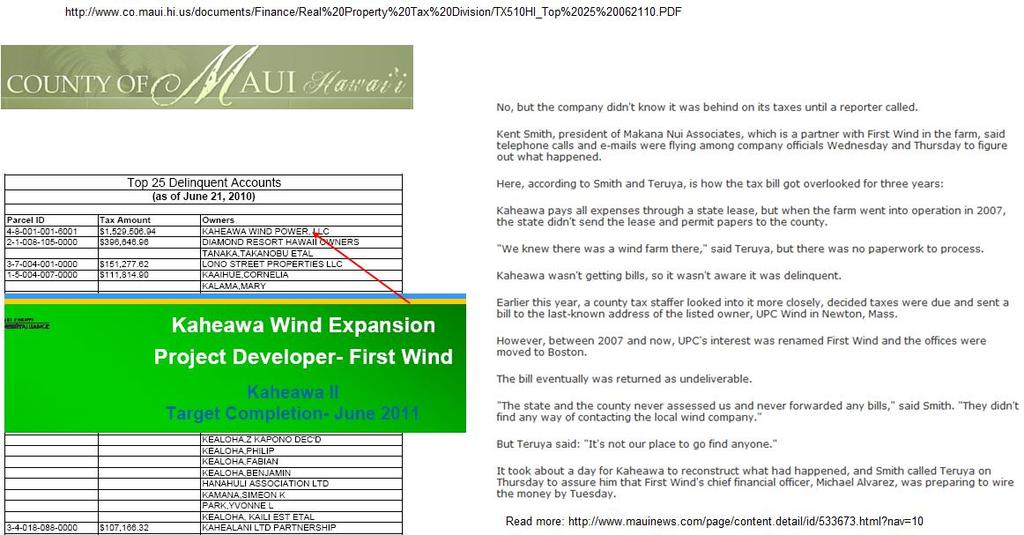 "Another thing which I'd wonder is an advantage is that they hired Kurt Adams as Director of Transmission directly from his job as Chair of the Maine Public Utilities Committee at a time when the PUC greased the skids for the eventual approval of CMP's $1.5 billion transmission "upgrade", which was funded 100% by ratepayers and was built for the sole reason of giving the wind companies "free" shipping for their product to Mass, Ct and RI, even though the PUC lied and said the reason was aging lines. Oh, and Adams had been interviewing for several months at First Wind while chairing the PUC. The Maine Center for Public Interest Reporting pointed out that "While he was Maine’s chief utilities regulator, Kurt Adams accepted an ownership interest in a leading wind energy company.

Too many gifts spread around in this particular First Wind venture. And do the movers and shakers who sit  around planning how to once again steam roll ME not realize that we get around and talk about them too? Like offering poorer people less money yearly for their support of  the wind farm of the day? And do the people who accept money for their support ever think about the meaning of the word bribe?   And maybe feel a little smeared from the contact?

Congrats to PPDLW!!!!! I hope this goes no further. I wish all Maine lakes were protected from industrial sprawl.

Comment by Kathy Sherman on June 6, 2014 at 12:21am
And I hope that it is a victory that will 'trickle down' for all of us. I would hate to see us have to precisely value so many amenities about the natural world: 1200 ft. Already registered re 'significant'. So many of ud take for granted our scenic vista and cultural/historic heritage. 200 years or 500 years, or 10,000 plus years. I am pretty sure that much of New England that is 'worthy' by federal standards has not done so. So I congratulate Maine and conservationist legacy for having done so.
It is precedence. The hail- Mary of let us downsize is a trick I have seen done way too often.

I hope you good citizens will keep moving regulatory agencies back to what they are actually supposed to do.