And to think that the liars in the Maine wind industry, the Maine environmental groups and the Maine media had the brass to tell us the ratepayer-funded $1.5 billion CMP upgrade was due to aging lines and population growth, when in fact it was pure ratepayer robbery for the wind developers who were stuck without the new transmission. Where was the "Public Advocate"?

Why is this Portland story not in the Portland Press-Herald? 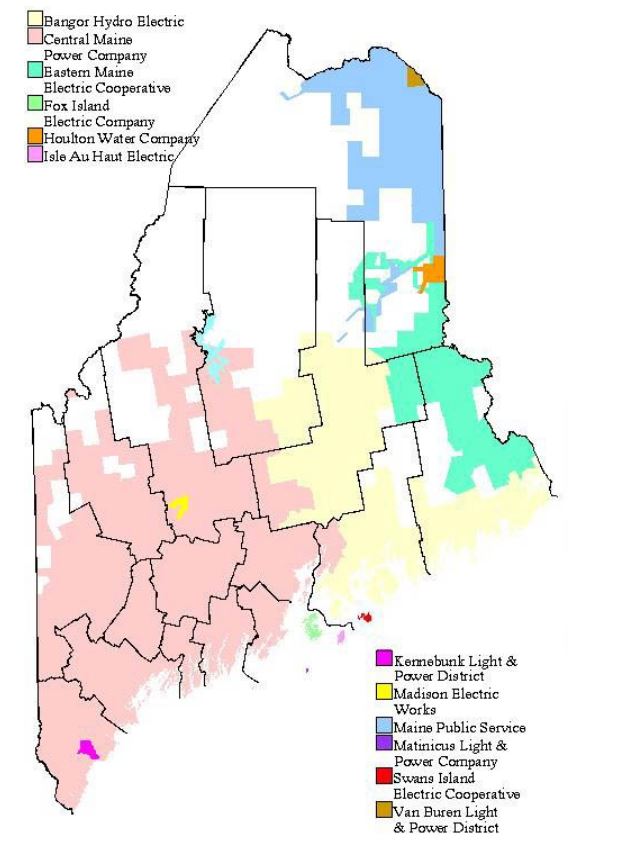 Although this CMP proposal is highly secretive, from the BDN story below, it affects primarily the Portland area. Moreover, it would thus seem to affect readers of the Portland Press Herald more than Bangor. (See map above from …

The proposal to build a $950 million power line through western Maine received a major boost on Monday, when a decision by a regulatory board in New Hampshire mortally wounded the project’s competitor.

Action by the New Hampshire Site Evaluation Committee to delay its final decision on the Northern Pass transmission line likely will make an alternative proposal from Central Maine Power the default winner in a bid to supply vast amounts of hydroelectricity from Quebec to Massachusetts,…

A handful of extremists are holding up Maine’s economic and energy future. They are blocking New England’s access to affordable, clean burning natural gas, keeping us captive to high energy prices during the recent bone-chilling weather.

Enbridge’s Atlantic Bridge, which would move more natural gas into our state, is being held up so Massachusetts can appease a small group of…

How Corrupt is Audubon?

Russian interference in our politics by funding environmentalist groups

Grid Operator: Rolling Blackouts Could Become A Fact Of Life In New England

The High Cost of Wind and Solar

Sustainable Development: Code for Giving Up…

After 25 years of term limits, Maine still has plenty of career politicians

Maine enacted legislative term limits in 1993, when 67 percent of voters endorsed the measure proposed through a citizen-initiated referendum.

But 25 years later, the politician it targeted is still in office, candidates with legislative service dating to the 1970s are running and Maine’s citizen legislature is populated by elected officials who would have a hard time disputing that the label “career politician” fits them. Being a…

Michael Stoddard, executive director of Efficiency Maine, noted that homes typically use more power during the holiday season – decorative lights, holiday baking, even having device-laden college kids home contributes to usage. Combining that with longer run times for heating systems could account for some increase.

“But if their bills went up by an amount more than that would explain,” Stoddard said, “then I think the use of resistance electric space heaters for supplemental heat…

"Offshore wind turbines will be devastating for property owners"

As can be seen in this article the wind industry identifies a setback requirement of 26 miles offshore as a deal-killer. While they might cite having to request new boundaries for their lease area off Maryland and potential conflict with shipping routes as reason it is likely that cost of the undersea cable is an important factor. In Rhode Island, the cost for the 22-mile cable to Block Island…

“We have nothing to gain and everything to lose.” Michael Dawson was one of four Midcoast fishermen who voiced their opposition to a University of Maine-led consortium of 19 other private and public partners interested in developing an experimental off-shore wind farm near Monhegan Island..........

“My concern is we will end up with wind farms from Rockland to Portland, and they will tell lobstermen, ‘You’re out of here!’” said Boothbay Harbor fisherman Andy…

Eagle Nation Foundation founder Terrence Ingram, with 57 years conducting midwinter bald eagle counts, is sounding an alarm that populations of eagles dropped 25 percent between 2010 and 2017......People throughout the Midwest, the Atlantic and other New England states are standing up and saying “Stop!”…

This PPH position is what many of us have been saying for some time.

Massachusetts wants to put a transmission line across Maine, but won't allow a gas line at home.

Plans to bring low-cost natural gas to New England stalled when Massachusetts courts turned down a financing scheme for pipeline projects that would have connected with gas reserves in the West. That decision keeps Maine manufacturers from taking full advantage of the gas boom…

“In order to be successful, we want more than just birders and that crowd involved,” said Maine Audubon staff naturalist Doug Hitchcox, who’s serving as an atlas outreach coordinator with his Audubon colleague Laura Minich Zitske. …

Once described as "The Most Beautiful Place on Earth" on the cover of U.S. News & World Report, Isle au Haut is now giving thought to wind power down the road. Not surprisingly, the Island Institute seems involved.

"Phase two, which will be installed after the cable fails, will take the lessons learned from phase one and possibly add other renewable technologies, such as wind, to provide electricity when there is extended cloud cover over the solar panels, Wilson…

JOHN E. BALDACCI - Why Have the Maine Media Not Reported This? With wind power one of the most controversial issues Maine has ever seen; and with the 2008 expedited wind law "the most radical land use law in Maine history"; is it not newsworthy when the former Governor who personally rammed that wind industry-developed abhorrent law down our throats becomes the …

The manager of New England's power grid says for the first time ever, there are more proposals for new wind power projects than there are for natural gas. But getting those wind turbines up and running is a totally different ballgame.

About half of those new proposed wind projects would be onshore -- in northern parts of New England. But here's the problem: many don't have a way to plug into the grid........…

Gov. Paul LePage’s push to curtail expedited permitting for wind energy projects suffered a serious blow Thursday by Democrats trying to kill the governor’s bill before it can be formally introduced...........

The bill debated Thursday in the House is a follow-on to that order. It would reduce the expedited permitting area, which currently includes much of Aroostook, Washington, Penobscot and Somerset Counties, to only a portion of…