Here is a review of important events of the past year related to neighbors of the wind turbines on Vinalhaven.

Last August, FIWN (Fox Islands Wind Neighbors) appealed in Superior Court against the Maine Department of Environmental Protection (DEP). For two years, neighbors of the Vinalhaven wind turbines fought for restoration of the peace and quiet they used to enjoy.

The neighbors sought to obtain compliance on the violation of state noise standards.…

The audio for this can be heard at http://www.maine.gov/governor/lepage/news/radio_addresses/index.shtml

Merry Christmas from Your Friendly Neighborhood Wind Developer: Bribes in the Guise of Largesse?

From snowmobile clubs to fire departments to historical societies, and from fuel assistance funds to youth programs to libraries; the wind industry in Maine has a long history of spreading its money around the communities wherein it hopes to build grid-scale industrial wind facilities.

The DEP's "third party" noise expert, Warren Brown, has until now maintained that measurement of low frequency turbine noise is "preliminary and unrefined".  Studies like this should help Brown accept the mounting evidence that turbine noise causes Wind Turbine Syndrome and needs to be regulated accordingly.

The analysis was partially…

This comes on the heels of the restrictive ordinances approved by MAINE CITIZENS on and since Election Day last month:

at one time I read that Maine's 8% share in transmission upgrade for ISONE was $5,000 a household.

I think it was Paten Pete?   true?

It’s been a rough two years for global warming alarmists.

Cap and trade failed in 2009, despite the fact that Democrats controlled the House, Senate and White House. The recent United…

AWEA gets a LUMP of COAL from american taxpayers

I asked the Governor what his thoughts were on.."should Unorganized Townships be able to enact local ordinances...especially protection from GRID scale WIND?" Andrienne Bennett passed the buck to Beardsly of Department of Conservation and then to Patricia Aho of Department of Environmental Protection.  Governor grabbed the microphone on the way to Aho and said, "If you do not like WIND tell your legislators and representatives. It is election year. The UT's will be…

New Jersey will depend less on solar panels,…

Terence Corcoran: The dark side of green energy

Terence Corcoran: The dark side of green energy

Folks,
The following  letter is  part  of  a national  campaign to  request the Congress to  allow Section 1603 grants  to  expire this  year.
CTFWP is working  at coordinate the  Maine effort and will  compile the names and coordinate the mailing.  (You can also send your own…
Continue

This; From the Institute for Energy Research 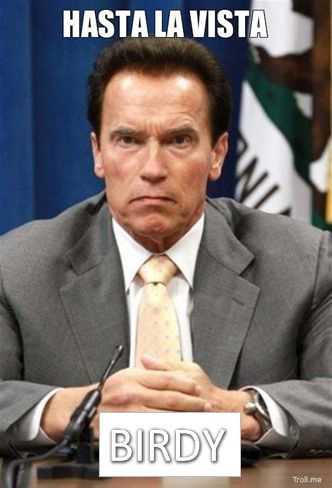 Hello Willem Post - Sorry, I simply do not know how to do a spreadsheet. I am 79 years old and most details of the internet have escaped me.  But you have a very good idea;  I hope someone will spot this and do the project for you.

To me, it is self-evident that actual power production (and the lack thereof) will eventually prove to be the deciding factor in whether the turibnes will endure.  From what I have seen in monitoring the UMPI turbine's poor output for 2.5 years,  inland…