The Wind Industry Does Not Want Mainers to See this Video

Not as long as we get Noreasters.

"In summary: wind turbines can survive hurricanes. It’s up to existing projects, project developers, turbine manufacturers and the industry as a whole, to update the public on how turbines handle extreme weather events".…

WASHINGTON, D.C. -- Today, U.S. Secretary of Energy Rick Perry formally proposed that the Federal Energy Regulatory Commission (FERC) take swift action to address threats to U.S. electrical grid resiliency.  Pursuant to his authority under Section 403 of the Department of Energy Organization Act, the Secretary urged the Commission to issue a final rule requiring its organized markets to develop and implement reforms that would…

The American Wind Energy Association said Perry’s proposal “would upend competitive markets that save consumers billions of dollars a year.”

“The best way to guarantee a resilient and reliable electric grid is through market-based compensation for performance, not guaranteed payments for some, based on a government-prescribed definition,”…

LePage wants to develop a new gas pipeline from Quebec

Environmental groups in Maine have been fighting pipeline expansions, favoring investments in efficiency, wind and solar........In his remarks to the gas group, LePage blamed “liberals” who have pushed policies to subsidize wind and solar energy for Maine’s above-average electric costs, noting that nearly half of the state’s electricity is generated by gas. …

They are at it again!  Beattie Township on the Quebec/Maine border is an odd place to bring Canadian power into Maine, as the prime sources of newly developed and planned hydro is northeastern Quebec and Labrador, especially the massive Churchill Falls site. What this line WILL do, however, is provide Avangrid with a trunk line to develop wind power projects in the Boundary Mountains and Moosehead Lake…

Sappi mill manager gets LePage nod to fill vacancy on…

Guess who is sponsoring this Bi-Partisan Senate bill? Three guesses and the First two don't count. What's worse, she may be signing on to be Governor after LePage terms out. OUCH!!!! At all costs, we must end her misguided attempt to be anything more than a RINO Senator. Sorry I have to get so political, but when I think of the hours and hours I put in on every one of her campaigns, how much money I spent…

Massachusetts Plans To Put Wind Turbines In The Ocean Even After Hurricane Bob in 1991. Cape Cod Lost 600 Utility Poles During That Storm.

The EU is finally admitting that wind power will not be able to provide enough energy for their needs without backing up with coal or gas plants for baseload. They are misguidedly phasing out reliable nuclear. Energy prices in the EU are already some of the highest in the World and looks like they are going to go up. This puts their industry in peril. Everyday Germans are already having to decide whether to pay for their energy or buy food. The fantasy of wind and solar is that no matter how…

Wind and water: Powering our past, and future

More from the unhinged left. This time it's from the New Hampshire press which has been co-opted by those from Massachusetts plying their idea that huge offshore wind developments would save our planet. They would be building one a week until 2030 off the Maine Coast and he wonders why New Hampshire should not get in on the action. Anybody see the pictures of what happened to the turbines in Puerto Rico…

I am an active user of Facebook and belong to two groups organized around hiking in Maine.  Whenever someone posts a photo from a Maine mountain that includes wind turbines I always make comments cri…

I am an active user of Facebook and belong to two groups organized around hiking in Maine.  Whenever someone posts a photo from a Maine mountain that includes wind turbines I always make comments critical of the turbines.  If you are using Face Book, I suggest you do the same.  Just search FB for Maine Hiking.  Today, someone posted some really nice photos of Saddleback in Carthage and, unfortunately, chose to add this photo of the wind turbines.  Here is my comment:
"…

First Evidence That Offshore Wind Farms Are Changing the Oceans

Surprise! Surprise!  There is evidence that offshore wind farms will be changing the ocean. We already know it is causing whale communication problems and strandings.

The interesting part of this article comes in the very first paragraph; "Offshore wind farms are becoming increasingly common in our oceans. In Europe, the goal is for them to supply over 4 percent of the continent’s electricity by 2030.  And that’s triggering a wind power boom—the amount of electricity…

Confronted the people from Maine Audubon yesterday at Common Ground on their support of wind farms.

They were very defensive, and had a scripted response which evaded specifying wind farms; but what emerged is they don't directly do any investigation of bird or bee kills or the effects of herbicide spraying in transmission R.O.W. or destruction of bird habitat; they rely on third parties to do that.

Take some pic's of dead endangered species and keep confronting them. Find…

Professor Daniel Rothman, another of the NWO "scientists", is putting the blame for "Mass Extinctions" purely on the back of the CARBON pollution we have brought on by our industrial modernization. He says that by 2100, in the lifetime of our grandchildren, we could see many mass extinctions and that they are already happening. What he neglects to throw into the equation is that most of the mass extinctions we have experienced in our own lifetime have NOT come from carbon pollution but from… 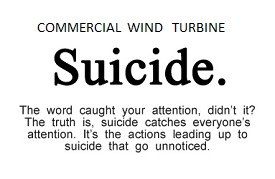 Former Governor Deval Patrick has committed Massachusetts to an agenda of installing 2000 megawatts of commercial wind turbine power by the year 2020.

HERE'S A GOOD ONE FOR YA!

Irma Victims Tried to Flip on Solar Panels, But Got Hit With Sick Law

Ah the green industry. Always looking out after their religious followers.

When hurricane Irma hit Florida last week and the power went out, all those solar…