A Winning Trifecta for Climate Science and Rationality

First there was Michael Moore’s Planet of the Humans, then came Bjorn Lomborg’s False Alarm, and now Michael Schellenberger’s Apocalypse Never. All three authors sound the common theme that the hyper-green environmental activists who have captured, politicized, and monetized the concern for the environment have, as Lomborg explains, created a false climate alarm which has “costs us trillions, hurts the poor, and fails to fix the planet.” To varying degrees, all three…

Half a dozen hot-button docs have been pulled from platforms or dropped by digital distributors in the past year, angering filmmakers and viewers: "People do not like to be told they cannot see a film."

On May 25, YouTube pulled the Michael Moore-produced environmental documentary…

Citizens' Task Force members: SSL high level security is now in use on this website

To all members of Citizens' Task Force on Wind Power - Maine, I have been advised by a fellow member who is highly literate in all things digital that SSL high level security is now in use on this website.

Assurance of this can generally be seen in the address bar of your browser when you are at this site, usually on the left hand side. For example, the following is how it looks on the Google Chrome browser:…

As Effective as RCP8.5 ! What's That? (Well, as good as Covid Modeling)

Ross McKitrick: The flaw in relying on worst-case-scenario climate model

Whenever you read a media story about how…

THE GLOBAL WARMING SOLUTIONS ACT A DECADES-LONG BURDEN ON VERMONT

The Vermont House overrode Governor Scott's veto of GWSA, and sent it to the Vermont Senate for an override vote

GSWA converts the aspirational goals of the CEP, into mandated goals, with penalties, taxes, fees and surcharges.

GWSA had been called “must pass this Session”.

THE VAGARIES OF SOLAR IN NEW ENGLAND

Norway to rein in wind power after raging opposition from locals

Norway is set to tighten rules for building wind turbines, caving in to massive protests from locals.

A government proposal on Friday to slow down the development of onshore wind power comes after increasing local resistance mirrors sentiment in other European countries. Norway already decided to scrap a plan for a new permission framework last year.

House Democrats are proposing to extend wind and solar tax credits by at least five years as part of their $1.5 trillion infrastructure package, teeing up a fight with Senate Republicans.

The infrastructure bill, the Moving Forward Act, incorporates a discussion draft released late last year by Democrats on the House Ways and Means Committee that… 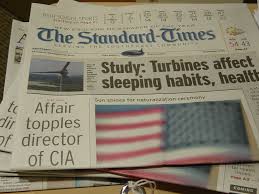 NERA in April filed a petition requesting the Federal Energy Regulatory Commission (FERC) “declare that there is exclusive federal jurisdiction over wholesale energy sales from generation sources located on the customer side of the retail meter.” NERA also wants FERC to…

Please go to page 42 of the link below to read these and other articles. When you click on the link, it should download as a PDF file.

Reality Is Gradually Catching Up To Green Energy
Wind Energy Projects Are “Like Siting Landfills. Nobody Wants Them.”
Until we get a proper roadmap, Net Zero is a goal without a plan
COVID-19: Green New Deal dress rehearsal
Good Commentary on the Lake Erie Wind Project
It’s time for California to follow Mexico and pull…

Aging coastal grid must be upgraded for industry’s expansion

An offshore wind farm planned for the waters off Martha’s Vineyard, combined with the “cumulative” effects of a larger build out of thousands of wind turbines off the East Coast, could have “major” impacts on the commercial fishing and shipping industries, a long-awaited federal study has found. 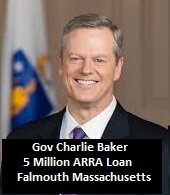 Massachusetts Governor Baker admitted to Congress in February of 2019 this about the Falmouth wind turbines:  “Sometimes when something doesn’t go the way it should go, everybody blames the concept,” he said. “Well, sometimes "we just screw…
Continue

CounterPunch: Big Green Meltdown Over Planet of the Humans

As a former environmental activist and environmental journalist with a brief appearance in Jeff Gibbs’ film Planet of the Humans—I was the guy trespassing at the biomass facility—I’m blown away by the amount of discussion the film has generated.

POTH brings up a slew of critical environmental issues ranging from ecosystem destruction to species extinction to climate change; the impacts of fossil fuels and limitations of alternative energy; the…

VEIC states: Vermont is on its way to becoming an advanced…

The lefty filmmaker finds green energy a capitalist scam but learns nothing about climate science.

Most of what left-wing film producer Michael Moore has to say about green energy in his latest film, “Planet of the Humans,” is right: These…

For those that are not aware, this group within minutes, eliminated all my scientific comments made to this site and I've been banned ever since. For me it is very obvious that this group is a partner in the green cartel's fraudulent message to the world.…