For those that are not aware, this group within minutes, eliminated all my scientific comments made to this site and I've been banned ever since. For me it is very obvious that this group is a partner in the green cartel's fraudulent message to the world. 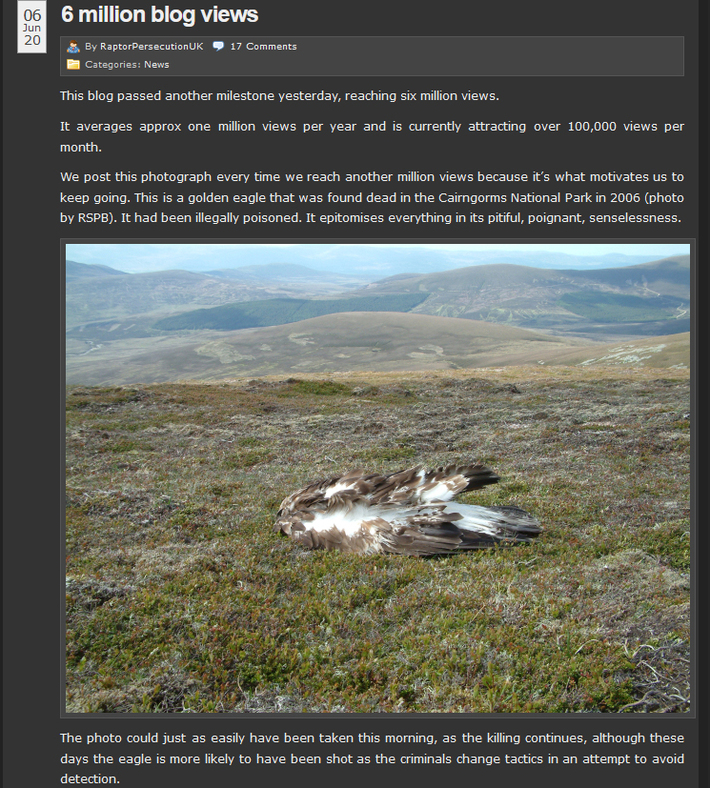 One of my censored comments. After I saw my first comment immediately deleted, I took this image of the screen with my camera before the scumbags could delete this one. But it never showed up because they had already placed me in a delay "moderation category.

My first comment was about the rigging of golden eagle satellite tagging data in the US and how easy it is to do.  Of course this data released to the public almost always shows eagles that have disappeared, as being nowhere near turbines. Here is the beginning to what took place that day. Notice how I am accused of doing the very thing these scumbags being paid to do. Poisoning and shooting is bad, reports of wind turbine strikes are to be censored?  Any censorship is stifling free speech, but censorship of cause of mortality is censorship at its worst.