The construction workers who traveled to central Kansas to erect a wind farm for utility giant American Electric Power thought it would be a good job. Then they fell victim to the troubling side of the renewable power industry.

The nomadic band of workers had come to the Flat Ridge III project from Texas, Michigan and other states to install 62 turbines with towers as tall as 300 feet using cranes and heavy machinery. But after a few months the project broke…

They are called "Unreliables" for a Reason-Texans and Californians Know Why .A Little Kindergarten Science

Ask a Kindergartener what happens to a pinwheel if the Wind does Not blow?

You will get the Correct answer. But not if you are a Wind or Green Energy aficionado!

When the Wind doesn't Blow(or the Sun does Not Shine) They Don't Work, when you need them to.

"The grid nearly failed because of an…

President Joe Biden’s White House team is drafting a massive $3 trillion infrastructure spending deal, according to reports, but most of the spending will be directed toward social welfare programs.

The New York Times previewed the spending plan on Tuesday,…

Lobsterman Larry Reed posted video on Facebook Monday morning of the Go Liberty, a 150-foot survey vessel, as it appeared to draw near lobster buoys in the…

Wind Company Interlopers, with the blessings  of the dumbed down "Green Dream" left wing progressive legislature run by the democrat graft machine (with cooperation of republicans who often will not take an aggressive oppositional stance in the state), have royally screwed the average Mainer, regularly and routinely with these…

According to a letter sent to Helix Maine Wind Development on March 4 by the Maine Revenue Services Property Tax Division, the state reduced the valuation of the 44-turbine facility by $54.86 million. As a result, a refund of $469,611.60 is warranted for property in the townships of Wyman, Jim Pond, Kibby, Chain of Ponds and Skinner for tax year 2020, according to supervisor Lisa Whynot’s letter to Helix. The refund to Helix is expected…

MOUNT DESERT — As Maine lobster fishermen are working to navigate regulations for the safety of right whales and the effects of global warming on the industry, they are now being asked to share their territory with wind turbines.

“There’s so many different reasons to oppose it,” said Jack Merrill, a resident of Mount Desert and a member of the Cranberry Isles Fishermen’s Co-op who has made his living as a lobster fisherman…

Many of you may already be aware that that the founders of Windaction.org have launched the Wildlife, Energy & Community Coalition…

The Social Cost of Climate Tyranny

How stupid does this "elite" coterie of idiots think we are? After losing four years in the implementation of their new world order criminal plan to Trump's America, the globalist con artists have put all of their efforts on overdrive. Pushing carbon taxes based on their "settled science" of global warming is not going to sit well with most Americans when they realize what is really going on - the biggest attempted heist in the history of the world.

Maine fishermen caught in a quandary over offshore wind-array site

The criminals of Wall Street march on relentlessly in pursuit of free money in one of the greatest con games of all time. It's amazing what can be done with a lying media, compromised government and a sleeping citizenry.

The state has identified an oval-shaped "area of interest" for the project, southeast of Casco Bay. To the west, the area crosses onto traditional fishing grounds called Jeffrey’s Basin and Platts Bank. Another fishing area, Mistaken Ground, is…

The Elitists Guide to Sucking "We the People " Dry, a Utility Bill At A Time...

Giant batteries coming to Maine to soak up, send out excess energy

So this can power homes for up to two hours. Then what? What are the costs? How much power is lost in the course of charging and discharging the batteries? Effect on ratepayers and taxpayers? How clean/dirty are batteries across their life cycle? How long do the batteries last? Battery disposal? If there are ever huge numbers of batteries being charged during off-peak hours, will those hours still be off-peak?

Maine policymakers want to encourage such projects as…

EXCLUSIVE - A coalition of 12 states is suing President Biden's administration over a climate executive order that they claim has the potential to have a serious economic impact across the country through the expansion of federal regulatory power.

The "Green" lesson from Ross Island

HR 1, PELOSI’s FOR THE PEOPLE ACT

HR 1, PELOSI’s FOR THE PEOPLE ACT

KELP, other seaweeds are gobbling up dissolved CO2.

Studying the surging seaweed that is sargassum

It's no coincidence that Joe Biden has two homes located in a state that produced one of the all time fraudulent wind energy mortality studies.…
Continue 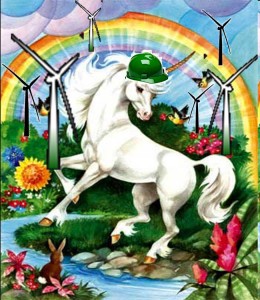 The announcement by Summit Natural Gas of the withdrawal of their plan to extend a fracked gas pipeline from Belfast through Thomaston is a win for our health, planet and economy. It’s also a testament to the power of community organizing..............

The best alternative to fracked gas and other fossil fuels is…

Climate Policy Is a Money-Making Opportunity for the Elite

"Across half a century of forecasts, the apocalypse is always around 20 years out."

For climate true believers, however, offset markets are a sham and no substitute for genuine emissions cuts. In his September 2020 RealClear Energy essay on an “Ecotopian” Future, Joel Kotkin warned that green funders from Wall Street,…