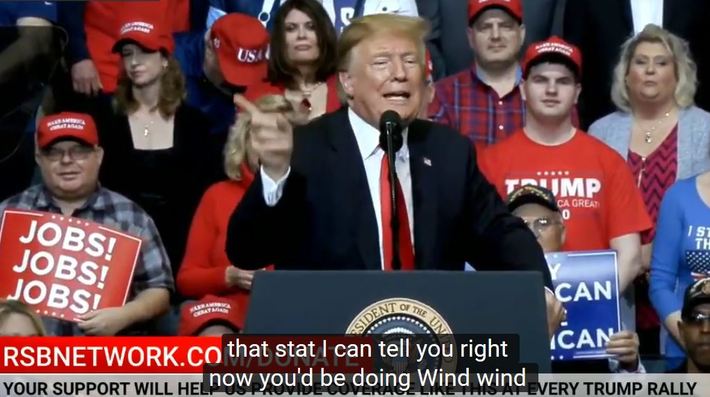 It's good to see the… In a 45 minute interview with Sean Hannity on the 3/27/19 telecast of "Hannity" on the Fox News Channel, President Trump discusses a number of topics including wind power and the "New Green Deal".

Watch the video of the full one hour telecast at:…

When research follows a narrative and not scientific protocol,this is the result

There are many serious ramifications in pursuing science that fits a narrative instead of collecting data, then deriving proper theories from real data.

One of the consequences, especially in this seemingly new era of real justice that we are now enjoying, is that cheating scientists can get caught and punished.

From Walmart To Google, Companies Teaming Up To Buy More Solar And Wind Power

Going green is often easier said than done, but a new business organization is hoping to change that. While focusing on large-scale energy buyers, the group plans to push for changes that could make renewable power more accessible for all Americans.

The current Pisgah Mountain LLC wind energy facility here in Clifton is not enough for the foreign SWEB corporation. Starting in 2016, SWEB has been getting its ducks in a row for another attack on our community. In 2016, it bought out about half of Pisgah's land area, over 100 acres, to add to its 49% ownership of the Pisgah facility and SWEB took out a 5 year option to buy an adjacent large tree growth parcel whose owner had refused to support…

Also included in this post is a small sampling of earlier posts related to Angus King's wind projects in Maine. Anyone interested in finding more such material need only use the search box in the upper right area of this website. Type in terms such as Angus King, Record Hill, Independence Wind, Roxbury Pond, Highland Plantation, etc. (without quotes) and your search results should include considerable information.…

The Senate voted down on Tuesday S.J. Res. 8, the Green New Deal Resolution, 0-57, with all Republicans, three Democrats, and one Independent voting against it.

But even if Democrats voted “present,” McConnell said Tuesday’s vote put them on the…

The bottom line is that AGW activists want us: a) to accept a hypothesis that has not followed traditional Science protocols, and b) to fork over $100± Trillion to implement “solutions” (like industrial wind energy) that are scientifically unproven. What could go wrong?

Read the full article at the following…

Some of the more important articles in this issue from The Alliance for Wise Energy Decisions (AWED) are listed below. Please click on the following link to read these articles:

President Trump: Watch wind turbines drop the value of your house by 65 percent

A massive coalition of environmental organizations, activists, and think-tank leaders signed a letter to President Donald Trump supporting the proposed Presidential Commission on Climate Security (PCCS), as well as the…

Nice to see the media assist in leading our kids down the garden path at the same time not a single major newspaper in the state reported that the University of Maine's sole onshore wind turbine was completely destroyed by fire on 4/1/18, almost a year ago. And zero reporting ever since. You don't suppose they'll do a retrospective on the defunct turbine's 10 year anniversary…

Presented by Representative MAXMIN of Nobleboro.
Cosponsored by Senator BELLOWS of Kennebec and
Representatives: BERRY of Bowdoinham, EVANGELOS of Friendship, HEPLER of
Woolwich, HICKMAN of Winthrop, INGWERSEN of Arundel, Senator: CHENETTE of
York.

A copy of the bill in PDF may be downloaded here:…

Maine to give $5.1 million subsidy to boost electric vehicle purchases

Maine will provide a $5.1 million subsidy and add at least 50 public vehicle charging stations to encourage residents and companies to buy all-electric vehicles.

NEARLY 50 ELECTED AND BUSINESS officials from southeastern Massachusetts are urging the Baker administration to tweak the contracting process for the next offshore wind procurement to give a greater emphasis to onshore development investments. 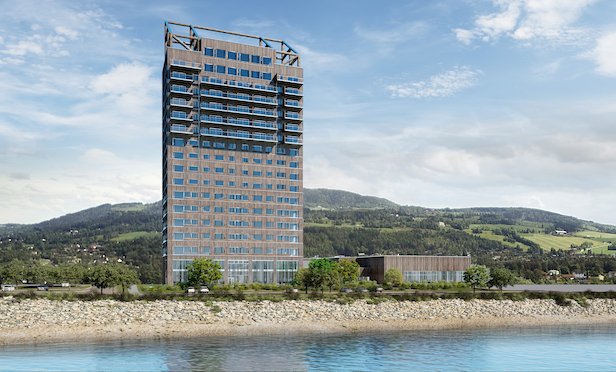 The Mjösa Tower was officially opened on March 15 and took over the title of the world’s tallest wooden building. The 18-floor building, located in Brumunddal Norway, reaches a height of 85.4 meters.… "If the greens care so much about the environment, why are their cities filthy - the cities that they run, San Francisco, Los Angeles, New York? They're cesspools."

Begin viewing at the 14 minute mark at the following weblink:…

The Millstone Nuclear Power Station will stay open for another 10 years – a prospect that had been in some doubt recently even after it was selected in December as a winner of the final carbon-free energy competition by the Malloy administration.

Dominion, Millstone’s owner, had been negotiating with Connecticut’s two utilities – Eversource and United…

The Green New Deal's champion, Alexandria Ocasio Cortez "is not really the congresswoman of New York's 14th congressional district - she is essentially an actress, merely playing the part of a New York congresswoman", according to a new and very disturbing video. "If you find somebody with star power, you go with it and obviously Alexandria Ocasio Cortez has star power". "Their casting was perfect". "They freely admit it".

In the words of Alexandra Rojas, the executive…