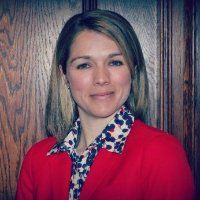 While lawmakers, facilitated by the media and so called environmental groups (the latter ON THE TAKE), have wasted precious time and money pursuing fanciful and cronyistic wind power, they have unconscionably moved Mainers closer and closer to disaster.

How did we get here? Over the past 15 years, New England has implemented shortsighted electricity policies that have led to a hodgepodge of mandates…

In an examiner’s report filed with the Maine Public Utilities Commission, the commission’s staff recommended against designating GridSolar LLC as the state’s smart grid coordinator but directed the commission to solicit proposals to fill the role of solving transmission and distribution problems with new technologies, dubbed nontransmission alternatives.…

Like wind power, hydropower produces “green” energy that involves no carbon emissions into the atmosphere. But while wind turbines operate only when the wind blows, the regularity of tidal movement and river currents gives hydropower the added advantage of predictability, making it a much more reliable source of energy.…

ALEXANDRIA — Opponents of new large-scale “industrial” wind plants in New Hampshire are bringing back an expert who they credit with helping to deter new wind-power developers with his 2013 claim that the state would see little, if any, benefits from wind power generation.

“Dr. Luce’s last appearance drew rave reviews and it was the basis for a lot of what happened,” she said. “He makes a lot of…

Opponents of a 148-megawatt wind farm in the Aroostook County town of Oakfield that broke ground in September are asking a federal judge to withdraw the project’s permit and require additional review to see if it harms endangered Atlantic salmon.…

TODAY at 11am in Bangor Federal Court - Protect Our Lakes v. First Wind

The federal court usually starts very promptly so you should be there by a bit before 11 am.

Please attend if you can and support our Oakfield/Island Falls friends in Federal Court .

Relaying a message on behalf of Donna Davidge:…

EXCERPTS:  Did anyone hear a peep from Mr. Lee and all those Big Wind cheerleading organizations two years ago when, without debate or even a single NO vote, the Legislature increased the speed limit on I-95?

In the most recent year of EPA data (2012) Electricity Generation accounted for only 10.8% of Maine's CO2 emissions.  But Transportation CO2 was responsible for a whopping 50.1% of Maine CO2 output.