November 2, 1999 was the day Audubon sold out the California Condor and all birds species to wind energy. Audubon allowed the historical mountainous range of the California Condor to be destroyed by the wind industry. Today this endangered species is captive to a small region with permanent feeding stations in an effort to keep them away from wind turbines. Wandering condors and individuals that want to use the same air currents they've used for million of years, are trapped back into captivity so they won't be butchered by the regional wind turbines.

Since then huge sprawling areas of CA and the US have been blighted or devoured by this industry. Audubon is now making money off the millions of protected birds, with lives dependent on these open spaces, that are getting slaughtered annually. At one time Audubon spoke out in defense of these protected bird species, but all this ended in 1999.

For more info on the Condor and the massive coverup surrounding their rapid decline after turbines went up, read this article.............https://www.eastcountymagazine.org/reader%e2%80%99s-editori… It is possible that in 1999 when Audubon settled with Enron, they may have rolled over because they already knew the Condor's habitat had been destroyed by wind turbines.

For those that embrace this sellout group, I ask them to look closely at the last images so they can see for themselves the true character of the "NEW Audubon" and wake up to the fact that this disgusting conservation group is playing both sides. While  pulling in a fortune from each, they are silently working on behalf of this terrible industry. 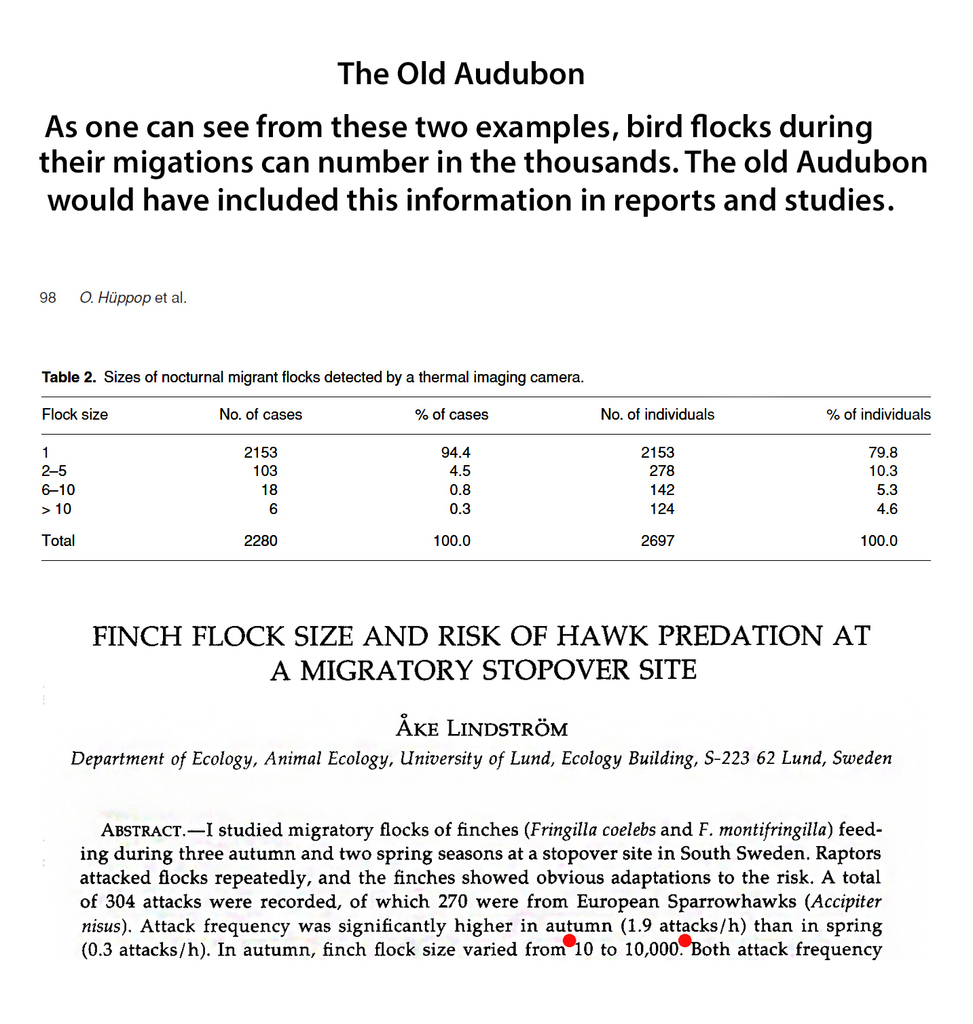 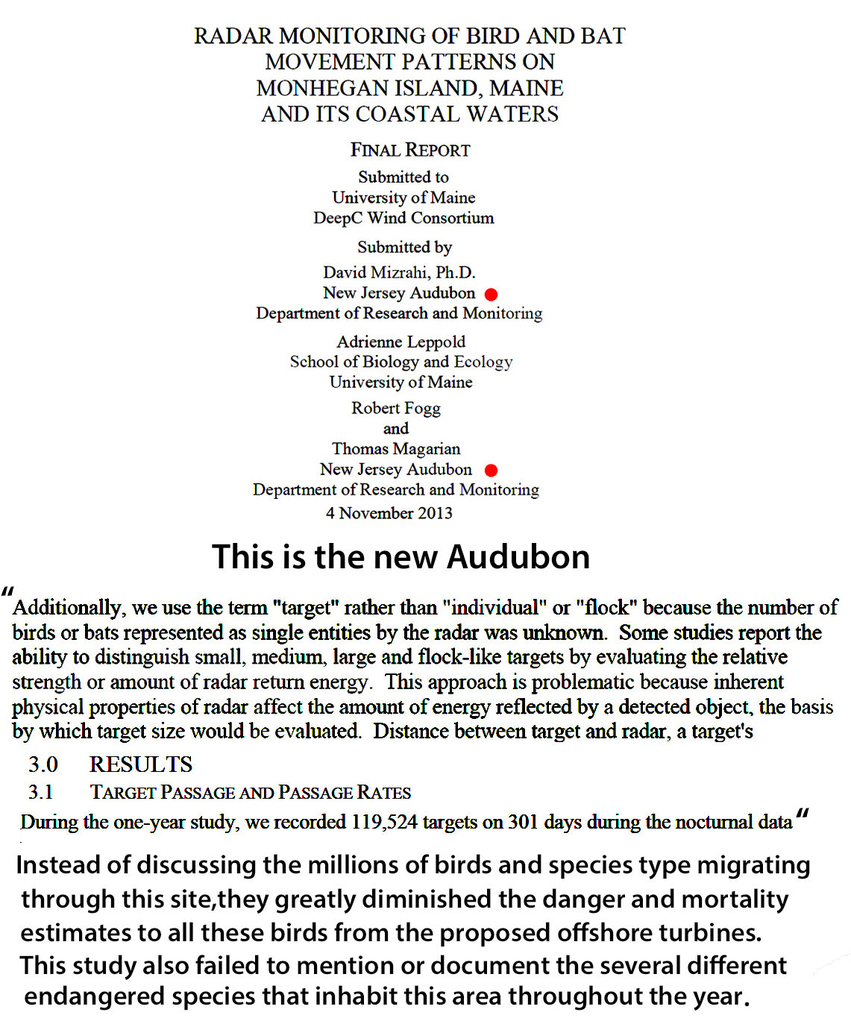 At this link in the video, the speaker talks about a single flock of 100,000 snow geese. But for the new wind turbine loving Audubon, this would be classified as a single target in a fraudulent study. https://academy.allaboutbirds.org/massive-noisy-flocks-snow-goose-m...

There another big problem in all this, our bird species do not belong to Audubon and never did. So why are they being allowed to essentially sell off their destruction to the wind industry?  Here is a two faced post from Audubon speaking about the many millions of migratory birds on the Atlantic Coast and elsewhere, yet they can hardly mention them when they conduct a study for the wind industry............

"The Great Seabird Migration Has Begun
Far out over the ocean, millions upon millions of seabirds are heading south for the winter.
Late August is a fine time to walk the ocean beach. Weather is growing mild; gulls jabber overhead; waves gently lap the sand. But look out to sea: if your eyes could take you beyond the horizon, you would see an astonishing scene. A vast migration is taking place. Offshore, over the Pacific and Atlantic Oceans, millions of seabirds are on the move. Most are heading south, migrating past the US coastlines in August and September.

Fierce, predatory jaegers that nested on the Arctic tundra are flying south to winter on tropical oceans. Arctic Terns and skuas are departing on an epic journey, flying all the way to Antarctic waters. Shearwaters in the tens of millions leave northern oceans to nest in the Southern Hemisphere, many near New Zealand. Even puffins bid farewell to their shoreline nesting cliffs now, scattering widely across the open ocean for the winter.............."   http://www.audubon.org/news/the-great-seabird-migration-has-begun