Becky Bartovics, an organic farmer from the Maine island of North Haven, detailed the environmental cost of the infrastructure needed to transport hydropower out of Canada and onto the New England grid. New England Clean Energy Connect – a proposed 145 mile transmission line from the Quebec-Maine border to Lewiston, Maine – would destroy 263 wetlands and stifle the state’s growing renewable energy sector, she said.

Many if not all of these mainstream environmental groups get money from wind developers as well as from foundations and bundlers to push non-hydro renewable energy (WIND & SOLAR). My guess is that when they accept the money, he who pays the piper calls the tune.

If it is "massive", then it is not renewable?
If it is "Vermont-small" it is renewable?

That just is not logical.

It has to do with economics of scale.

The environs think creating lakes for hydropower is not renewable. But New England has been doing that for 250 years.

Hydro power has the lowest CO2/kWh of all renewables.

Wind and solar the answer?
Look outside. NO WIND AND NO SUN FOR DAYS ON END
http://www.windtaskforce.org/profiles/blogs/wind-and-solar-conditio...

What about creating the New York City Metropolitan Area for urban and suburban living? Is that renewable?

What about people going on a plane trip or a cruise ship? Is that renewable?

The minds of those folks are off the charts befuddled.

Do they live off the grid?
Do they eat homegrown food?
Do they forage in the woods?
Do they make their own clothes?
Do they walk or bicycle?

It seems to me, if you preach to others, one must first walk the walk, and then talk.

More H-Q Energy Would be a Boon for the Vermont Economy:Buying more hydro from H-Q is the smartest approach for Vermont, instead of every Tom, Dick and Harry being INEFFICIENTLY AND EXPENSIVELY busying themselves generating electricity.

Future Wind and Solar and Serving the NE Load: Based on ISO-NE projections (with inputs from states) wind would be about 21.1%, in about 2035 and solar about 5.82%, in about 2027. Such a large presence of variable intermittent electricity on the NE grid would require peaking, filling-in and balancing, 24/7/365, mostly by a large capacity of gas turbine plants, as is presently the case.

Because the sum of wind and solar is near-zero many hours of the year, especially during the December - February period (as proven by minute-by-minute NE grid operating data for at least the past 10 years), these gas turbine plants*, along with some minor sources, such as refuse, wood, landfill gas, methane, and hydro (NE + imports), and some battery and other storage, would have to be READY, STAFFED AND FUELED TO SERVE THE ENTIRE NE LOAD, 24/7/365, at a minimum reliability of 99.97%. Any electricity passing through storage would have up to a 20% loss on an AC-to-AC basis, which has to be made up with additional generation. See Appendix 1.

Assuming oil, coal and nuclear plants would have been forced into retirement, the following would be required:

RE proponents and legislatures in Massachusetts and New York State are obstructing any new gas lines to provide increased DOMESTIC natural gas, because that would be “building out fossil infrastructure”, so they want to “temporarily” use (likely for several decades) increased IMPORTED LNG that is at least 3x more expensive. Are these people nuts, subversive or what? Do they have any sense of economics? See Appendix.

RE proponents often repeat the wholesale prices of wind and solar have decreased to about 5 c/kWh or less during the past 10 years and are now competitive with coal and gas at about 5 c/kWh. However, that is only true:

- Because high subsidies for wind and solar

- The shifting of various wind and solar costs to ratepayers and taxpayers and to federal and state debts.

In 2017, the wind and solar share was 53% in Denmark, 26% in Germany, and 23% in California. Denmark and Germany have the first and second highest household electric rates in Europe, but France, 75% nuclear, has one of the lowest household rates.

Wind and Solar are Cripples:Wind and solar are cripples that cannot exist on the grid by themselves without huge energy storage systems to cover daily, weekly, monthly and seasonal variations after the “dirty/dangerous” nuclear, coal and gas plants are closed, as demanded by 100% RE proponents.

They cannot be compared with wind and solar, because they require the support ofnuclear, coal, gas and hydro plants, that are instantly ready to perform peaking, filling-in and balancing services when wind and solar are insufficient to provide electrical service at a 99.97% reliability, 24/7/365, year after year.

Wind and Solar Lose Value at Higher Percent Penetrations:Germany, California, and Denmark are selling their highly subsidizedwind and solar electricity ar near zero and negative wholesale prices to neighboring nations or states when they are producing too much of it during windy and sunny periods.

According to a recent study, on the European grid:

- The economic value of wind decreasesabout 40%, at about 30% annual penetration on the grid.

- The economic value of solardecreasesabout 50%, at about 15% annual penetration on the grid.

It doesn't really matter how great an environmentalist you think you are...At the end of the day each one is myopic, choosing to think and see just what he wants to! Witness Al Gore...tooling around in his private jet with all of those emissions...those emissions being the real problem..The narrative about Hydro not being renewable or not being clean..is being spread by those who are making billions off of renewable wind and solar.  And they have co-opted Native Americans and avid fishermen by convincing them that the dams must be removed so that fish can come back to the rivers.  Its a bunch of bunk!

The official position of many European countries that have substantial hydro resources and Canada is that it is a renewable with many, as yet, uncalculated side benefits.  Wonder what Bartovic's position is on a tidal power project?  All she has to do is go to VinalHaven and visit the Tidewater motel and inspect the three 'roman' tub turbines that once powered the machinery which polished large granite columns that now support major buildings in NYC, Boston, etc. Cargo & Kraft adapts a vertical axis turbine to these ancient devices to generate power. First, they lower a cassion in to the penstock; then the turbine axis; then the generator and cap. 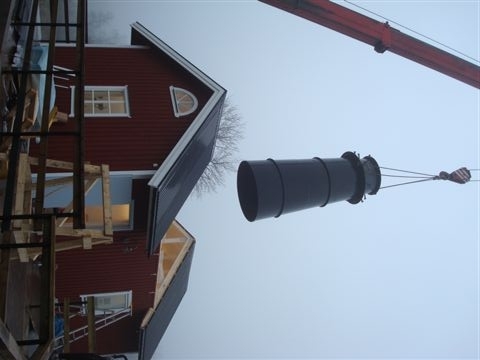 Funny thing is he is right about the transmission line being run from Quebec to Lewiston, but calling hydro power not renewable is lunacy. But further calling for more wind and solar is even worse!!!

NO!!! I think she is waaaaaay off base with these crazy ideas and should be called on it.