EDP Renewables (EDPR), Central Maine Power (CMP) and Emera Maine, a subsidiary of Emera Inc. (TSX:EMA), announced today they have reached agreements that will enable clean energy from a new wind project in northern Maine to reach southern Maine and New England. The agreements advance the first of several transmission projects CMP and Emera Maine are jointly pursuing to address transmission congestion issues affecting the overall development of renewable generation in the region.

See comment below (with map) on Bridal Path route. 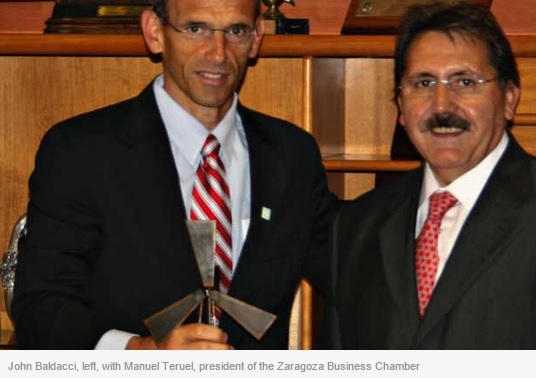 Iberdrola is unable to invest in generation because of the transmission and distribution assets it owns in the state through Central Maine Power; however, Baldacci says legislation being proposed in the state legislature would change the rules for renewable generation".

NOTE: If this link does not link to full article, simply google: "Baldacci also says the state is planning to change local regulations to allow Spanish renewables giant Iberdrola"

Plans to build a major wind project in the western Maine mountains could again test the legal separation between power generators and distribution utilities, a bedrock rule of deregulating the state’s electric industry 15 years ago. The race is on: PUC Commissioner David Littell's term expires in March 2015

A sister company of Central Maine Power Co. is moving ahead with a wind power project that may include as many as 50 turbines near Fletcher Mountain in Somerset County......The companies need regulatory approval for the transaction as a 2000 change in state law required power companies, such as CMP and Bangor Hydro Electric Co. (now Emera Maine), to divest of all power generation......The Maine Public Utilities Commission will hold its first conference on the interconnection proposal from the companies on Jan. 7, 2015. 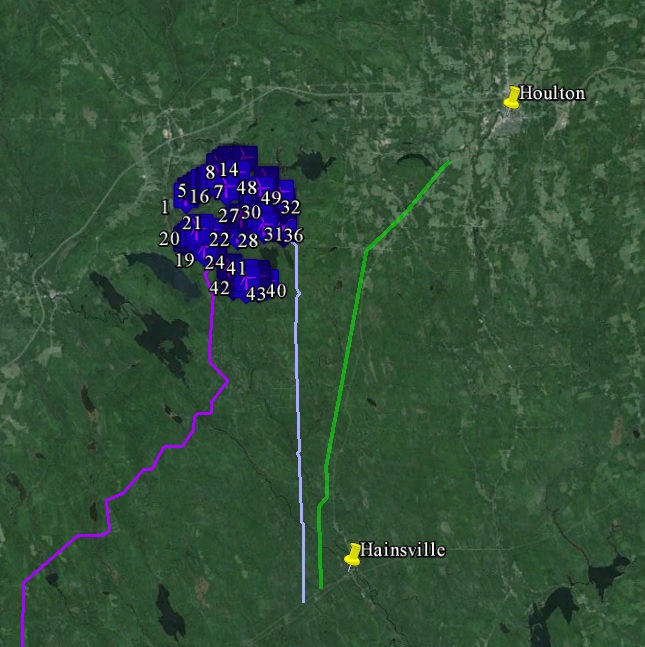 Proximity of the Bridal Path to the Oakfield Proposal. This appears to be an abandoned ROW.

Once they get these ROW's they just never die....... All of this is but a corporate land grab. After the Turbines die off, the land still comes under corporate control. Green is the Bridal Path route.

UAE could be funding terrorist groups and we would never know it. Why welcome them to the USA?

This post reminds me of horror movies where the main character kills the monster and then turns his/her back. Monster rises  up again. Like nothing ever happened. First Wind is the monster. They will go down finally by a group effort , not one hero. The group = Banks. And their affinity for money. The MoU, that was signed today in Abu Dhabi by Ignacio Galلn, Chairman of Iberdrola, and Peter Barker-Homek, CEO of TAQA, is a commitment to explore co-investment and development opportunities in power generation, renewables and upstream assets in the Middle East, North Africa, Europe and North America.

A Joint Development Committee will be created to manage the relationship, consisting of senior representatives of each company.

Established in 2005, TAQA is a diversified international energy group headquartered in Abu Dhabi, the capital of the United Arab Emirates, and listed on the Abu Dhabi Securities Exchange (ADX: TAQA).

Currently TAQA’s shares may only be held by UAE nationals.

The largest shareholder in Iberdrola was, in 2013, Qatar Investment Holding.

Iberdrola S.A. indicates it (Iberdrola) is still Owned by a South African outfit. Which goes with (confirms) some investment information I inquired about 10-20 years back.

Please provide me any knowledge about this project. State file locations on their website and other locational information. I am currently mapping all Wind Projects existing and proposed.               http://www.stopthecorridor.com/Maps.html ..... Thanks.

I believe Iberdrola USA is the owner of Central Maine Power.

I also believe they were involved in Transportation Corridors in Indiana. Though I could be wrong on that, as it has been 2 years since STEWC did some research.