Alan Farago: Legislators ought to try having their home equity, health and quality of life hijacked

Former EUT Committee House Chair Stacey Fitts led an EUT that killed 12 citizen wind bills brought to the committee. His actions led to a "kick the can down the road" study to spend taxpayer money to study wind. However, the study only gathered dust and the next EUT had never even read it. At the time, Fitts worked for Kleinschmidt Associates, a member of the Maine Renewable Energy Association who's website at the time boasted that  “we have been very active in the development of state regulations in Maine where one of Kleinschmidt’s engineers is a member of the Governor’s Ocean Energy Task Force". Fitts was also a member of Governor Baldacci's Wind Power Task Force while working at Kleinschmidt.

Former EUT member Alex Cornell du Houx, an avid supporter of wind power, was the outreach coordinator of the Truman National Security Project. This organization states a deep philosophical belief that climate change is a national security threat. On that subject one of their position papers includes the following statement concerning the threat of climate change to our country’s national security, "Even if you do not have complete information, you still need to take action! Waiting for 100% certainty during a crisis can be disastrous." That sounds awfully like, “Shoot first then ask questions “. A sister organization of the Truman National Security Project is Operation Free, where Mr. Du Houx serves as Campaign Director. Operation Free lists as its first core motivational principal “get America running on clean energy”. In fact, the organization’s logo prominently features industrial wind turbines.

After months of interviewing at First Wind while his PUC greased the skids for the $1.4 billion ratepayer-funded "CMP Upgrade" (aka an outright but disguised-by-lies GIFT to the wind companies), PUC Chair Kurt Adams, took over $1 million in stock options from First Wind a month before he jumped there as their new director of transmission. After citizens requested that the Attorney General investigate, AG Janet Mills concluded "there was no conflict"! This at the same time her sister, Maine CDC director Dora Mills, falsely claimed there were no peer-reviewed studies documenting wind turbine health effects. And remember also that later when Adams, up for a UMS board seat, testified before the Education Committee at his confirmation hearing, he was allowed to deny any conflict between University wind research and his employer First Wind on the basis that First Wind was "terrestrial", completely ignoring the fact it was the same company as Deepwater Wind, which billed itself as the nation's leading offshore wind company. To this day, Adams sits as one of the trustees on the UMS board. Probably like having a wind lobbyist on the board.

The links to the Kurt Adams reporting by the Maine Center for Public Interest Reporting follow:

While there is a LULL in the interest on Greener Energy due to the recent Oil Prices dropping to below 1972 (Gasoline) (not heating oil) price levels, it may be time to regroup and come together as one group to have an affect through our legislature. Such an attempt is being made by invitation, to provide factual scientific proofs. The Door is open.... Now lets see who dares enter.  More info when a meeting time is set. This will be a communication with some that will sit on the EUT this 127th legislative session. If you have professional or educational knowledges on Energy, Utilities or Technologies it is a citizens chance to intervene against the Corporations and correct our laws and funding which go in their favor. If interested contact me at tuttle.nadine.herrick.d@gmail.com my wifes e-mail address, until we can get this off the ground.

Oh...and I don't think energy is on top of most people's thoughts. It is just not that interesting unless you live near a wind farm and have to find out how nasty the wind farm biz and it's subsidiaries in the legislature really are. So, it would be good to somehow personalize...brainstorm?

Alice...I don't think we need to wait for any legislation to come out. The hike in electricity rates without any TV stations / newspapers reporting  is plenty. Plus , the rates are predicted by MPUC to continue to escalate. the reason for the rate hikes, new transmission lines going through lower ME is also good...as it will be a real knock out blow to tourism . Anything that FW and the legislature has tried to keep quiet is of interest. Killing eagles. ..

The fact that children have a higher incidence of lymphoma who live under the transmission lines proves it is not good for anybody. Children and elderly are more at risk for any kind of toxin, whether it be from the environment or pharmaceuticals.

And something that hasn't been of interest is East Millinocket selling their power producing hydro before they started losing so much money they had to go under. This was, i think , prior to Iso New England  colluding with the national grid to put small generators out of business to make way for the wind farms.

I like to read the SEC reports on First Wind through the archives on cohoctonwindwatch. Incriminating stuff sometimes disappears from the internet.

Maybe you are not entertained by the "same old same old", but hearings are not for the amusement of Eco-Fascists like yourself, but for the sworn information of individuals who have lost and stand to lose their rights, particularly the right to a healthful life. 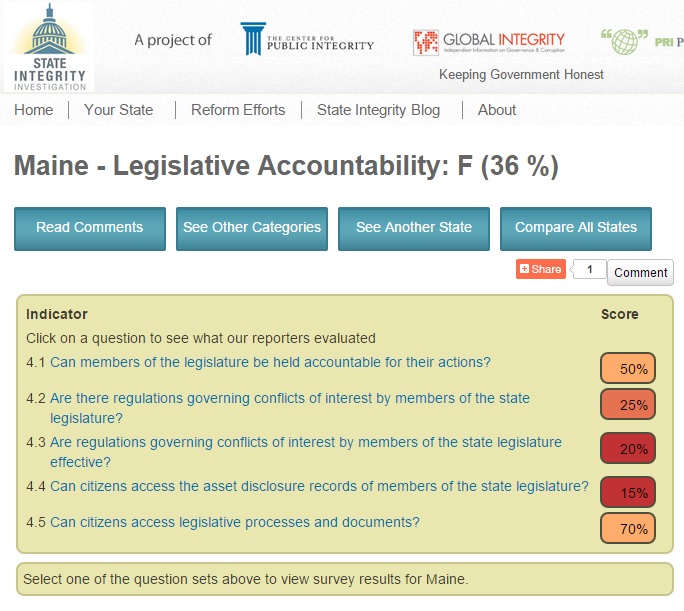 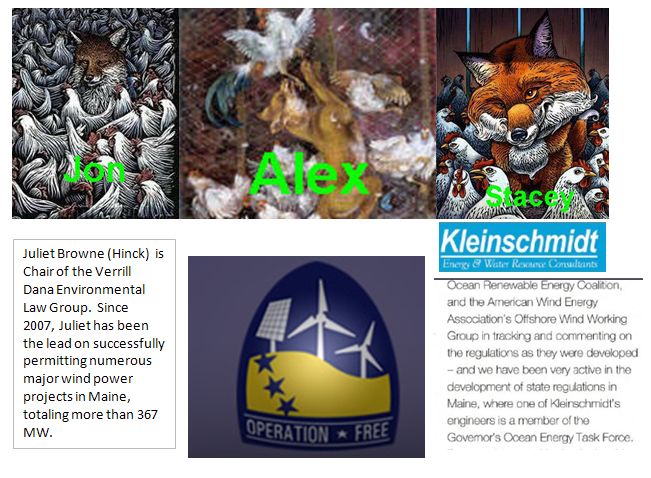 Already, the anti wind farm activists have slowed down the progres of wind farm corporations.

I suggest more reading of SEC reports starting in 2008. Although the SEC is pretty shady themselves, there are a few restrictions. I think they most come out in risk factors.

One thing that continually shows up is public opinion. FW and legislators  are not above that. And that is the reason that ME newspapers and TV stations are bought and paid for . There are other ways of getting the message out. ...lawfully and peacefully.

Time for a rally in front of the state house in Augusta. With hand outs. In language that the average person understands quickly and easily. Short attn. spans for a variety of reasons.

Have a delegated person to talk to the microphones and reporters. Since the TV stations and newspapers do not work for the people of ME, they will not always seek out the more knowledgeable and articulate.