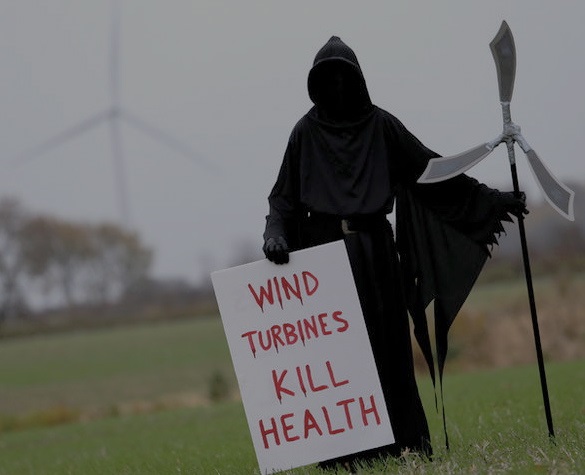 Falmouth, Massachusetts today is considering placing buried onshore wind turbine high voltage cables through residential neighborhoods up to 345,000 volts.
Studies show that HVDE, high voltage dirty electricity could disrupt important electrical processes within the human body. Long-term exposure to this type of electro-pollution has been associated with a wide variety of health problems such as cancer, asthma, sleep disturbances, fatigue, skin rashes, tingling sensations, allergy symptoms, headaches, muscle and joint pain, brain fog, memory loss, depression, and more.
In the United States, there are two types of high-voltage lines referred to as HVAC, high voltage alternating current, and HVDC, high voltage direct current. Alternating current is the type of power in every US household.
Studies were done in the 1970s and 1980s. They studied various children in different locations in the United States and compared multiple risk factors including electric magnetic fields in high voltage alternating current cables.
It was found that an excess of high-voltage alternating electrical current, EMF, was flowing through various locations. Children who lived near these areas had a higher rate of developing cancer than children who lived in other locations farther away.
To date, there are very few high-voltage direct-current (HVDC) transmission systems operating in North America. There are no health studies done for the direct current lines as there is almost none in existence in the United States.
In a 1980 survey of one HVDC power line called the "Minnesota Landowner Health Perceptions Survey" 35% of the respondents said they had suffered adverse health effects that they attributed to the HDVC power line.
An epidemiologic study was not conducted on the residents. This study and investigation could have compared two or more groups of people who are alike except for one factor, the 400,000-volt high voltage direct current power line.
Today there are no epidemiologic studies for HVDC in the United States.
The direct current (HVDC) transmission systems market is expected to grow from 2022 to 2027 with the introduction of offshore wind submarine cables using direct current cables to onshore transmission points where power will be converted to alternating current.
In the 1980s in Boone, North Carolina, and other locations commercial wind turbines caused the noise, shadow flicker, and disruption of the line of sight communications (TV).
Commercial wind companies and state agencies despite the noise issues from the 1980s went forward installing wind turbines near residential neighborhoods starting in 2010 in Falmouth, Massachusetts.
Noise and shadow flickers produced by wind turbines became the two major elements associated with health problems. Residents have stated many different health effects from noise including an increase in psychological distress and physiological stress, the leading health impact is caused by sleep disturbance.
Falmouth, Massachusetts is the site of the worst-sited commercial wind turbines in the United States installed in 2010 and 2012. The courts determined the turbines were a nuisance and will be demolished around August 1, 2022.
The Falmouth, Massachusetts Select Board is now contemplating allowing an offshore wind company to place a buried 345,000 High Voltage Direct Current group of cables through residential locations and place a massive substation.
Déjà vu means expressing the feeling that one has lived through the present situation before.
Insanity is doing the same thing over and over and expecting a different result.