Schumer and Manchin were working on a $1.0 TRILLION BBB bill, of which:

1) $300 BILLION for wind, solar and batteries, which have proven next to useless in Europe, when the wind was blowing less than usual FOR MONTHS on end, in 2021, and

2) $200 BILLION for MEDICARE expansion, a favorite of Bernie, to have something to run on to get votes.

3) $500 BILLION of tax increases on high-income people, mostly Republicans, and on Corporations, to “reduce the federal deficit”

All this would be financed with more printed money, i.e., adding to the CRUSHING $30-plus TRILLION US debt, if the taxes would not be sufficiently increased.

As usual, Schumer just wants to add the RE subsidies and social bennies to the deficit, but Manchin wants to reduce the cost of government programs by $500 BILLION, to minimize tax increases, and to finally start reducing the outrageous annual $TRILLION BUDGET DEFICITS.

The Dem/Prog thieves are about to steal from your wallet again to further aggrandize their control of government.

Are they nuts, considering all else going on?

Don’t they know, government bureaucrat actions inexorably lead to centralized command/control and overreach, all in the name of “doing good”, and “we are here to help you”?

Government overreach needs to be subject to real, not lip-service, checks and balances, as called for in the US Constitution, to avoid governmental tyranny. Those Founding Fathers knew all to well what partially bridled, government power could lead to.

At present, the federal government is commanded and controlled by a large POSSE of outlier, bureaucratic ideologues, the result of a crooked 2020 Election, aided and abetted by a subservient US Media.

Who digs up such POSSE people? What woodwork did they crawl out of?

Such inflation will surely deplete the trust fund of the Social Security System, to name just one effect.

Biden and his inexperienced, naive Secretary of Energy, and Transportation Secretary Buttigieg, brag about high gasoline prices being good for selling EVs, which have waiting list of up to 6 months, and a US average selling price of $57,000!!

Who in hell can afford that?
The monthly payments would very far exceed any fuel cost reductions!!

Prior to this, most Americans did not know such a POSSE of incompetents even existed, because they had near-zero visibility/influence.

Those naive POSSE folks, having no private enterprise business experience, will make any problems far worse.

The net effect will be a U.S. tied in knots of irrational rules and regulations, without checks and balances, and again dependent on various foreign energy sources

I hope SCOTUS steps in soon to stem the tide of federal government overreach.

As U.S. President Ronald Reagan once said, “Government is not the solution to our problems, government IS the problem.”

Schumer does not give a damn about economics, and fiscal sanity, and the U.S. heading for a recession.
He just wants the votes.

Manchin, a key Democrat swing vote in the Senate, has been consistent.

He stymied earlier attempts to pass Joe Biden's "Build Back Better" legislation over concerns about the US federal budget deficit, US national debt, and high inflation.

Manchin signaled unease with the negotiations on Wednesday, July 14, saying the latest inflation figures left him feeling "more cautious than I’ve ever been" about agreeing to a package that could fuel further inflation increases.

Manchin's demands leave the measure's future unclear, certainly upending the hopes of Biden and Democrat leaders for the 1.0 TRILLION “package” they were aiming to push through Congress by August, ahead of the mid-term elections.

That would have let them show Democrat voters, they were addressing a range of party priorities, like

1) Curbing climate change, which is impossible with China and India burning record amounts of coal, and planning to burn more, and “zero-carbon” Europe “temporarily” increasing its coal burning, because it stupidly:

- Closed down its properly functioning nuclear plants, and

- Supported NATO moving personnel and weapons from East Germany to the Russian borders, which led to not having gas flow via Nordstream2, and Nordstream1 operating at 40%, because Canada refused to return a Siemens gas turbine to Russia.

2) Taxing the rich and Corporations, a favorite hobby of anti-business-oriented Dem/Progs, and

3) Draw an ideological contrast with Republicans, who are expected to unanimously oppose the legislation, because they would again get to pay for more of the Dem/Prog follies.

Manchin spokesperson Sam Runyon issued a statement that reiterated the senator’s assertions that he did not want any measure that would worsen the consumer cost of living.

The government reported this week that inflation in June 2022 reached an annual level of 9.1%, the highest figure in four decades.

"Senator Manchin believes it's time for leaders to put self-serving, political agendas aside, re-evaluate and re-adjust to the economic realities the country faces, to avoid taking steps that add fuel to the inflation fire," Runyon said.

The senator told Democrat leaders he was open to two measures:

A representative for Schumer did not immediately respond to a request for comment from Reuters.

“BUILD BACK BETTER” WOULD COST $4.490 TRILLION OVER THE NEXT DECADE, IF PROVISIONS WERE MADE TO LAST 10 YEARS

I-95 ICE STORM OVERNIGHT TRAFFIC JAM; IMAGINE YOU WERE STUCK IN AN EV

AS GERMANY’s GREEN DREAM BECOMES A NIGHTMARE, ASIA AND RUSSIA POWER AHEAD WITH NUCLEAR POWER

A prior SCOTUS had created the right, whereas no such right existed.

The Roe vs Wade decision by a prior SCOTUS did NOT enshrine THE RIGHT TO AN ABORTION in the US Constitution.

The reason it was overturned by a subsequent SCOTUS

Remember SCOTUS Justices are very skilled lawyers. They can essentially make a decision on a whim and justify it later.

Please read the Dobbs full opinion. You can find a link at the Washington Post, or search for yourself. It is very detailed and covers the entire history of abortion in the USA and in common law. Also read the dissenting options and note which opinions have the strongest constitutional and legal arguments.

Kavanaugh addressed the very point of why the decision of Roe v. Wade was wrong and why there was no protection for abortion in the US Constitution.

R v W was legislating was from the bench.

If a legal matter doesn’t appear in the US Constitution, then, in accordance with the 10th Amendment, it is a matter for the States LEGISLATURES to decide.

The whole point of a Federal system in a Republic.

The original judges decided the “right to privacy” protected a person’s right to choose to have an abortion.
That is one of the errors of a prior SCOTUS

The “right to privacy” was never discussed by framers of the US Constitution, as relating to abortion.

It was discussed relating to “unlawful search and seizure” by an overreaching, tyrannical government, as practiced by the FBI, an often out-of-control handmaiden of the US Department of Injustice

Rights in the US, per the Declaration, are deemed to be inalienable and to arise, not from government, but from a higher power (e.g., God, our Humanity, the Force, etc.).

The US Constitution states:

1) The inalienable personal rights, the people of ALL US SOVEREIGN States hold in common, and

2) The States ceding limited and enumerated right and powers to the Federal government, with the balance of rights and powers remaining with the States and the People themselves.

BTW, if an FBI or IRS agent ever appears on your doorstep with a valid warrant, try telling him/her that you have a US Constitutional right to privacy.

I’m pro-abortion, but the incorrect SCOTUS decision in Roe v Wade opened a whole can of worms.

Almost anything could be justified by clever lawyers under the right to privacy.

The right way to do it is to pass laws, state-by-state, to regulate abortion.

Vermont, one of the most Socialist states in the US, allows abortion as late as the DAY BEFORE DELIVERY.

That means the doctor has to chemically kill the unborn, then deliver it the normal way, or be means of C-section.
If the baby were still alive and then killed, i.e., infanticide, messy legal issues would result.

Time for a make-over, America. Bring on the heat. 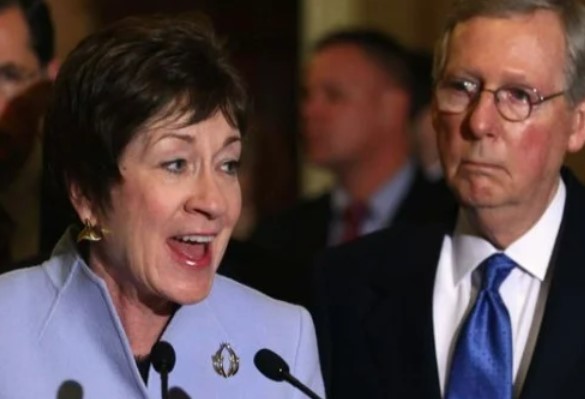