Back in September 2017, Johnston Mayor Joseph Polisena said the turbines would all be built on private industrial sites and wouldn’t be close to any residences.

“It’s in an unobtrusive area where you’re not going to have homes around it that people are going to have issues with basically a lot of it is farmland area old farms,” Polisena said.

But more than one year later, Cranston residents say this is not a reality. 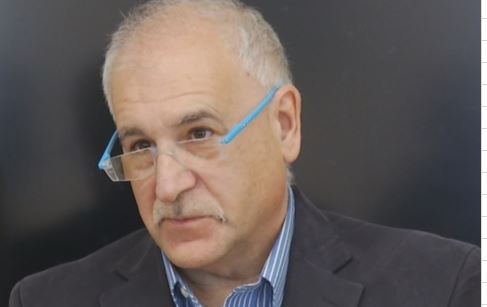 Mayor Joseph Polisena: "The wind turbines won't be near any residences"

At the meeting, a Cranston administrator said the city was never officially notified about the project.

But a lawyer for the City argued that it is a Johnston issue and believes it’s next to impossible to win in court if legal action is taken.

“We’ve seen other cities and other states fight and they have won,” Petrone told NBC 10 News. “We want to be an example and show them they have to take our situation into consideration.”

While reducing the state’s carbon footprint is a noble goal, the heavily taxpayer-subsidized wind projects have yet to prove themselves reliable and effective in the marketplace and come with a host of unanswered questions about the costs and long-term environmental outcome.....................

A group of seven wind turbines in Johnston was just turned on in January, yet they’re already causing some blowback from neighbors across the city line in Cranston.

“It’s a little unnerving that all of a sudden, 519-foot structures can end up right near your home, and no one knows anything,” said Renee Petrone, who lives in the Alpine Estates neighborhood of Cranston and can clearly see the turbines from her home.

“If it’s going to affect our families and our health, it’s our business to understand and know what to expect,” said Kerri Carreiro, another Cranston neighbor.

Petrone, Carreiro and other neighbors who spoke with the NBC 10 I-Team said they’re concerned about possible health impacts from the turbines, especially a group of symptoms known as Wind Turbine Syndrome. They point to turbines in Falmouth, which were turned off in 2017 after more than seven years of lawsuits from neighbors who complained of health problems.

“You hear these issues coming from one turbine. We’ve got seven, and ours are the biggest ones around,” said Jessica Simpson, who also lives in Alpine Estates.

But the company behind the project said there’s no reason for concern.

Fischer point to a 2012 Massachusetts state study that found no conclusive link between physical or mental health symptoms and wind turbines.

Legally, Green Development didn’t have to notify Cranston neighbors, because the turbines are located on leased industrial land in Johnson. The company secured all local, state and federal approvals before constructing the wind farm, Fischer said.

“I would say they have no standing in this,” Fischer said of the neighbors’ concerns. “We’re not in Cranston’s backyard. We’re in Johnston.”