With 1200 to 2000 MW planned, Number Nine Wind “Farm” will be bigger than Baxter State “Park” and far and away bigger than any “farm” in New England. Number Nine was huge when first proposed many years ago, but it has since...

...acquired the rights that First Wind had at the King Pine and Horse Mountain project proposals, which are planned for just north of Baxter.

All of these proposed projects have been held in abeyance because there has been a transmission gap between Aroostook County and the New England grid.

That gap is about to be filled.

One of the speakers at the Chamber event, Number Nine's Craig Nale, worked https://www.linkedin.com/in/craig-nale-205840128/ at the right hand of Senate President Troy Jackson until shortly before Jackson in 2021 sponsored the Northern Maine Renewable Energy Development Program.
Jackson's bill, LD 1710, was printed on a Friday afternoon (May 14). The legislative leaders quietly waived the 2-week public notice requirement and the bill had a hasty 9:30 am public hearing less than two business days later (Tuesday May 18). And then the Utilities Committee voted it in just one brief work session (June 4). It took legislative staff a mere 12 days to produce the committee’s bill report, and it immediately leapfrogged hundreds of bills that had been awaiting votes, and it passed the House and Senate unanimously, without a recorded roll call vote, on June 16 & 17.
One legislator (Rep. Nate Wadsworth) did vote against it in committee, but it was such a slam dunk, Wadsworth didn’t even debate it when it got to the House Floor, and it passed with the bang of a gavel (under the hammer). It was signed into law 12 days later by the governor.
(Sounds eerily similar to the heinous process that got us the Expedited Wind Act more than a decade earlier, huh?)
As of May, the PUC has received all the bids for a huge transmission line(s) and thousands of MW of renewable generation. PUC Commissioners are deliberating now, and awards will be made by year end.
None of the “interested parties” whose hair was on fire about the Hydro Quebec / NECEC transmission line have ever uttered a peep about this boondoggle, which could sully the vistas in Baxter, which could extend west across the Allagash, St. John and Deboullie wilderness regions, and which will have an environmental impact exponentially higher than the little but mighty power line that NECEC proposed. Not to mention the high quality of dispatchable hydro power vs. stochastic wind/solar.

ELECTION FRAUD
Gregg Phillips - How Do You Catch A Criminal? Build The Pattern Of Life, Map The Cheaters
https://rumble.com/v19uoj4-gregg-phillips-how-do-you-catch-a-crimin...

Already, 90% of all S&P 500 firms are owned by a mere three investment firms: BlackRock, Vanguard and State Street. This includes drug companies and the centralized legacy media, which I reviewed in “The Same Shady People Own Big Pharma and the Media.”

Time Warner, Comcast, Disney and News Corp — four of the six media companies that control more than 90% of the U.S. media landscape — are owned by BlackRock and Vanguard. Needless to say, if you have control of this many news outlets, you can control entire nations by way of carefully orchestrated and organized centralized propaganda disguised as journalism.

The assets of BlackRock alone are valued at $10 trillion. Making this circle of power even smaller, Vanguard is the largest shareholder of BlackRock. And who owns Vanguard? Due to its legal structure, ownership is difficult to discern. It’s owned by its various funds, which in turn are owned by the shareholders. Aside from these shareholders, it has no outside investors and is not publicly traded.

That said, many of the oldest, richest families in the world can be linked to Vanguard funds, including the Rothschilds, the Orsini family, the Bush family, the British Royal family, the du Pont family, and the Morgans, Vanderbilts and Rockefellers.

Considering BlackRock in 2018 announced that it has “social expectations” from the companies it invests in, its potential role as a central hub in The Great Reset and the “build back better” plan cannot be overlooked.

Add to this information showing it “undermines competition through owning shares in competing companies” and “blurs boundaries between private capital and government affairs by working closely with regulators, and one would be hard-pressed to not see how BlackRock/Vanguard and their globalist owners might be able to facilitate The Great Reset and the so-called “green” revolution, both of which are part of the same wealth-theft scheme.

When the average Joe and Jane moved their money from passbook accounts to mutual funds like Vanguard and BlackRock (iShares), they unwittingly transferred unprecedented power to these companies, who would use the serfs' collective wealth against them.

While a company like BlackRock professes to be green, their true goal is money, whatever the cost.

EDP is owned in part by BlackRock, 9.37% to be exact. BlackRock is one of the big actors trying to pull off the "great reset" and "green new deal". These will make BlackRock wealthier and the average person poor. They are inextricably involved with China and will almost certainly be aligned with fellow owner of EDP, the Communist Chinese Party.

The Biden administration’s pick to advise the State Department on “strategic competition” with Beijing chairs an investment think tank that urged Americans to triple their investments in China.

Devils River Conservancy is the outfit that successfully fought the Chinese wind project in Texas:

Take a look at the difference between Texas and Maine with respect to granting the Chinese access to the electric grid:

Property owners and conservationists were the first to raise alarm about the wind farm, saying construction might harm the pristine Devil's River. The also worry allowing a foreign company to connect to the Texas power grid would make it vulnerable.

“There are foreign actors, as we've seen recently with the gas pipeline hack, that have ill intent for our country and our critical infrastructure," said Julie Lewey with the Devil’s River Conservancy.

Those concerns were amplified by China-watchers like Kyle Bass, who recently took a picture of an air strip on Sun's ranch. Bass alleges Sun Guangxin is a former general with ties to the communist party, and his company should not be allowed access to the power grid.

“When you're able to plug directly in you're able to map it, you're also able to upload malware, you can do all kinds of horrible things to our grid," Bass said.
https://news4sanantonio.com/news/trouble-shooters/legislature-passe...

So, it's not OK when fellow NATO partners operate companies in Maine, who also have many shareholders in Maine, BUT when the company has a majority shareholder who is the CCP, not a peep from the critics.

Who knows what kind of maneuvering has happened behind the scenes? They likely control what EDP does. 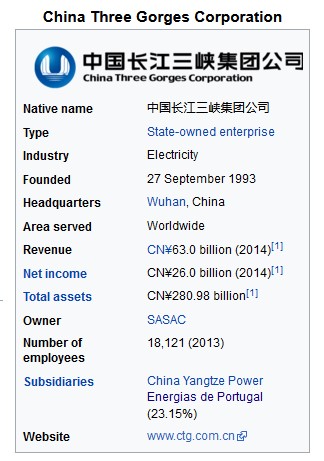 EDP’s general shareholders meeting scheduled for 16 April will decide on a reduction from 21 to 16 members of the General and Supervisory Board (CGS) of EDP, and according to the Portuguese press, the seats to be extinguished were all occupied by Portuguese executives.

EDP’s CGS permanently ensures the monitoring and supervision of the administration’s activity analyzing the strategic vision and decisions of the electrical company.