ISO-NE: Significant dispatchable resources are a must in a decarbonized grid

ISO New England worked with the New England states and regional stakeholders to develop assumptions and scenarios that looked at varying levels of decarbonization. Much of the study focuses on a deep decarbonization scenario derived from the Massachusetts 2050 Deep Decarbonization Roadmap Study, which imagines heavy renewable penetration and high electrification loads.

Energy adequacy is a challenge under the studied scenarios.

The need for resource and demand flexibility increases under the studied scenarios.

A changing resource mix poses new challenges to the grid.

Dispatchable units are crucial to the future grid

A modified version of the scenario that considers deep decarbonization — which models a future grid most closely described by current state policies related to future emissions — examined how reliability criteria could be met through a balanced mix of increased wind, solar, and energy storage. This scenario (Scenario 3_P7 in the chart below) would require such a large amount of wind and solar that it may present significant challenges to the transmission system and require an outsized amount of land or offshore areas to be sited and developed for the necessary wind and solar farms.

However, as shown below, the substitution of 3,000 MW of dispatchable units (which could include a variety of potentially emission-free technologies) would reduce the necessary new units of wind, solar, and storage by 19% (17,000 MW), illustrating the importance of dispatchable resources to the future grid. This substitution is represented in the chart below as “Scenario 3_P7 with DEFRs” (dispatchable emissions-free resources). 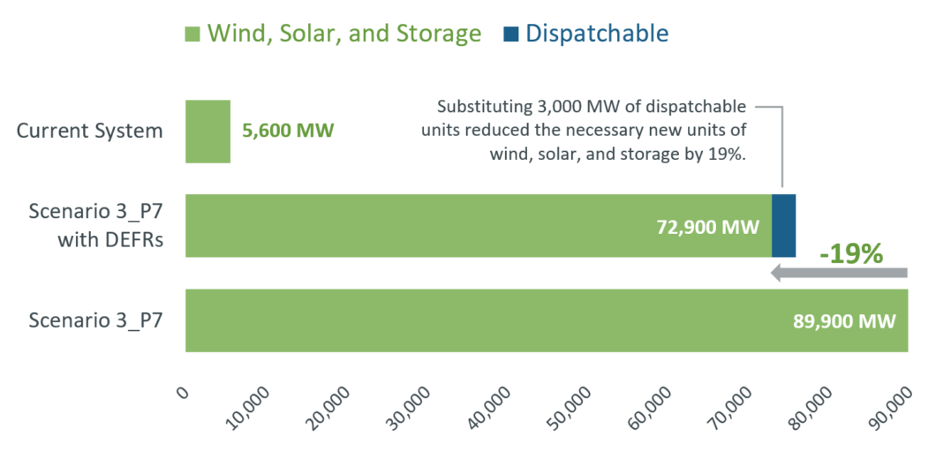 The substitution of 3,000 MW of dispatchable units (which could include a variety of potentially emission-free technologies) would reduce the necessary new units of wind, solar, and storage by 19% (17,000 MW).

ISO-NE doesn't post the individual supply bids from individual generators and imports.  All we see is the last bid offer that coincides with the energy needed at the moment.

If they would disclose the individual offers, we could see the manipulation that is allowed to happen within the wholesale market.

The complicated system devised by ISO-NE invites sophisticated techniques employed freely by market participants, all of it kept secret and condoned.

A new system must be considered before the collapse occurs, killing innocent people.

I truly fear for the future, if this is as high an IQ our "energy experts" can muster.  How about reducing wind and solar and battery storage to zero?  No mention of nuclear, the dirty word nobody wants to utter, because it's so politically incorrect.

Nothing cheap about green except the cheap empty suits making energy policies.