California Gov. Gavin Newsom said Monday that the state had to “sober up” about the fact that renewable energy sources had failed to provide enough power for the state at peak demand, and needed “backup” and “insurance” from other sources.

Newsom addressed journalists and the public in the midst of ongoing electricity blackouts that began on Friday, as hundreds of thousands of Pacific Gas & Electric (PG&E) customers in northern and central California lost power.

There is currently high demand for electricity across the state, as the entire West Coast has been hit by a heat wave and record-breaking temperatures.

One reason the state lacked power, officials admitted, was its over-reliance on “renewables” — i.e. wind and solar power.

There was not enough wind to keep turbines going, Newsom said, and cloud cover and nightfall restricted solar power.

“While we’ve had some peak gust winds,” he explained, “wind gust events across the state have been relatively mild.”

That was good for fighting fires, he said, but bad for the “renewable portfolio” in the state’s energy infrastructure. In addition, high demand for electricity in the evening hours, coupled with less input from solar plants, created strain.

“This next few days, we are anticipating being challenged,” Newsom said, as the heat wave was predicted to last through Wednesday.

“We failed to predict and plan these shortages,” Newsom admitted boldly, “and that’s simply unacceptable.” He said he took responsibility for the crisis, and for addressing it immediately, so that “we never come back into this position again.”

Blackouts in the failing state of Democrat-run California have forced Governor Gavin Newsom to admit green every is falling short.

“Newsom says the transition away from fossil fuels has left California with a gap in the reliability of its energy system. He says the state must examine its reliance on solar power and how that fits into its broader energy portfolio,” reports the San Francisco Chronicle’s Alexei Koseff.

“Today we are anticipating substantially greater need for energy,” Newsom said at a Monday press conference. Per Koseff, he added that this greater need is “about 4,400 megawatts short of what the state needs. That’s a ten times greater shortfall than Saturday. ”

“We failed to predict and plan these shortages and that’s simply unacceptable,” Newsom somehow said without bursting into flames.

Give me a break.

No one  “failed to predict” anything.

The writing has been on the wall since 2001 when the state was hit with a series of massive blackouts and soaring electricity prices. The result was the successful recall of then-Democrat Governor Gray Davis in late 2003. He was replaced by the equally incompetent Republican Arnold Schwarzenegger.

Over the weekend, the former-Golden State was hit with its second day of rolling blackouts. As my colleague Joel Pollak reported at the time, “the state’s power grid struggled to deal with a heat wave that caused a surge in consumer demand.”

While there’s nothing funny about people losing power during a heat wave, it is still hard not to laugh at a state that is so scientifically backwards. The luddites were thwarted by a lack of wind and clouds.

Officials blamed the “unexpected loss of a 470-megawatt power plant Saturday evening, as well as the loss of nearly 1,000 megawatts of wind power,” the San Jose Mercury News reported. In addition, cloud cover over the desert meant solar energy was in short supply.

What are we, savages?

What is this, the third world?

No one has to live like this in the 21st century.

All you need to do is build more power and nuclear plants and the problem is solved.

Yes, it really is that easy.

Oh, but California is closing down its nuclear power plants, and “the sudden shutdown of two conventional power plants” contributed to Friday and Saturday’s blackouts  — one was shut down for service (in August!), the other shut down unexpectedly.

And let’s not forget that in 2018 the Democrat-dominated state legislature passed a bill demanding the state have  “100% climate-friendly electricity by 2045.” This means no emissions.

Well-written piece about the unintended consequences of ideological policymaking: if CO2 is the problem, nuclear has to be a big part of the solution, and the clean energy advocates largely ignore it. 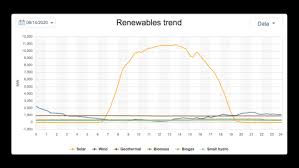 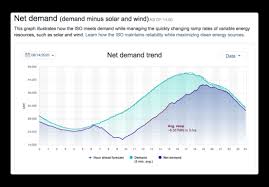 Is he serious? "We failed to predict and plan these shortages"? I would wager that he had millions of people predicting these shortages. Boy oh boy - if they are short now, they are really going to burn as global warming cranks up the thermometer.

You know, that mega quake disaster where Cali slides off the Pacific edge of the continent is looking better all the time. Fear not -  mother nature has a way with course corrections.