The company building multiple massive solar arrays throughout the state has received environmental approval for its project in Fairfield.

NextEra Energy CEO Jim Robo said the economics for offshore wind projects are bad for customers during an earnings call Monday. He said the company has not ventured into those projects because of the expensive costs and lengthy timeline, concluding that ultimately it is "terrible energy policy."…

Again, the newspaper shills for wind development, ignoring common sense and the people of Maine.

But that’s what will be happening when the PUC reconsiders a power purchase agreement it signed in 2013 with Maine Aqua Ventus, a public-private partnership involving the…

The Colosseum on the Kennebec is still buzzing following an Energy Committee hearing late last week.

The controversy surrounds, one piece of unconstitutional legislation, a committee chair on a power trip and a GOP Gubernatorial Candidate missing in action.

In listing Baldacci's supposed accomplishments, David Farmer somehow omits Baldacci's expedited wind law which is one of the most transformative pieces of land use legislation ever enacted in the state's history.

He said if a landowner chooses to have an industrial wind turbine on their property, and “you start to encounter any type of . . . health problems, due noise or vibration or suddenly your well goes bad, because of pile driving or so on, the non-disclosure agreement says to people, you can't complain to anybody other than you take it back to the wind turbine company.”

Why some rural communities are fighting back against wind development

Wind turbines delivering next to nothing to grid despite hysteria

NRCM: "Hydropower would be a shell game"

Will a transmission line run through the wilds of Maine?
By David Abel, Globe Staff
April 23, 2018

Where are the articles in the Boston press talking about the destruction of Maine's natural world by wind power? Why do the so called Maine environmental groups embrace wind power, ignoring the damage it is bringing to Maine?…

U.S. Environmental Groups - Who is really paying them to push renewables and fight natural gas

800 Words of Renewables Propaganda - How Often Does the PPH Give Us 800 Words?

Natural gas is piped in from faraway states, and our money runs right back out the same way.........There are viable alternatives today. Electricity from wind and solar is already cheaper than coal and oil.................

Paul Potvin, M.D., is a resident of Hampden and a member of the Public Health Committee of the Maine Medical Association.…

With all the attention being paid to Russian “collusion” these days, it is remarkable that there has been so much focus on Facebook ads while far more serious meddling by Vladimir Putin goes mostly unremarked. In particular, Russia’s subsidizing of U.S. environmental groups, specifically those who oppose development of U.S. energy resources by blocking fracking and…

Candidate Cote would appear to love all things wind. "Adam Cote knows Maine can be a leader in clean energy:".
Cote's specific energy plan post is at the following link on his Facebook page.…
Continue

Maine # 1 in the U.S. in CAMPGROUNDS & RV Parks Per Capita - Why Befoul the State with Industrial Wind? 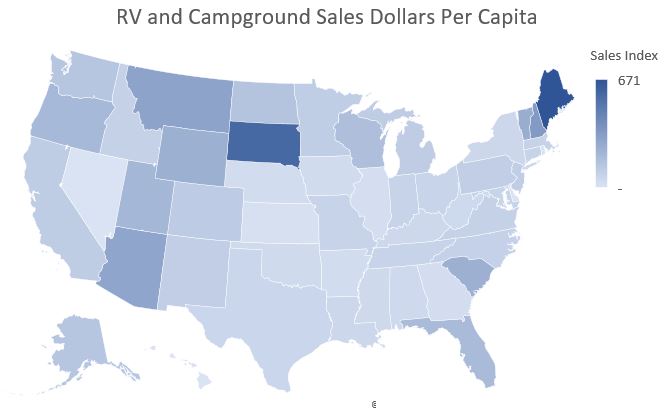 Using the latest available U.S. Census data pertaining to the NAICS category "RV Parks and Campgrounds", on a per capita basis, Maine ranks # 1 in the nation in terms of establishments, sales and payrolls.

Description of this NAICS category:

The 62-page document to be released today by the Office of Strategic Initiatives raises questions about the state’s renewable portfolio standards, which require utilities to purchase a certain amount of energy from renewable sources at above-market prices............While the 2014 strategy called on lawmakers to “strengthen and stabilize” the Renewable Portfolio Standards, the new policy calls them into question..................Gov. Chris Sununu said the new plan sets the stage for… Using the latest available U.S. Fish & Wildlife Service data on fishing licenses by state, on a per capita basis, Maine ranks # 7 in the nation in terms of revenues from non-resident fishing licenses. I was not able to determine if these fees are based on freshwater only or if they also include saltwater fishing fees. In…

High energy costs are a challenge for Maine residents and businesses. We can tell you from our daily interactions with colleagues that there is increased frustration with electric utilities on issues ranging from storm response costs to … 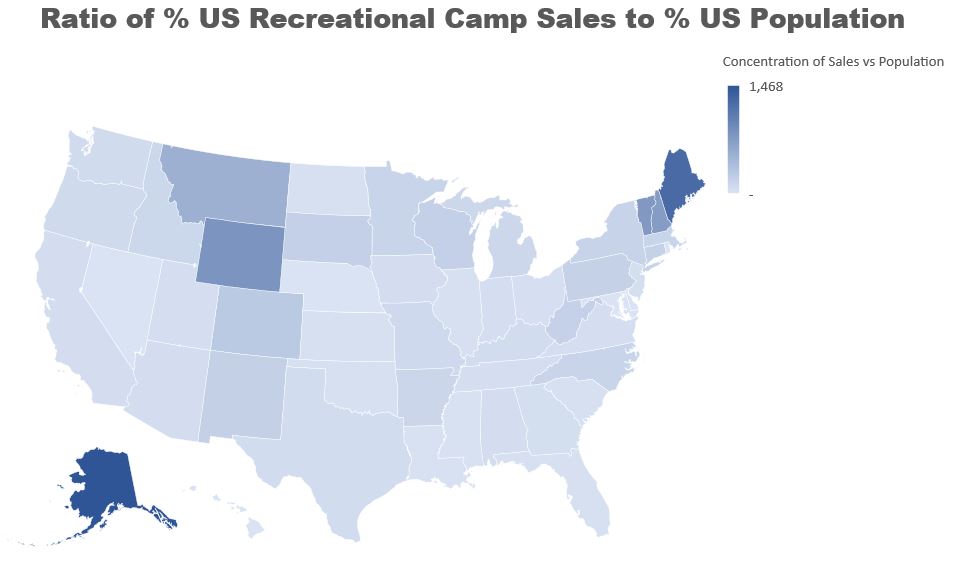 Using the latest available U.S. Census data pertaining to the NAICS category "Recreational Camps", on a per capita basis, Maine ranks # 2 in the nation in terms of sales and # 1 in terms of payrolls.Description

Description of this NAICS category:
"This U.S. industry…

Zinke told attendees at the April wind power conference that BOEM was opening an additional 2,711 square miles for potential wind farm development, more than 20 times larger than the Empire Wind lease area in the New York Bight, a broad expanse of ocean south of Long Island and east of New Jersey. It seemed to be everything NYSERDA asked for and more. The decision opens the possibi

Brian Redmond, a current Deepwater board member, was a managing director at Enron and received what a…

WHICH ENERGY SOURCES ARE ACTUALLY SUSTAINABLE

Wind and solar energy are basically an expensive joke.

During the harsh storm of December 27, 2017, to January 8, 2018, called the Bomb Cyclone, the PJM Interconnection almost failed. John Constable of the Global Warming Policy Foundation discusses an important study of this near failure, and the near failure of other ISOs in the Northeast and Midwest. Failure was prevented by coal-fired power plants increasing electrical generation by 63%, natural gas plants by 20%,…