The Alliance for Wise Energy Decisions (AWED) is an informal coalition of individuals and organizations interested in improving national, state, and local energy and environmental policies.

The bill would also significantly expand – from eight miles to 40 miles – the area around turbines that could be subject to visual impact studies. That could raise the regulatory hurdle for projects that are still within expedited permitting areas.…

Look at the bids that came in for the various wind projects responding to the Mass RFP. Many were so heavily redacted that they provided almost no information as to where great swaths of Maine would be grossly transformed. Many pages were 100% black. Look at the Maine media's refusal to serve their readership with the information that former governor Baldacci, the creator of Maine's sweeping wind law, joined the board of the nation's second largest wind company - Avangrid (CMP). Or that he…

Declared gubernatorial candidate Adam Cote discusses his energy "policy" in the Portland Press Herald this morning. In his piece he talks about how the new wind study commission "threatens to hurt a lot of good people across our state and cost us thousands of good-paying jobs".

Regardless of whether one supports Governor LePage or not, he's absolutely on the right side of this issue and Mr.…

Gov. Paul LePage imposed a moratorium on new wind energy permits in much of Maine on Wednesday while establishing a commission that will meet behind closed door to study the economic impacts of wind turbines on the state’s tourism industry......The governor is also expected to unveil legislation in the coming days aimed at changing Maine’s controversial expedited permitting system for wind energy projects throughout rural Maine.…

Hopefully other areas will come under this beginning with Katahdin.

WHEREAS, Tourism is a major industry in the State of Maine, attracting over 35 million visitors in 2016 who spent nearly $6 billion; and

WHEREAS, the scenic vistas and pristine waters of Western Maine, our coast and coastal islands, and our significant avian migratory pathways (the…

BOSTON — Massachusetts has given preliminary approval to Eversource’s Northern Pass proposal to deliver hydropower to the state from Quebec.......State officials said the next step will be to negotiate a final contract with Northern Pass before the project is given final approval by utility regulators.…

Wind power has been growing rapidly in Maine, but that will likely halt with the governor's new executive order. It not only puts a moratorium on wind power development, it creates a commission to review past and future wind projects in the state.…

When I first tried to listen to this, nothing happened. Then I clicked on a grayish icon in the upper left and it asked me to "Allow Flash". Then it worked.…

PPH - Maine to Mass: We're Not Your Wind Plantation

Maine people are preparing for battle, as historic decisions are being made this month in Boston. The Massachusetts Clean Energy RFP, a competitive solicitation for renewable power, has attracted proposals to develop industrial-scale wind energy that could more than triple the installed wind projects now in Maine.......

In a full-page ad in the Boston Globe on Sunday, the Conservation Law Foundation told Massachusetts Gov. Charlie Baker that the proposed Northern Pass project should be disqualified from the Mass. Clean Energy RFP aimed at reducing carbon emissions because it lied in its bid.

The open letter to Baker said the proposed 192-mile high-voltage transmission line that would cut through New Hampshire from Pittsburg to Deerfield is unacceptable for its environmental impacts alone.

Turbine snaps in half 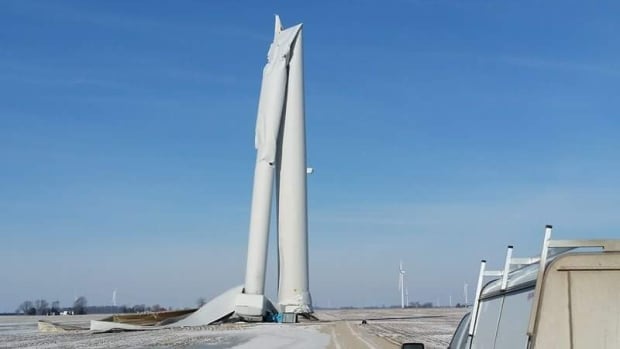 A collapsed wind turbine in Chatham-Kent is renewing calls for wind projects to be stopped. (Monte McNaughton/Twitter)…

Plans to bring the cable ashore in Port Clyde, a village in the town of St. George, met backlash from residents and fishermen who worried the project would harm their way of life. Last month, the St. George Selectboard voted to formally oppose the project.................

Maine Aqua Ventus has identified 11 other possible routes, and the top two options are being evaluated, Ward said. However, details of those top routes are not yet ready to be disclosed, he…

New Englanders Have Only Themselves to Blame for Energy Price Spikes

In large measure, you can thank Maine's so called environmental groups and their comrades in Mother Massachusetts for your high electricity prices. These  wind pushing and wind-industry protecting elites invariably claim the high moral ground, yet via high electricity costs they are doing terrible harm to the poorest folks in Maine, to say nothing of the middle class. 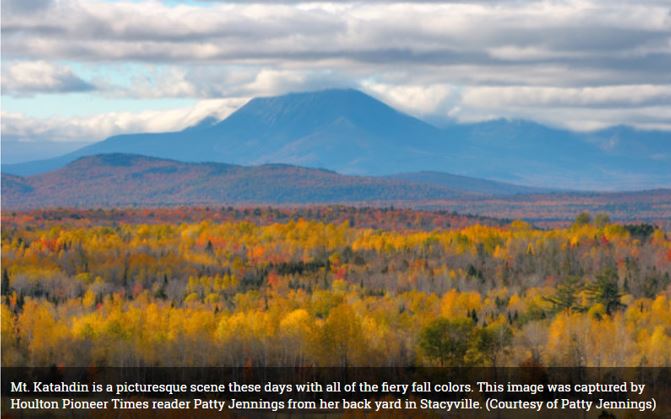 Note from CTFWP: Let's hope they take a strong, strong stand against any wind anywhere near Katahdin. The area is…

Poor families spend multiple times more of their hard-earned income on heat and electricity than their more affluent neighbors.....Efforts by environmental groups have blocked expansion at every turn. They reject cleaner-burning natural gas in favor of burning high-emission oil in our power plants......

The full letter is here:…

Realtors, auditor, study and court ruling weigh in on turbines and property values

Georgie Murray, co-owner of Galloway Murray, a Logansport-based real estate agency, said she doesn’t think whether it’d be difficult to sell a property near a wind turbine “is a moot question.”
“Would I want one next to me?” she asked herself. “No. I…
Continue

Mass. turned to oil and coal during the cold snap. Here’s what went wrong

Efforts by some environmental activists to block natural gas infrastructure, mainly pipelines, have had the opposite of their intended effect. The goal was to prevent more greenhouse gas emissions, but the constraints on natural gas have forced electricity generators to turn to high-emission coal and oil instead. Gas is a fossil fuel, but it releases less carbon than coal and oil. The region would have produced less pollution this month, not more, if it had better gas…

Maine Wind: The BDN accuses Maine of Dishonesty if PUC Looks Out for Ratepayers

Dishonesty? No sorry that doesn't fly, not when the entire expedited wind law, a bill written by and for the wind industry was dishonestly sold to Mainers as a panacea. Not when former Maine senate president Justin Alfond was caught exchanging 171 pages of emails with the wind industry. Not when the Maine Power Reliability Program (MPRP)…

Something seems to be afoot in Roxbury, ME with a company named RoxWind, LLC associated with attorney  John Richardson of Moncure & Barnicle in Topsham and a gubernatorial candidate in 2010, commissioner of the Maine Department of Economic and Community Development under Governor John Baldacci between 2007-2009, and a Maine legislator for Brunswick…