AUGUSTA, Maine — It didn’t go far enough for Gov. Paul LePage, but Maine utility regulators rankled advocates on Tuesday when they rolled back a policy allowing homeowners with solar panels to be credited for excess power sold to the grid.

The move was opposed by pro-solar groups, and it’s likely to be followed by another bid in the Maine Legislature to liberalize solar policy........Dylan Voorhees, clean energy director for the Natural Resources Council of Maine, called the…

On land, 97 percent of that wind power is proposed for Maine, which still requires significant power line improvements to get electricity from wind-rich areas to population centers. The same goes for getting Canadian hydropower into the New England system.

“Connecting wind farms in northern New England or bringing hydro energy from Canada will require extensive transmission expansion, which will be costly and take years to build,” van Welie said.

We are group of over 1000 shareholders both U.S and International. We are seeking justice. We are actively searching for media’s help to get our voices heard. SunEdison is the new Enron!.........SunEdison executives…

The turbine is reportedly built by the same turbine manufacturer which built the UMPI wind turbine in 2009. It is also believed to be similar in size. In the past, the Newburyport turbine provided live data and history going back two years at the following web page:
…
Continue

The investors will be rewarded by the federal treasury with a check for an estimated $100 million.......But, who will ultimately pay for this roughly $400 million project?

Environment Massachusetts says the bill is designed to complement and strengthen the Global Warming Solutions Act, legislation passed in 2008 that requires the state to reduce its carbon emissions by at least 80% below 1990 levels by 2050.......Last year, Gov. Charlie Baker signed into law H.4568, An Act Relative to Energy Diversity, which requires Massachusetts to generate a whopping 1.6 GW of electricity from offshore wind over the next 10 years. In addition, the bill requires utilities to… 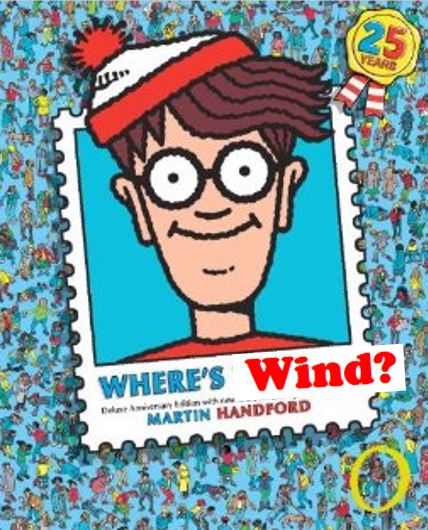 Angus -be sure to show him the data on UMPI's wind turbine that the University has been covering up for just under eight years now. And show him everything you can about your very own Record Hill wind project and all the nonsense surrounding it. Or should the people of Maine bring all of that to the attention of the new administration?

By John Droz, Jr. -- January 16, 2017
The Alliance for Wise Energy Decisions (AWED) is an informal coalition of individuals and organizations interested in improving national, state, and local energy and environmental policies. Our premise is that technical matters like these should be addressed by using Real Science (please consult WiseEnergy.org for more information).

A key element of AWED’s efforts is public education. Towards that end, every three weeks we put together a…

What about the federal government's recently issued "KILLING PERMIT" of 6,200 eagles a year to protect the Wall Street crowd and other insiders who make billions off the U.S. taxpayer from wind?

"In Maine, where the breeding population of great cormorants is small and efforts to save them are underway,…

Why should we care?  Well, for one, Maine's Biodiversity Research Institute just labeled eagles a problem in today's Portland Press Herald:

"In Maine, where the breeding population of great cormorants is small and efforts to save them are underway, the bald eagles are a problem, said Chris DeSorbo, director of the raptor program at the Biodiversity Research Institute in Portland". …

Vermont Takes its Wind Complaint Directly to the People of Connecticut; Maine Must do the Same

This much needed letter appears in the Hartford Business Journal. It's the people of Vermont (actually a former Lt. Governor) going directly to the people of Connecticut telling them of the problems their wind power "needs" cause for both Vermont and Connecticut.

More letters like this are sorely needed from all of northern New England to all the media in CT, MA and RI whose corrupt legislative leaders are a large reason these fraudulent projects are still getting built. The average…

The difference in price is huge. For a typical customer using 600 kilowatt hours a month, the Eversource price is $49.20, while the CleanChoice product costs $85.20. That’s just the price for electricity, and doesn’t include separate transmission, distribution, and customer service charges assessed by Eversource.

Sierra: "The truth is that Trump cannot prevent states, cities and towns from advancing the clean energy economy and sustainable policies. And while he can slow it down, Trump cannot stop the clean energy revolution driven by dramatically lower costs for solar, wind, efficiency and other smart energy technologies."…

Vermonter of the Year: Annette Smith

In February, the state Attorney General’s Office dropped a criminal investigation into a complaint brought by a lawyer who represents a major solar and wind developer that Smith had practiced law without a license in the course of advising those preparing to testify before the Public Service Board.

Private citizens with limited means often find themselves outmatched from…

The U.S. Department of Energy says Fishermen’s Energy failed to meet a Dec. 31 deadline to have a power purchase agreement in place.

The department is revoking most of the $47 million in funding it pledged to the project in 2014; about $10.6 million has been spent already on preliminary work.…