It took time to comb through the almost 6,000 page legislation Congress approved to fund the government and provide relief for Americans from the coronavirus lockdown, but in the end those who believe climate change is an existential threat are happy about what lawmakers stuffed into the bill.

USA Today reported that environmental activists “are touting the $2.3 trillion bill as a potential game-changer thanks to tax breaks for renewable energy sources, initiatives to promote carbon…

Another Good Piece by Robert Bryce

Funny how Congress called it the "Investment" tax credit.  Anyone who puts (our) money in an "investment" that has such a backward ROI isn't a very good investor. …

NIMBY’s (Not-In-My-Backyard) around the globe from Germany to Australia, California, New York, and Massachusetts are speaking loudly, and acting, to put a halt to the invasion of noisy wind farms in their backyards. Following numerous reports from Maryland to…

Finally, the claim by the legacy US and NE Media, "no significant fraud occurred that would overturn the Election" has been PROVEN FALSE in Pennsylvania and Arizona.

Analysis of election and population data of swing states, such as Pennsylvania, Arizona, Georgia, Wisconsin, Michigan, etc., is ongoing.

Results will be added to this article, as they become available.

The issue is not whether Biden obtained more votes than Trump, such as New York and…

Our Potential "Green " President's Health Record Must be Considered. It is a "Red Light" Flashing.

Environmental sciences professor, Jacobsen, at Stamford University, CA, claimed in 2015, almost all US energy requirements, for all uses, could be supplied by wind, solar and hydro. He excluded energy from nuclear and from bio sources, mainly because of excessive cropland area requirements, and because forests are a major absorber and storer of CO2.

NOTE: Coal, oil, gas, etc., are used as feedstocks to make millions of products that fill…

Another Accomplishment for President Trump 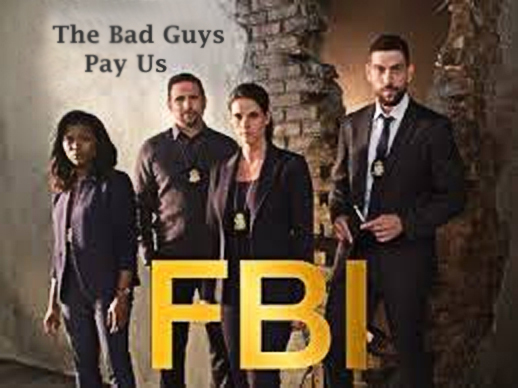 Watch: Morano on Tucker Carlson: We Will Go From COVID Lockdowns To ‘Climate Lockdowns’ Under Biden

"Senator Merkley (D-OR) came out today and is urging a President Joe Biden to declare a national climate emergency which would give him emergency powers that he could bypass democracy, much in the same way that blue-state governors…

There you have it, the wind and solar crowd got an extension on subsidies in the latest $900MM stimulus bill and the Maine delegation was all in. This could unleash a storm of new development in Maine. I encourage everyone who cares about this beautiful state to call all of our esteemed representatives in DC and express your outrage. If you haven't seen the obscene spending in this bill, here it is:

A 72.6-megawatt Hancock County wind energy farm, which twice failed to get developed, is now operating and online.

Fengate Asset Management, a Toronto-based investment firm and the current owner of the Weaver Wind project, made the announcement last week in a news release.

“Fengate is very pleased the Weaver Wind project is operational,” said Greg Calhoun, Fengate's managing director. “This project provides a new source of clean, reliable energy for Maine and is a significant…

On Saturday, Biden formally announced his "Climate Team", which, according to NPR, will consist of "Rep. Deb Haaland to serve as secretary of the interior; former Michigan Gov. Jennifer Granholm to head the Department of Energy; Michael Regan as EPA Administrator; Brenda Mallory as chair of the Council on Environmental Quality; Gina McCarthy as national climate advisor; and Ali Zaidi as deputy national climate advisor."

The US, a Beacon of Freedom

The US presents itself as a defender of human and civil rights, and Freedom and Democracy

The US organizes Color Revolutions to oust corrupt governments flouting the Rights of the People.

Almost always, those governments are allied with Russia, the Evil Empire, run by Evil Dictator Putin.

It would seem reasonable, the US would have in place nationwide standards to conduct Elections, to ensure Free and…

Hey Maine Tourism: Get ready for $4 gas with 'Mayor Pete'

This of course, only if the election fraud is allowed to stand.

Get ready for $4 gas with 'Mayor Pete'

Biden said this week the 38-year-old can be “a new voice" in the fight against economic inequality, institutional racism and climate change, The Associated Press reported.

“Greed and corruption are the root of all,” wrote one commenter at The Epoch Times, tracing the source of why situations like this are allowed to happen.

A strategic plot of land in Texas that is greater in size than the entire city of Tulsa, Okla., …

As additional news comes in during October through February, this write-up will be revised and augmented.

Biden has a history of:

1) Performing near the bottom of his class, in college and in law school,

2) Repeated plagiarism, while a student and in public office

Western environmentalists are the useful idiots of the Chinese Communist Party, says a report from the Global Warming Policy Foundation.

China’s green credentials are often praised by Western environmental groups who apparently believe that China is serious about cutting its carbon dioxide emissions.

But according to a…

Have you ever felt that as an individual or group of citizens presenting facts concerning opposition to wind turbine projects, that you were not being listened to at all? Have you thought there were forces at work that were  purposely designed to demean, intimidate, restrict speech, deny your rights, divide, harass, and at times, openly threaten you?

You have been right  all along.…

Issues raised by the GAO, a nonpartisan federal agency that provides information to Congress, stem from the Jones Act which requires certain commercial ships to be built and registered in the U.S.

This article describes a multi-month project, started about August 2020, to fabricate up to 280,000 mail-in ballots near Bethpage, Long Island, NY, for use during the 2020 Election in Pennsylvania, a swing state.

This article is a work in progress, because of on-going developments. It has 6 parts, plus Appendix.

A proposal to purchase Maine’s two investor-owned electric utilities and replace them with a state-owned power delivery authority has stalled due to lack of support.

In July, Maine State Rep. Seth Berry (D-Bowdoinham) introduced a bill in the legislature to allow for the state to transition to a consumer-owned utility, but ultimately the bill was amended to instead create a task force to study the issue. The legislation, LD 1646, was approved 8-1 by the committee, but the bill died…