Have you ever felt that as an individual or group of citizens presenting facts concerning opposition to wind turbine projects, that you were not being listened to at all? Have you thought there were forces at work that were  purposely designed to demean, intimidate, restrict speech, deny your rights, divide, harass, and at times, openly threaten you?

You have been right  all along. 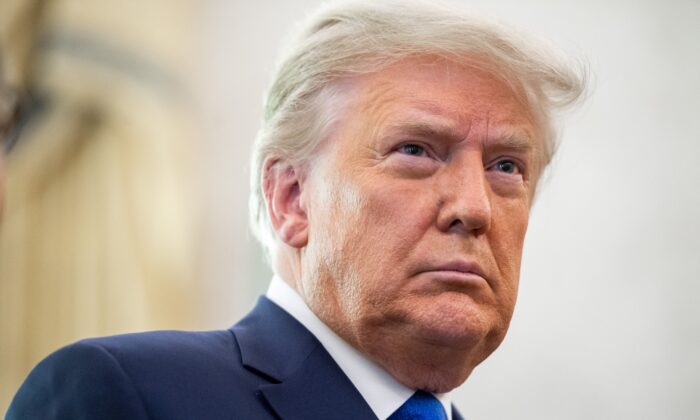 President Donald Trump looks on during a ceremony presenting the Presidential Medal of Freedom to wrestler Dan Gable in the Oval Office of the White House in Washington on Dec. 7, 2020. (Saul Loeb/AFP via Getty Images)
2020 Election

By GQ Pan and Joshua Philipp

Color revolution tactics that have been used against foreign leaders are now being used by President Donald Trump’s opponents to oust him, a former special forces officer has warned.

The 2019 Transition Integrity Project, according to the officer, is an indicator that the events of this year’s presidential election were “transparently orchestrated” by “Marxist elements within the Democratic Party and their Marxist allies in foreign governments.”

“It may not have fallen out just as they wanted, because anytime you carry out an operation like this, the enemy will get a vote. But the plan was we will not concede the election. The goal here was never the presidency,” the officer said. “The goal of the opposition was to fundamentally change the country. They are attacking the efficacy of the Constitution.”

To achieve their goal, the anti-Trump opposition focused their main effort on affecting the election, the officer said.

Some of the most notable color revolutions took place amid turmoil sparked by disputed elections. In 2004, mass protests in Ukraine following allegations of a fraudulent presidential election, which initially showed pro-Russia Viktor Yanukovych as the winner, led to a new vote won by Viktor Yushchenko, the candidate backed by the European Union and the United States.

The officer said the tactics used by the anti-Trump opposition can be found in the Special Forces’ guide for overthrowing a government.

“What you’re getting from me, this is supported in all older unconventional warfare doctrines,” the officer said. “You could go to our manuals and pull from them the information I’m telling you. This isn’t from someone who’s a rabid Trump supporter. This is what’s happening.”

The officer then talked about how President Barack Obama used his eight years in office to “seed his political allies all through the institutions,” created an “underground” or “shadow government” supported by legacy media and rioters.

“With the president being unable to get his own people into the administration, we effectively had a third administration of Obama,” the officer said. “So we come to what we have today: The underground are the elements within the government. We saw how they opposed the president, how they tried the impeachment.”

“The press is the auxiliary on the outside. The only thing we’re missing is a real guerrilla force, and we would be mistaken to think that’s just Antifa or Black Lives Matter. There are professional revolutionaries within those movements.” 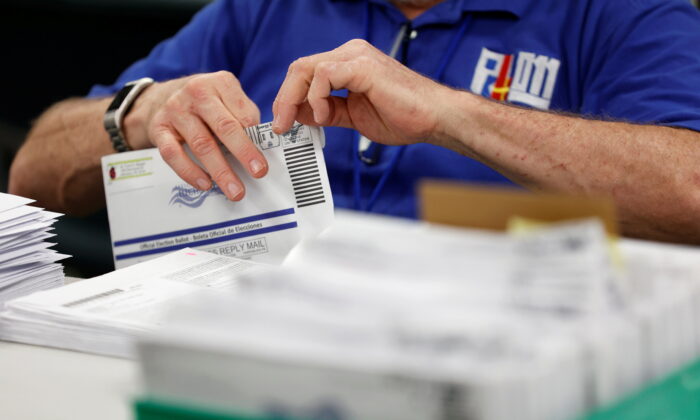 Gary Berntsen, a former Central Intelligence Agency (CIA) career officer who worked on various counterterrorism deployments, worries that the irregularities that happened during the November election may be part of a larger scheme.

“If you want to steal an election of the United States, what do you do? You go into the swing states, your Democrats, you target the urban areas where you have the largest vote count,” Berntsen told The Epoch Times. “They need to produce a massive, significant, large number of votes—therefore they have to go to large Democratic cities.”

He went further to allege that the vote counting was stopped in some polling sites in big cities probably because the persons behind the scheme found out they needed to produce more ballots to fill a gap bigger than they expected.

However, Berntsen didn’t provide evidence to support his claim. He didn’t name any specific person or party for wrongdoing either.

Berntsen was a former Republican candidate for U.S. Senator in New York in 2010.

Attorney General William Barr said during an interview with The Associated Press that the Department of Justice (DOJ) has not discovered evidence of widespread voter fraud that could change the outcome of the 2020 election for now. A DOJ spokesperson said in a follow-up statement that the department’s investigation is not concluded yet.

The FBI didn’t announce any major election fraud investigation after the November election.

It’s reported that several vote-counting sites stopped the tabulation or chased out Republican poll watchers during the election night or early morning of the next day.

During a hearing before the Michigan Senate Oversight Committee, Republican poll challenger Dr. Michael Dubio stated under oath that between 3:00 a.m and 3:34 a.m. he witnessed a truck delivering ballots to the TCF Center, a conference center in downtown Detroit where Wayne County votes were being counted.

Dubio alleged that “thousands of” ballots were moved into the TCF center during this event.

He didn’t specify which day he saw the truck during his open remarks.

A USPS-contracted trucker also alleged on Tuesday that he transported about 144,000 to 288,000 completed ballots from New York to Pennsylvania on Oct. 21 and the trailer disappeared. He wasn’t given any notice about his trailer.

“The next day, it just got weirder. As I arrived at the Lancaster USPS with my tractor, I went to hook up to my trailer and the trailer was gone,” Jesse Morgan said in a media statement. 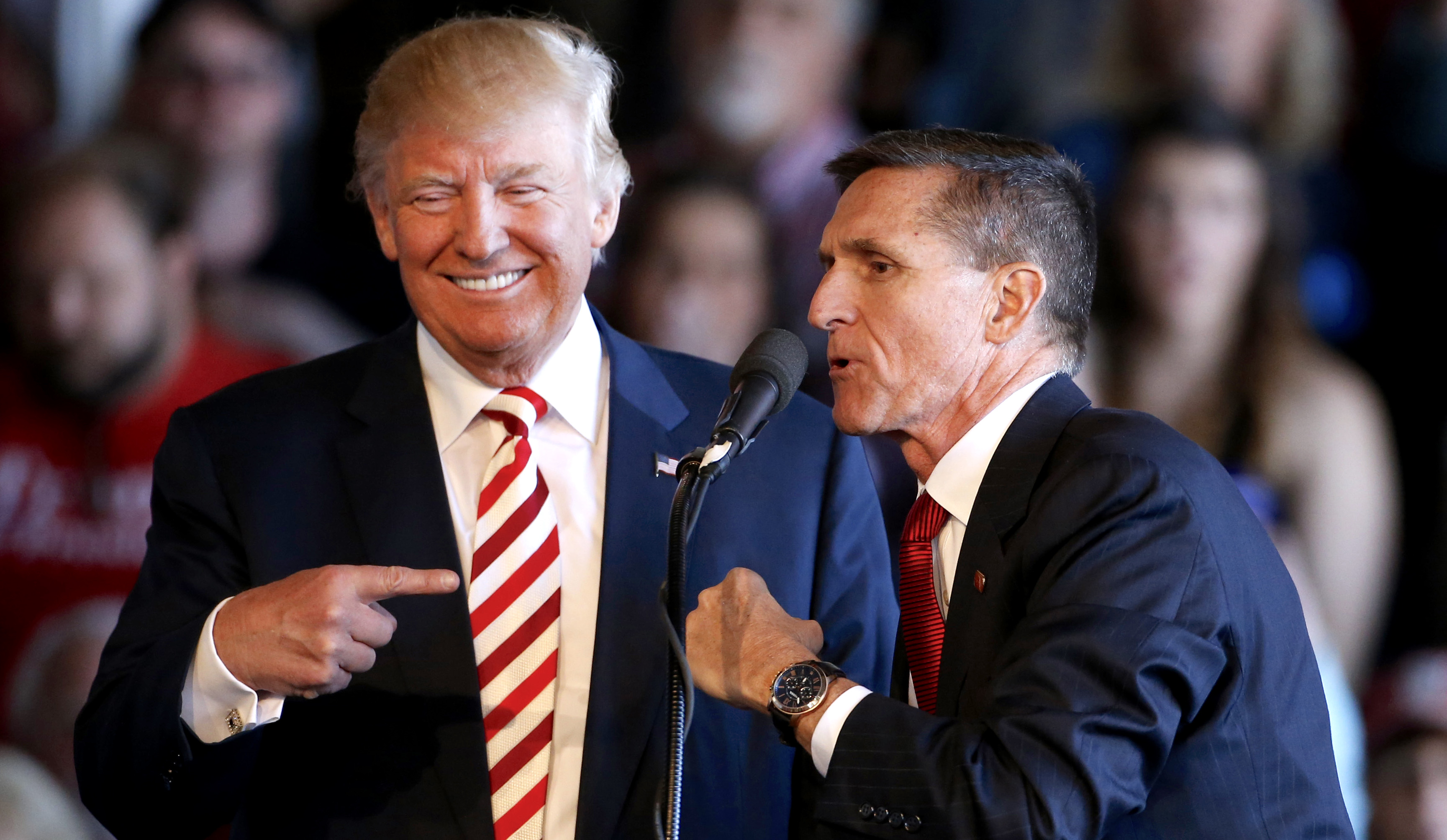 “I believe when during the last 2016 election when they didn’t get the candidate that they needed and the kind of ideology that they saw America moving towards. They were not going to allow 2020 to happen. And so now what we have is this theft with mail-in ballots death with this software, Smartmatic software, and Dominion systems,” he said during an interview with WVW-TV.

Flynn didn’t name any specific person or party for wrongdoing and didn’t provide material evidence to support his allegation.

The Dominion Voting System has denied vehemently any wrongdoing.

Smartmatic said in a statement that their technology was used only in Los Angeles County, California, in the 2020 election.

“The system we provided to LA County does not count, tabulate or store votes,” the company said in a statement.

The Democratic National Committee (DNC) and the Biden campaign didn’t immediately respond to requests for comments from The Epoch Times.