For them it’s their best opportunity to drive back the spread of industrial-scale wind power that’s plowing through quiet communities and destroying families. On November 4th, they will be checking the box next to those candidates who promise to permanently end the wind production tax credit (PTC).

The pipeline could carry about 1.1 million barrels of oil per day over 2,860 miles to reach New Brunswick and, as it passes around Maine, could come within 20 miles of the border. “The proposed Energy East pipeline would still threaten to pollute our waters and air, and send our climate past its tipping point,” said Emmie Theberge, with NRCM. Glen Brand of the Sierra Club said increased tanker traffic to serve the pipeline in New Brunswick also stands to threaten habitats…

It would be an understatement to say that the outcome of the 2014 elections is important for wind energy producers. In an effort to see PTC friendly Harry Reid as Majority Leader, the wind industry has essentially turned the League of Conservation Voters (LCV) into their own personal Trojan horse.

Much of the LCV leadership has deep ties to the wind energy:

In the Legislature, Cray served on two committees: Agriculture, Conservation and Forestry and Energy, Utilities and Technology. He sees wind energy as an important issue in Somerset County and said that if elected, he would like to further explore the impact of the newly approved Bingham Wind Project on the county.

“I think it’s a really important issue,” said Cray. “I’m not a big proponent of wind power. I think it’s a cost that I just don’t see the benefit of.”…

A Facebook page titled the “Town of Frankfort, Maine, Community Page,” which is not run by the town, has become a venue for residents to share their thoughts about the wind project. Many of the comments written there are vehemently opposed to Eolian.

“Promises are short-lived, damage to the environment is permanent,” one man wrote last week.…

Houlton Water said that it plans to challenge the PUC decision on six different points, including… 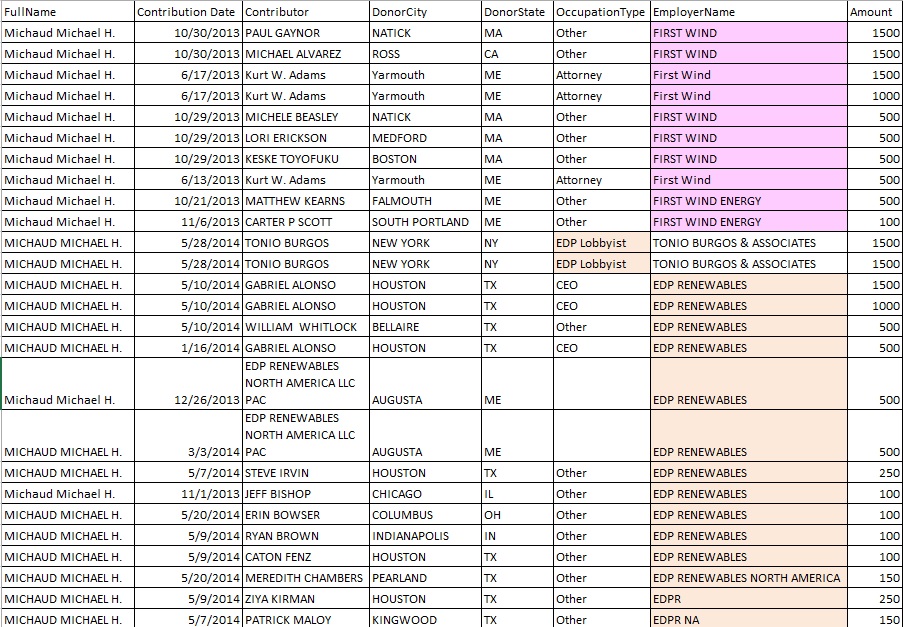 The tightening gap between LePage and his challengers in the head-to-head matchups began to show in the September poll. Since then, Smith said, “I don’t think there’s been anything to change that sense of momentum for LePage or that…

The recent Sun Edison $2.75 million deal where environmental groups look the other way as First Wind (Sun Edison) kills Maine with the Bingham project is at least the third in a series of large wind industry mitigation payments in Maine. Moreover, it would appear the earliest deal (1996) involved at least one person who today is with Sun Edison. Finally, there are documented references from the mid 1990's to ENRON Wind in Maine and there also may have been some interference on behalf of the…

“We are not sure if there will be any public hearings on these proposals,” said a PUC spokesman.

Keep in mind the PUC is the crew that overruled their staff and authorized the $1.5 billion CMP upgrade, an exclusive GIFT to the wind companies such as First Wind, with the bill footed by unwitting rate payers.…

Weather Channel Co-Founder: Climate change PROVED to be 'nothing but a lie'

THE debate about climate change is finished - because it has been categorically proved NOT to exist, one of the world's leading meteorologists has claimed.

Electric Power Rights of Way:
A New Frontier for Conservation

Often mowed and doused with herbicides, power transmission lines have long been a bane for environmentalists. But that’s changing, as some utilities are starting to manage these areas as potentially valuable corridors for threatened wildlife. 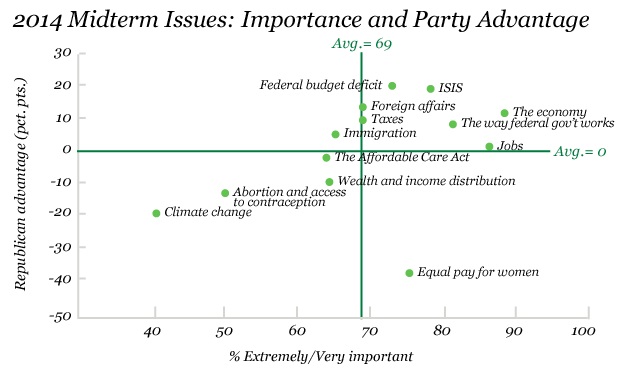 EXCERPTS: ...favored by Democrats, including U.S. Rep. Mike Michaud, would revive Maine’s push for energy from wind...MICHAUD is taking a more cautious and nuanced approach to natural gas. He appears to be straddling the issue, torn between the effect that natural gas supply has on electric rates and the preference of many of his supporters for a strong shift to renewable energy. …

"We need to support wind, solar and tidal power so that we can keep our energy dollars right here in Maine".

BDN - Baptists, Bootleggers and a united quest for the Blaine House

LePage has no truck with the environmental left or the crony capitalists. He has repeatedly argued for less expensive energy and a market-based approach that eschews tax credits, subsidies and regulatory mandates favoring particular “green” sources.…

Finances are also at the core of the Friends of Maine’s Mountains appeal. O’Neil said he believes that the group’s strongest argument is about the adequacy of the fund set up for the ultimate decommissioning of the 62 turbines that would be built. A decommissioning fund would pay for restoring the scenic vistas if the wind project ultimately is abandoned. O’Neil claims First Wind has underestimated the cost of removing the turbines, which would soar up to 492 feet in height, while restoring…

Note To Maine's Environmental Groups: Get Off Your High Unicorns and Stop Making Electricity So Expensive

Going from coal and oil to natural gas has cut carbon infinitely more than the 500+ foot tall "climate change scarecrows" which are in the process of maiming our state. But you'll never hear that from the Maine environmental groups so long as they keep taking money from the the Enronesque wind…

...two appeals of the $398 million project, one from Friends of Maine’s Mountains and another from Alice Barnett, a longstanding critic of the project who has raised complaints about noise from the turbines.

John Lamontagne, a spokesman for First Wind, said the company is disappointed by the appeal.…