Accolades for a Joke? How many actually work there day in and day out. Make it safe for few to No actual workers is an easy task, not a commendable one.

Try a 50 person crew, doing some of the most dangerous jobs in…

Mainer's Are About to pay dearly for their legislated  "Greenwashed" Renewable  Wind Power policy.   Industrial Wind, a feckless scam in Maine ,is adding to the pain. Industrial wind expansion in Maine must end , and dense fuel expansion such as natural gas must be placed online rapidly , or Maine's economy will get worse , much worse.

See below please, and hang onto your pocketbooks this winter.

There is no doubt that we are losing jobs and tax base this week with the announcement of Bankruptcy in Lincoln, the closing of the Old Town Mill, and Verso recently.  Gov. LePage has done all he can to hold these projects back, but there is so much money in the pockets of our Legislators, they can't help themselves from making bad decisions for Mainers.  More jobs down the tube with no hope of them ever coming back.…

I Hope our Governor remembers what to do with this grant!!!

The money from Washington just won't stop pouring in.  It's only 15 months till we may have some rest.

Boston Globe article that is pushing for us to get busy building pipelines for natural gas from Pennsylvania.  It is plentiful, cheap and the price is very steady.  We could heat our homes and reduce our electricity rates so businesses like the Lincoln tissue mill could stay open.  We are going to be retiring a large number of old generating stations by 2020 and we can't move it over to unreliable renewables.  This could be our solution.…

The Greenest Oil Companies In The World

Others behind Wind and Solar

in the land acquisition and destruction of Maine…

Even though there is little fundamental linkage between oil prices and the competitiveness of solar or wind power across the developed world, newly risk-averse investors in renewable energy Yieldcos are dumping investments they suddenly consider overvalued.… 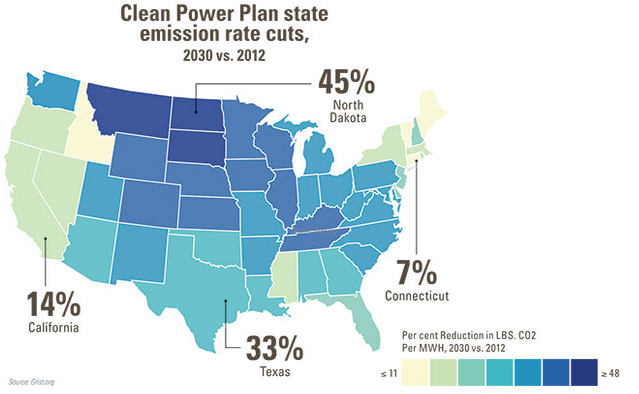 So Guess what! Is Maine to do both the requirements for CT & MA once again for the next 15 years with wind, biomass, gas to electric (an increase for Maine) while reducing our overall by the indicate color…

Corporate wrongdoing by Volkswagon is by Financial Times compared to Enron.  Interesting to note government favor, hiding massive losses, have much to do with ENRON that launched commercial wind in the U.S.  How coincidental that former ENRON execs have reappeared the wind sector?

Volkswagen's scandal is 'worse than Enron,' and reports say the company was warned about 'cheat' devices

"The rise and fall of SunEdison (NYSE:SUNE) is one of the stranger stories in renewable energy recently..."

SunEdison (SUNE) has plummeted 71.4% in 3 months attributable to its purchases of renewable companies.

"One of the reasons investors loved SunEdison so much is the company's incredible growth spree. In the past year, it bought First Wind, a $2 billion portfolio of wind projects from Invenergy,…

WOW!!! I HAD NO IDEA! More Lies from our Wind Friends

I can't begin to tell you how slanted this article is that will make the uninformed citizen of Maine think Wind is one of the biggest contributors to cleaning our atmosphere, providing 4,200 jobs, (not permanent) using nameplate outputs, not the usual 25% actual outputs, and telling us it will make big changes in the quality of the air in the SECOND cleanest state in the union.I sure wish we could get one of our writers to get so believed by the biased media.  Though we already do so much,…

READ IT AND WEEP

I originally thought this was written by Kurt Adams - It was written by Jeremy Payne who has now been completely emboldened by the FMM announcement. And as far as Charlie  Colgan's 4,200 jobs created by the wind industry, I can assure you Charlie was paid handsomely for his study = I am just not sure if they gave him cash or a lifetime supply of glazed donuts and Little Debbie's! In any event - read it and weep!…

Take a good look at Jeremy Payne's resume on linkedin. We all know Jeremy as Executive Director of the Maine Renewable Energy Association, the principal lobbyist for the wind industry in Maine.

An agreement reached between Friends of Maine Mountains and developer SunEdison will provide $2.5 million to conservation projects statewide.  I hope this turns out to be a positive agreement for Maine.  I'm not sure any of these projects have enough salted away for decommissioning should it become necessary.  I'm afraid we will be saddled with enormous behemoths for as long as we can see.  …

It surely seems logical enough, anything that would cause a potential buyer to value a property less lowers its value. A piece of property, after all, is just what someone is willing to pay for it. Markets are about supply and demand, and all things being equal, why would somebody choose to buy a home with an industrial wind farm nearby? And simply put, it seems impossible to believe that wind turbines would actually add to a property's value.

But, there's a heavily funded…

Energy Independence and Security Act of 2007

Only a crisis — actual or perceived — produces real change. When that crisis occurs, the actions that are taken depend on the ideas that are lying around. That, I believe, is our basic function: to develop alternatives to existing policies, to keep them alive and available until the politically impossible becomes the politically inevitable.

Greedy Wind Industry In EU Is Pushing Amost Broke Nations to Up The Ante On Subsidies.

The Wind Industry in the EU is basically admitting that they are only viable with an increase in subsidies.  The increase would be suicide to many of the countries already at the brink of disaster.

It's Not Wind - It's Not Solar

From an Andi Parkinson Video

While not directly related to wind - I for one believe our answer to wind development is to follow Germany's lead - Abandon wind development which has been proven not to work and focus on Solar power - I use it - It works!