Just three Republicans backed the measure — Sens. Susan Collins of Maine; Chuck Grassley of Iowa, who wrote the first PTC law in 1992; and Mark Kirk of Illinois, who is expected to face a tough re-election race next year. West Virginia Sen. Joe Manchin, who has criticized the credit in the past, was the only Democrat to vote against it.…

UM's Prof Richard Hill: How many wind turbines does it take to power a supermarket?

We can only hope that as Mainers become more and more familiar with the shortcomings of intermittent wind power generation and the environmental degradation that results, they will look at future development proposals with an ever more critical eye.

M.D. Harmon: No sound basis for concluding 2014 was ‘warmest year on record’

Just a few days after The New York Times and The Washington Post both had major, widely distributed stories making that claim, one of their principal sources, NASA, was saying it was, well, not quite accurate. As in, not accurate at all.… 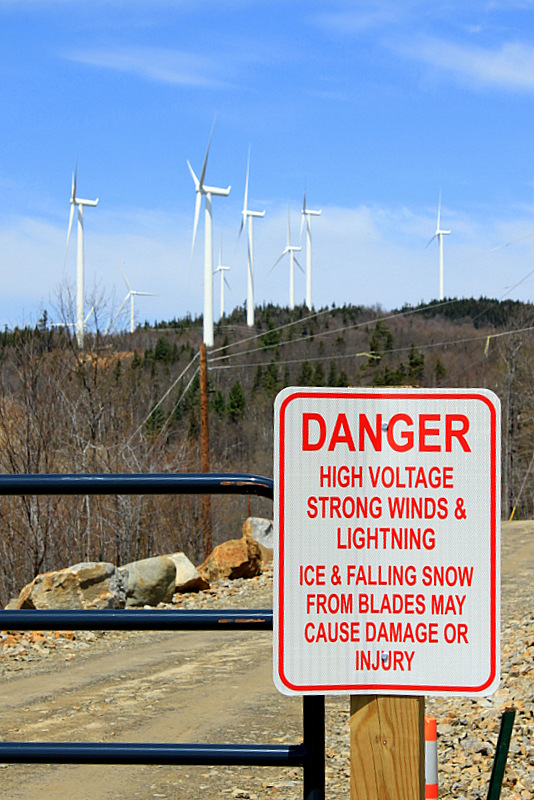 "Indeed, tourism is one of the cornerstones of the Maine economy, supporting thousands of important jobs and helping communities to thrive," King said in a prepared statement. "As a member of the Senate tourism caucus, I look forward to working with my colleagues to further the interests of Maine's tourism industry."…

Some Mainers still fall for the wind energy scam. This is sad because taxes have had a crushing impact on Maine’s economic lifeblood, and it consistently ranks among the states with the greatest tax burden. Yet Dorle and Chapman have the nerve to propose that still more still tax credits (read: private taxpayer subsidies) support their lobby’s pocketbooks and debunked environmental fantasies.

He emphasized that this is just a first draft and there could be significant changes when the MET data comes in and that the layout could change over time. Following are the conclusions.........

“We are also troubled by the state’s energy policies, the state’s permitting process, and the ease with which the public good as expressed in our municipal and regional plans can be overridden by people who may never have even…

Hello Everyone - Emily Figdor is gone From Environment Maine! One wind shill down, Many more to go - And they will!! I don't think the nearly bankrupt First Wind is shelling out the coin these days as they await the big payout!! Even George Smith is getting after Maine Audubon about wind! Hope is on our side!

Alan Michka: Wind battle centers on right to have input into local projects

Residents of Maine's Unorganized Territory seek a place at the table as critical decisions are being made.

After being called out in a Jan. 14 letter by wind industry representative Paul Williamson ......…

The West Virginia House of Delegates debated House Bill 2001, which would repeal the state's Alternative and Renewable Energy Portfolio, for about an hour during a Jan. 22 floor session.

Ultimately, the bill passed the House by a vote of 95-4 with only Delegates Mike Puskin, D-Kanawha; Barbara Fleischauer, D-Monongalia; Stephen Skinner, D-Jefferson; and Nancy Guthrie, D-Kanawha, voting no.… The show-me-the-money culture of Albany has been perpetuated and promoted at the very top of the political food chain," Bharara said. "And as the charges also show, the greedy art of secret self-reward was practiced with particular cleverness and cynicism by the speaker himself."…

First Wind Accepted New York State's Code of Ethics : Why is this conduct not expected in Maine?

Maine Needs This , Desperately...Maybe Alfond Should Should Read this?

If nothing else , he should try writing his own bills for the wind lobby (without using the words  verbatim   from  a Verrill Dana lawyer who works for First Wind).

Question: Why do the same wind companies investigated in NY State which then signed a code of conduct in NY State not have to do so in Maine? Is this not reasonable?

The following is not new, but I'm posting for our new members who may not have seen.

To their credit, the Bangor Daily News did not mention wind in its prescriptions for energy strategy. Let's hope that the editorial board is weighing the harm done by wind against its lack of benefit and is seeing its absurdity.

The region’s oil-fired plants, including one in Yarmouth, are old and will eventually be retired. Nuclear power plants are also being taken off line; …

Orland Town Council Chair on wind regulations: They don't think we need anymore and I don't either

But Town Council Chair Ed Rankin believes current regulations shouldn't change because they meet state approved standards and cited two prior temporary wind bans as evidence.  Rankin explained, "And our planning board has worked very hard, done all their homework and visited a lot of sites.  They don't think we need anymore and I don't either."  …

Connecticut Rumbling: The Case Against RPS

Because wind and solar energy sources tend to be more distant from population centers, we will likely have to add an additional 4,300 miles of new transmission lines to move energy to our market. That will cost billions of dollars, which will be subsidized by energy consumers.

Wind power generation will require a vast new network of transmission lines. In 2010, the grid operator ISO New England estimated that for wind power to reach 15.9 percent of electricity production for…