Reporting the dark side of wind energy, no matter how terrible, is off limits

Remember this testimony......... Reporting the dark side of wind energy, no matter how terrible, is off limits for mainstream media. It has been this way for about 20 years.

In America, over the last 25-30 years I have seen first hand a great change for the worse in media reporting. In fact, this erosion has grown into an ethical crisis. But this decline is not just with the media, this crisis also exists within our government, with scientific research, and institutions of higher learning.
After College, from 1979-1995 I moved the edge of a large remote wilderness area located in NE California. I studied the deer herds while living in this region. Over a 13-year period I had witnessed deer population declines of at least 80%. From my many thousands of hours in the field, I documented how over-hunting had severely affected deer herd reproduction and contributed to these declines. In my research I also discovered an alarming decline in the body weights of deer from this region going back 8 decades of approximately 25 percent. I attributed most these declines to over-hunting and the selective harvesting of trophy deer over the years.

In 1990 I went public with my deer herd research and hunters across the state were furious to find out that the Dept of Fish and Game had been selling tags for what really was a "ghost herd" of deer. At the time he State of CA had been exaggerating herd populations by about 4 times and they were even reporting fraudulent deer harvest numbers to unsuspecting hunters. In fact, for a period of years before I went public, the DFG was reporting more bucks being killed than the total number that existed in the entire region. 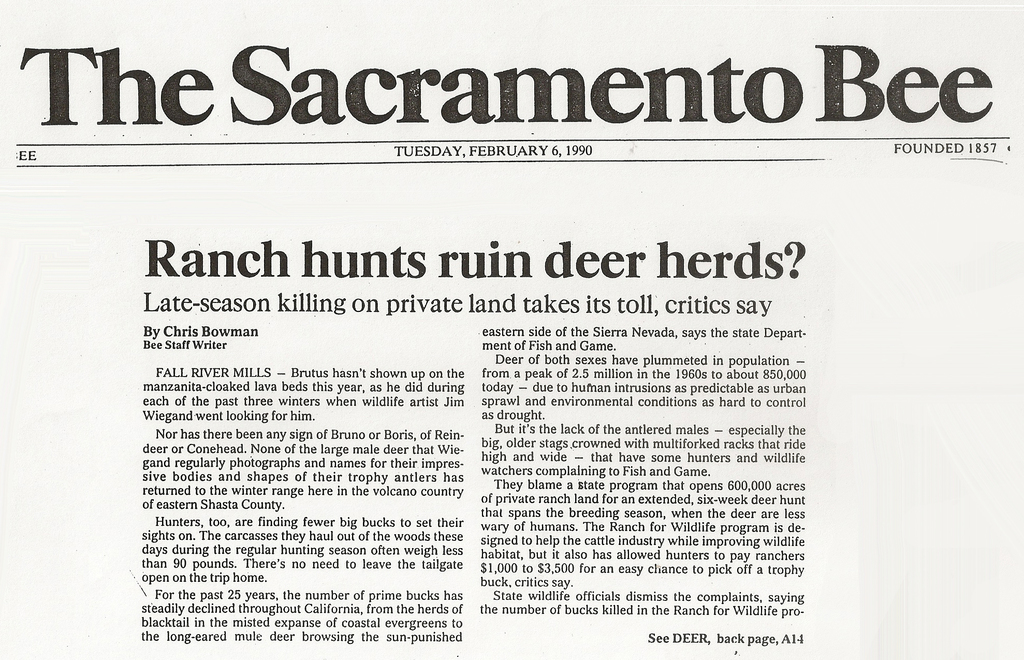 Armed with my evidence, back then I could go into nearly any TV station or newspaper office, talk with an Environmental Reporter and in nearly every case, a story would be done about what was taking place.
With one investigating reporter I approached, he had made inquiries with DFG officials in Sacramento. They told him told I was a crackpot and made this carefully worded statement to the reporter……….. “We looked into his background and we cannot find any evidence that this Wiegand character even has a degree.” Of course, none of their statement was true and they knew it because I had already met with the Fish and Game commission in Sacramento. Their purpose was to kill the messenger and create enough doubt so there would be no story.

This San Francisco Chronicle reporter was so troubled by all this that he insisted I must prove to him that I had actually graduated from UC Berkeley. This DFG lie of a statement was so effective that he would not take my word. It wasn’t until I showed him my official college transcripts that he proceeded with the story.

In an effort to conceal their fraud, the DFG blamed climate (the drought) created fake stories with their media connections and even spread lies about me to deflect from the truth. But back then, at least my unfiltered story was told by the media and the public could weigh in. 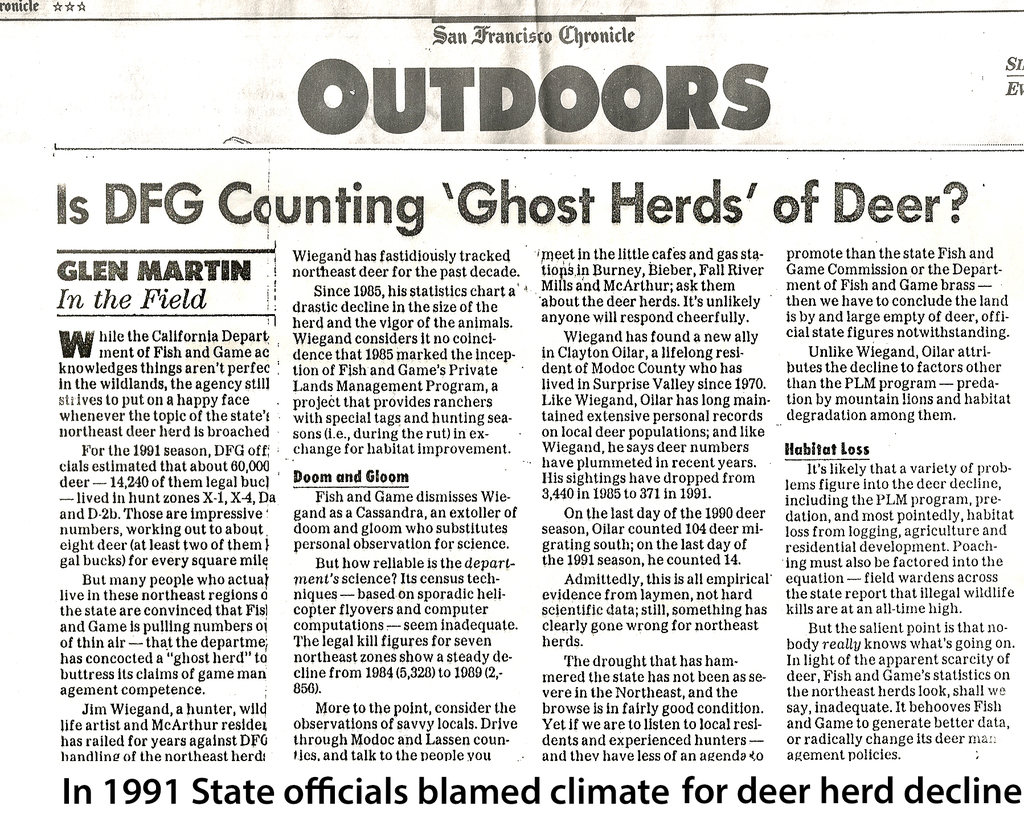 In the early 1990’s dozens of newspaper articles and TV coverage went out to the public. Main stream media also picked up the story and to my surprise I was even receiving phone calls from the East Coast. . Today with the same message and proof, the public would never see this deer herd story because the corruption in this state and country has escalated. The story of wind energy destruction, the hidden industrial slaughter of thousands of eagles with this industry’s hundreds of fraudulent studies, is far worse than what took place with the deer. But in 2018 mainstream media will not go anywhere near the dark side of wind energy truth unless they can pile up the story with quotes from a multitude of liars. Today reporters still contact me, but they will not even try to investigate or verify the truth about wind energy. Instead, they avoid factual statements from me, they will print discrediting lies from the government, build a story with quotes from industry shills and the wind industry will continue create new bogus research to fortify their growing mountain of lies. 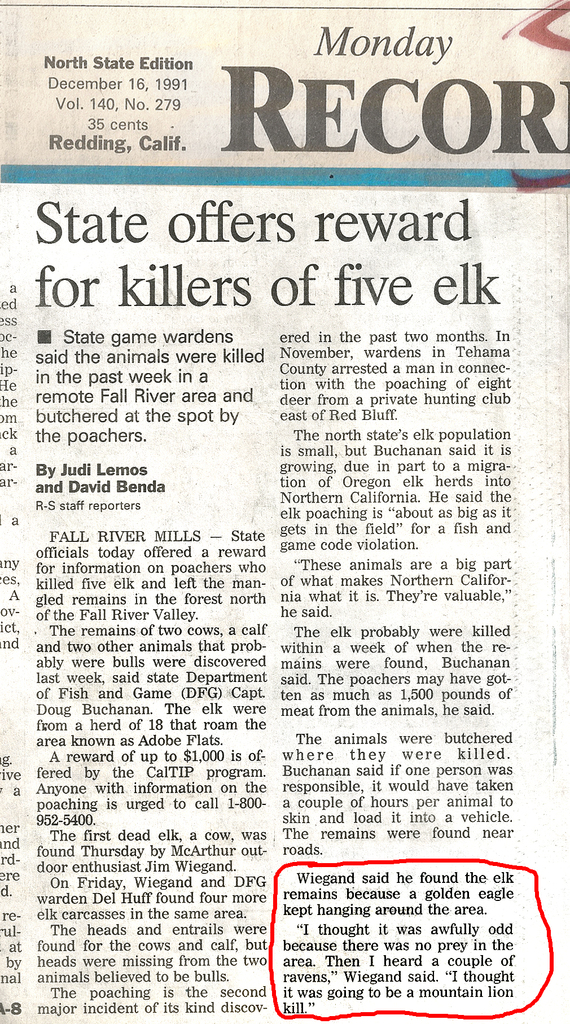