Begin listening to the governor at the 2:10 mark in this morning's audio interview with Ken and Matt of WGAN News Radio. I listened to the relatively short interview once and made an attempt to capture some of what the governor said:

(Not exact quotes but pretty close - I did this quickly).

What Governor LePage said on the CMP transmission line

"This will hopefully educate the legislature that hydro is carbon neutral".

"They're tying the $700 million carbon tax to it - that's an attack on the poor and the elderly; I find that repulsive".

"I will lead an effort to repeal the carbon tax".

"They're a lot of people in the solar and wind industry who are against it - follow the money".

"The corridor is 300' wide, room enough to put a second line and I have always said the second line would be for Maine people; there's no reason for us not to go after that. It's silly for us to go take down our mountaintops"

"The problem with the solar panels is that before you have the ability to store the electricity it is not good for society".

"The carbon tax is another move towards socialism; they are going to control the power in the state of Maine".

"I just don't see the rationale of going after heating oil and natural gas; they're going to kill industry and hurt the elderly and the poor".

"Regarding the benefits package, it's not a good trade off; they should just lower the electricity costs....they should have tied it to lowering the long term rates for Maine people".

"I would get rid of monthly electricity bill add-ons such as Efficiency Maine Trust which is nothing but a scam; I just don't think adding taxes on surcharges is the right way to go when you have the 10th highest energy costs in the United States of America".

Mills and LePage both back CMP’s $1 billion project, but for very different reasons

Provisions to ensure existing renewable energy projects in the state won’t be blocked by the project, and a provision that will support energy efficiency in low-income households, were also factors for the CLF, he said. The Acadia Center advocacy group has also voiced support.

“We can’t say no to every single project,” Mills said at the Portland International Jetport Friday before flying to Washington, D.C., for a meeting of the National Governors Association. “We have to open the door.”

Holding a roughly 3-inch square cube of carbon encased in plastic to symbolize the reduced pollution of electricity generated by hydroelectric dams, Mills said the project will boost Maine’s economy by nearly $100 million, provide hundreds of jobs, cut carbon emissions by 3 million metric tons a year and lower Maine’s electricity costs by reducing demand on other electricity providers in the region....................Barry Hobbins, the state’s public advocate who represents ratepayers in PUC matters, said his office endorsed the agreement, noting CMP’s commitment to create a $50 million fund to help low-income Mainers with their electric bills....................

Central Maine Power has committed $10 million to the Passamaquoddy tribe and the Western Mountains Alliance to protect the scenic and fragile habitats of the area, develop a local visitor center, and build and maintain hiking trails.

CMP has done virtually nothing to address concerns about impacts on the environment in Somerset and Franklin Counties, including fragmentation of forests, damage to brook trout streams, and disruption of the scenic and recreational resources that the regional economy relies on.

Gov. Janet Mills has signed onto a deal to support Central Maine Power’s controversial proposal to build a 145-mile transmission line to carry hydropower from Quebec to Massachusetts.

The negotiated settlement between the executive branch, a utility watchdog, business and labor groups, and some environmental groups was finalized Wednesday and is expected to be filed with the Public Utilities Commission on Thursday.

A draft outline of the settlement was first reported Feb. 6 by the Portland Press Herald. The exact terms of the final agreement have yet to be made public. But aside from language changes and certain provisions, the broad outlines of the deal are generally unchanged, according to sources.

One of the most vocal opponents, the Natural Resources Council of Maine, issued a statement Wednesday that the agreement is less than meets the eye.

The environmental advocacy group claimed the transmission line would harm Maine substantially, from the state’s forests, waters and wildlife to local clean energy projects and jobs, and without benefiting the climate.

“The massive corridor would cause large-scale damage to Maine’s North Woods, would not reduce carbon pollution and could block local clean energy projects that would provide real jobs and benefits for Mainers,” said Dylan Voorhees, NRC’s clean energy project director.

Settlement may be near for Quebec-to-Mass. power line

.......................The settlement is also expected to deal with power-line congestion issues. But Dylan Voorhees, NRCM’s clean energy director, says he remains concerned that it could crowd out worthy renewable energy projects. 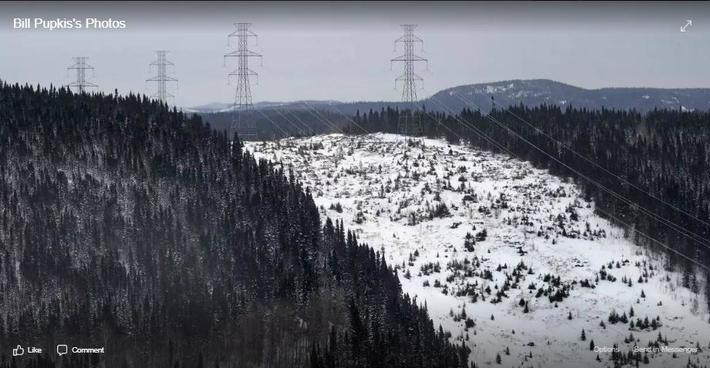 REMEMBER THIS!!!  BOUGHT AND PAID FOR!!!  Former CMP CEO, David Flannigan is in Janet Mills cabinet and her brother, Peter Mills has been on the Western Maine Mountains and Rivers Corporation for over 2 years. The media is silent only because Mills is their candidate. That is an example of fake news.

Comment by Dan McKay on February 23, 2019 at 10:59am
Greg Cunningham, vice president and director of CLF’s Clean Energy and Climate Change program, told Utility Dive the governor's support was significant.

"We saw virtually no progress under the LePage administration," he said, referring to the climate policies of former Republican Gov. Paul LePage, who was ineligible to run again due to Maine's term limits.

Also. NextEra owns Seabrook, which stands to lose millions because of price suppression, and they HOPED to owns several hundred MW of western Maine wind projects which would be essentially bumped from the grid both from the HVDC line and from the marketplace when southern New England finds it likes high quality hydro as opposed to wind.

In order to get an ISO-NE approval for the project, it must upgrade transmission wherever it is necessary to assure there remains room for existing generators. The project was designed to do this, but ISO-NE has not done it's analysis yet and CLF wants assurance that CMP will comply with ISO-NE standards.

Art, an excellent assessment of the current regional market and how the NECEC fits in.

Here is the full spread sheet partially shown below in the previous post.