Eagles chopped in half, headless, or with massive meat clever type wounds

Jim Weigand remarks: You can not sit at a table and mitigate for impacts that are being hidden behind a wall of fraud. Yet that is what has taken place.  The wind industry along with the USFWS has used rigged research and gag orders to rig the deck.

I was recently told by an industry informant of a great number of eagle deaths coming out of a particular wind farm. I was shown dozens of eagle carcass images found near turbines...........

As Eric points out there are many hidden turbine impacts and we can kiss off any scientific studies to ever be conducted because the USFWS and the wind industry are in a fraudulent lock step march together. But in this BRAVE NEW GREEN WORLD, we can expect the media to blame climate change for the flying species of this world getting slaughtered off by the turbines

I have noted a high reduction of various birds that frequent Maine this summer. Though it is thought to be due the the reduction of insects, including bees, I have also noticed that our mosquito population never appeared until August this year. Though these may not or may be related to the wind turbines directly with kills, One species tends to follow another to sources of food. My Eagle count is also down from 10 to 2 this year and not often fishing the river as in past years. People should make notes of these shifts, especially in the areas of these turbines. These may be subtle changes derived from both direct presence, to vortex wind shifts of snowfall, water and seed from tree distribution, along with the sub-sonic ultra low harmonics of the gears in the generator and the blades.

It is time to revisit the Laurel Mountain mass fatality slaughter of 500 migrating birds that took on the night of Oct 2-3 2011.  According to the wind industry and 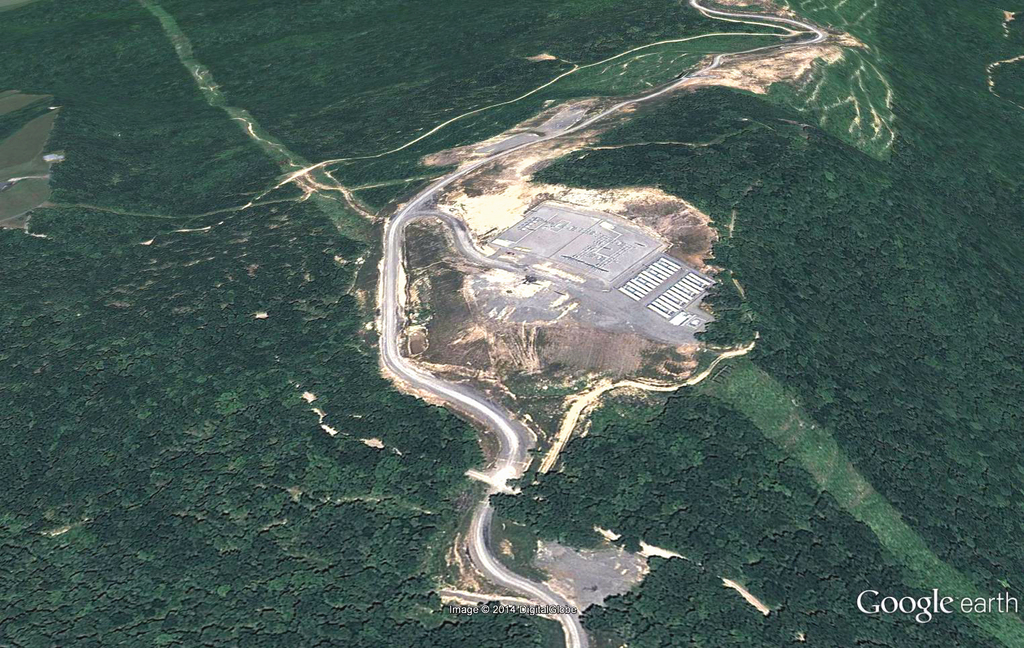 USFWS cover story, the lights and a building killed them up on a ridge line being shared with 61 huge spinning turbines extending for miles

ABC birds even stepped in to assure readers.................."According to the American Bird Conservancy, the West Virginia bird kill numbers fly in the face of industry assertions that wind turbines kill, on average, two birds per year. - See more at: http://www.wvgazettemail.com/News/201110290070#sthash.vrVeSpxa.dpuf

ELKINS, W.Va. -- Lights left on at a power substation on a foggy night during the fall migration season are believed to be responsible for the deaths of nearly 500 songbirds earlier this month at the new AES Laurel Mountain wind farm near Elkins.

"From a bird conservation perspective, it was a very bad event," said Kelly Fuller, wind campaign coordinator for the American Bird Conservancy, a national bird conservation group headquartered in The Plains, Va.

More than half of the birds involved in the incident were blackpoll warblers, with Connecticut warblers, yellow-billed cuckoos, sora and Virginia rail among other species reportedly found dead near the substation

The bird kill did not apparently involve collisions with wind turbines at the 61-tower complex, according to a preliminary investigation. Instead, the deaths reportedly occurred from "a combination of collisions with the substation and exhaustion, as birds caught in the light's glare circled in mass confusion," according to a release from Fuller's organization.

The incident occurred during a period of fog and poor visibility.

Night-migrating songbirds flying in such conditions without a horizon to follow, or without recognizable patterns of light to indicate the sky above, or dark to indicate the ground below, can become "trapped" by steady burning lights. In such cases, the area below them appears lighter, due to the lights, while the sky above appears darker, reversing the birds' sense of up and down. Birds can circle such lights long enough to die of exhaustion or collide with a structure.

Murphy said AES is drafting a final report on the incident, which will be submitted to the DNR and the U.S. Fish and Wildlife Service. Further comment from the DNR was not expected until after that report is reviewed.

On Sept. 24 at NedPower's Mount Storm wind farm, 59 birds and 2 bats were killed. Thirty of the birds were found dead in the vicinity of a single wind turbine that was reported to have internal lighting left on overnight.

On May 23, 2003, 30 birds were killed at Mountaineer Wind Energy Center on Backbone Mountain in Tucker County, after lights were left on at a substation during a foggy night.

"Wind energy has the potential to be a green energy source, but the industry still needs to embrace simple, bird-smart principles that would dramatically reduce incidents across the country, such as those that have occurred in West Virginia," Fuller said.

"The good news is that it shouldn't be hard to make changes that will keep these sorts of unnecessary deaths from happening again, but it's disturbing that they happened at all," she said.

"It has long been known that many birds navigate by the stars at night, that they normally fly lower during bad weather conditions, and that artificial light can draw them off course and lead to fatal collision events. That's why minimizing outdoor lighting at wind facilities is a well-known operating standard."

Fuller said the bird kills reinforce the need for "mandatory federal operational standards, as opposed to the optional, voluntary guidelines that are currently under discussion."

According to the American Bird Conservancy, the West Virginia bird kill numbers fly in the face of industry assertions that wind turbines kill, on average, two birds per year.

"Some West Virginia conservation groups have suggested that other wind farms in the state should shut down their turbines at certain times and seasons to protect birds," Fuller said. "Given the recurring bird kill problems, that idea needs to be seriously considered, at least during migration season on nights when low visibility is predicted. A wind farm in Texas is doing just that, so it is possible."

And sanctioned by many a so called environmental group, these days often with executive management that feeds off wind industry money in return for looking the other way as well as outright endorsement of this industry that was birthed by the fraudsters at Enron.

And beautiful song birds sliced up at Bull Hill!  And sanctioned by the current Federal government from the top down!