Robert Bryce: -- Wind power is an attack on rural America --

Wind power is an

Rural residents are objecting to wind projects to protect their property values and viewsheds. They don’t want to live next door to industrial-scale wind farms. They don’t want to see the red-blinking lights atop the turbines, all night, every night for the rest of their lives. Nor do they want to be subjected to the audible and inaudible noise the turbines produce.

Urban voters may like the idea of using more wind and solar energy, but the push for large-scale renewables is creating land-use conflicts in rural regions from Maryland to California and Ontario to Loch Ness.

Since 2015, more than 120 government entities in about two dozen states have moved to reject or restrict the land-devouring, subsidy-fueled sprawl of the wind industry.

The backlash continued last month when a judge in Maryland ruled that the possible benefits of a proposed 17-turbine project did “not justify or offset subjecting the local community to the adverse impacts that will result from the wind project’s construction and operation.” The judge’s ruling probably spells the end of an eight-year battle that pitted local homeowners and Allegany County against the developer of the 60-megawatt project. .... 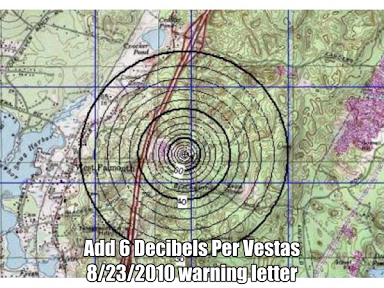