The hideous truth about wind energy, this industry's research fraud and the hidden environmental destruction

https://medium.com/@jimwiegand/comments-on-icebreaker-6bb3bad6ff66#...;   In these comments is the hideous truth about wind energy, this industry's research fraud and the environmental destruction being caused by wind energy. These comments were filed with Ohio.gov on 10/21 in response to the hundreds of 700 ft. turbines planned for Lake Erie. 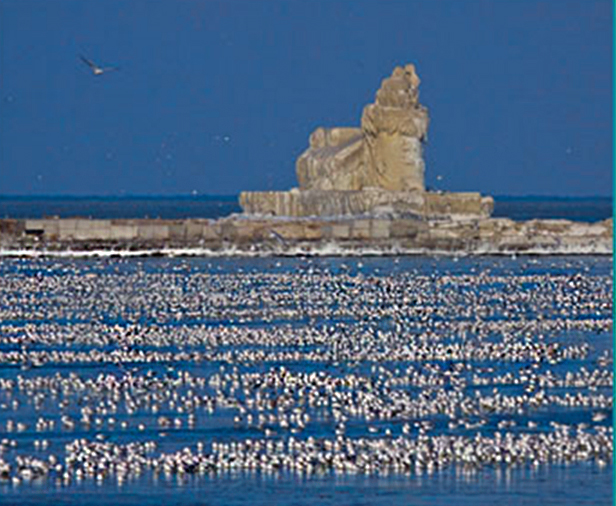 It is all disturbing, a disgrace and criminal that such a massive permanent destruction to our world, could garner untold billions in profits. Then to adding more salt to this mortal wound, we are bombarded with an onslaught of media lies praising this green mafia.

This is a very comprehensive and disturbing analysis by Jim.

His summary (I slightly edited format) of the problems with current wind industry 'studies':

Below are some of the ways I have found in my research that fake wind industry carcasses data is being created :

(1) By searching turbines that are not operational so bodies are not found,

(2) by searching for bodies in grossly undersized areas around wind turbines,

(4) By not using trained dogs in searches which could quickly find virtually every small carcasses in a large areas around each turbine,

(5) By avoiding turbines that are known to be killing the most birds at bats at a wind farms to be included in mortality studies,

(6) By avoiding searches during periods of high usage by migrating birds,

(7) By not counting mortality wounded birds that have wandered away from turbines,

(8) By not counting birds taken to rehab centers which are later euthanized or permanently placed in captivity,

(9) By repeatedly hiring industry shills to make sure that wind industry protocol is followed,

(10) by not conducting mortality searches the first year of wind farm operation,

11) By letting farming practices plow carcasses into the ground and conceal others with dense growth in designated search during mortality surveys,

(12) by outright lying about problematic data such as fatalities to endangered species, and most importantly

(13) By restricting formal search areas to the roads and cleared areas around turbines which also happen to also be the easiest areas for wind personnel to pre-scan for carcasses ahead of formal searches, and