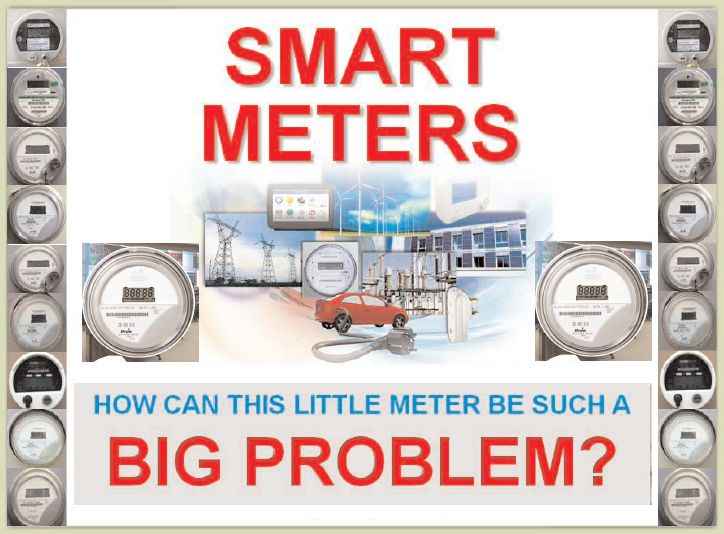 Stewards of the environment are often the first to find conflicts with man-made technologies that outpace safety standards. “Smart” electric meters, the devices Central Maine Power (CMP) is currently installing, are one such technology. There are a number of reasons for concern with CMP’s smart meter program.

Probably the two biggest issues are adverse health effects and infringement on the constitutional (Fourth amendment) right to privacy. CMP’s meters communicate by wireless radiofrequency non-ionizing radiation (man-made RF radiation). Thousands of studies of the effects of man-made radiation on plants, animals and humans have been alarming.

Growing movements are spreading rapidly across the country in opposition to the widespread deployments of smart meters, deployments fueled in large part by state funding from the Department of Energy. More and more critics are calling this a massive experiment on the American people and a problem that may become the next asbestos or second-hand smoke.

A word of advice, when you see a new program come along with a name that contains a word like "Smart" or "Community", put up your guard and hang onto your wallet.

Wind is potentially an electric  grid keeper's worst nightmare because the grid keeper must match electrical supply with electrical demand, and erratic wind holds too many surpises. For example, the whole state of Maine could be experiencing strong winds and then rather suddenly, the wind dies down.

When the supply can't be depended upon as is the case with a source like natural gas, an alternate way to match up supply and demand is to control the demand. Enter the smart meter.

"A smart grid would allow the integration of variable energy sources like wind and solar. For example, if electricity output dropped suddenly due to a change in wind generation, the grid could dim the lights in big box stores by 20%, a change most people don't perceive, say Don Von Dollen, program manager for the IntelliGrid project at the Electric Power Research Institute".

The more you learn about the so called smart meter, including its demand-regulating role within "central planning's" grand vision, the more it smarts. You don't really need that air conditioner on just because it's 95 degrees and humid and you are trying to sleep, now do you?