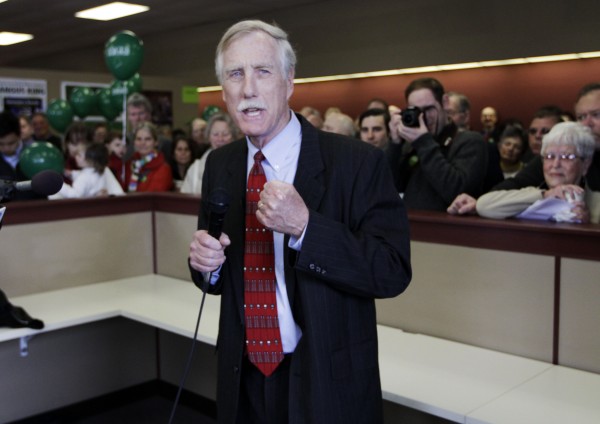 BRUNSWICK, Maine — Angus King is keeping people guessing whether he would side with Democrats or Republicans as a U.S. senator.

“I want to keep ‘em guessing,” King told The Associated Press on Monday, the day he formally opened his state headquarters. “I think I can be much more effective by not making that decision and by postponing it as long as possible. I’d like to postpone it forever.”

Speaking to hundreds of supporters who clogged his Brunswick office, King promised that Maine voters, not partisan politics, would guide his decisions on Capitol Hill. But he repeatedly criticized key Republican policies during the AP interview, suggesting that he is ideologically aligned with Democrats.

The state GOP seems to think the guessing game is over. It’s attacking King for his former wind power company’s loan guarantee. The National Republican Senatorial Committee has already produced a negative Web video suggesting that King’s candidacy is the result of a “smoke-filled back room deal.”

The state’s best-known Democrats have declined to enter the Senate contest for fear a divided Democratic electorate would allow for a Republican victory in a state that leans distinctly left. Snowe, a moderate Republican, has represented Maine in the Senate since 1995.

The Senate has 51 Democrats, 47 Republicans and two independents who caucus with Democrats. Control of the Senate will probably be decided by a handful of races in November.

Or a slightly different version in the Bangor Daily News here.

I'll get us off foreign oil by putting us on my snake oil and run this state and country into the ditch once and for all. But I'll do just fine. And that's what's important. 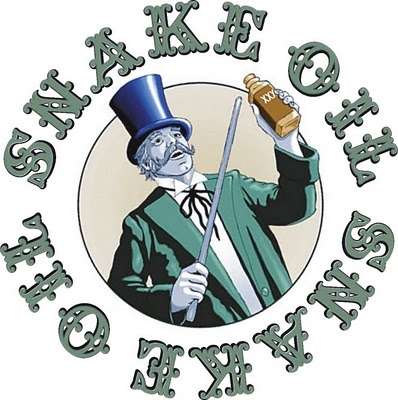