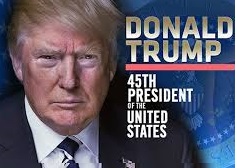 28 turbines in Mars Hill, Maine began spinning late in 2006. The neighbors described hearing a “phfoop … phfoop … phfoop” noise when the first windmill was turned on. Noise issues were taken to town officials in January 2007.

In 2007 residents asked what will the long-term effects of exposure to the windmills be? The questions remain unanswered.

Massachusetts is shutting down the commercial megawatt turbines.

The Falmouth wind turbines were shut down by up to eleven multiple Massachusetts litigation cases in June of 2017.

The courts determined that wind turbines are a nuisance.

The symptoms said to be associated with wind turbines, such as tinnitus, sleep problems, and headache, are extremely common in twenty-one general communities in Massachusetts.

A review of symptom reporting by people living in the vicinity of wind turbines in Canada and around the world indicate that the prevalence of reported symptoms was consistent with symptoms in the general population of Massachusetts.

The Massachusetts news media would have you believe millions of people around the world are a bunch of Hollywood actors making up and sticking to the same story that wind turbine noise and shadow flicker has been making them sick for the last ten years!

Scientist N.D. Kelly produced a research paper prepared in November 1987 for the US Department of Energy that demonstrated that the "annoyance" is caused by wind turbines. What happened in Boone, North Carolina with wind turbine noise 40 years ago happened all over again in Massachusetts.

State and federal agencies have known since 1987 wind turbines cause two types of noise – Regulatory measured in decibels and Human Annoyance measured in low frequency.

A Massachusetts state agency in 2005 prepared a report for Mattapoisett that revealed:

A. Regulatory compliance: Massachusetts state regulations do not allow a rise of 10 dB or greater above background levels at a property boundary (Massachusetts Air Pollution Control Regulations, Regulation 310 CMR 7.10).
B. Human Annoyance (infra-sound ): Aside from Massachusetts regulations, residences must also be taken into consideration.

The Massachusetts Department of Public Health as of today has never interviewed or examined a single wind turbine victim in Massachusetts.

The Massachusetts Department of Public Health is well aware of the two types of noise from megawatt wind turbines.

One by one these turbines are being shut down:
Plymouth Massachusetts Board Of Health Rules Wind Turbines A Public Health Nuisance